Here's some latest on the authenticity of The Rice Portrait. I love art and this topic is really interesting:

in the top-right corner of a reproduction of a photograph of the portrait taken before the painting was restored, the name “Jane Austen” is visible. Next to it is revealed in two places the name “Ozias Humphry” – an established portrait painter of the period. He was a member of the Royal Academy, and a friend of other better-known artists of the day, such as Gainsborough and Romney. The words have been digitally enhanced using photographic tools and methods that have been independently validated by photographic expert Stephen Cole of Acume Forensics in Leeds, who has spent more than 20 years analysing photographic evidence in criminal cases. Art critic Angus Stewart, a former curator of an exhibition dedicated to Jane Austen, has seen the evidence and is impressed. “To have all these words revealed on the canvas is very, very strong. I think you’d be flying in the face of reason to deny this,” he said ( See: The Guardian, 8th June, 2012)

Then there's this : The one owned by Dr. Paula Byrne, and currently on show at the Jane Austen House Museum.

I personally considered so far Dr.Byrne's "lost portrait" is really Jane Austen because the shape of the noses but now with this "Rice Portrait” one, the nose of that child doesn't look the same or does it? Then the eyes look the same (to me) 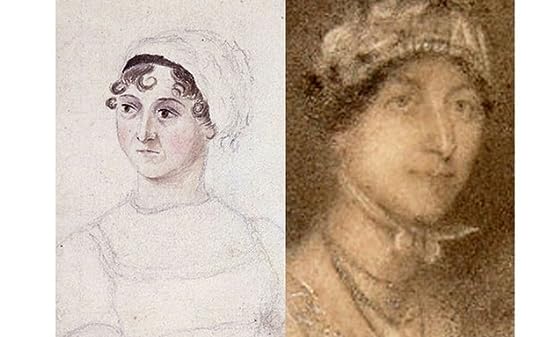 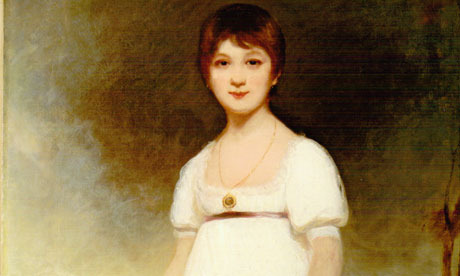 Now look at the lockets from The Rice portrait and Dr.Byrne's "lost portrait" :

The noses do look similar. I think the mouth and chin in the Rice portrait are also very much like the other two.

I would think that nose would be a family trait. Do you know if there are any portraits of her brothers to compare these with? Maybe especially Francis, since he became an Admiral of the Fleet?

What's the background on the Dr. Byrne portrait anyway? Can you post a link on it or something? I've never heard of it before.

Wow. Doesn't Byrne's portrait look like your atypical "maiden-lady Aunt"? But I like the expression of the eyes. :)

Robin wrote: "The noses do look similar. I think the mouth and chin in the Rice portrait are also very much like the other two.

I would think that nose would be a family trait. Do you know if there are any po..."

Yes the nose is a family trait so goes the eyes. I'm not sure of the site now but you may find something here: http://www.paulabyrne.com/JANE_AUSTEN...
It's there at the J. Austen's museum, I think. 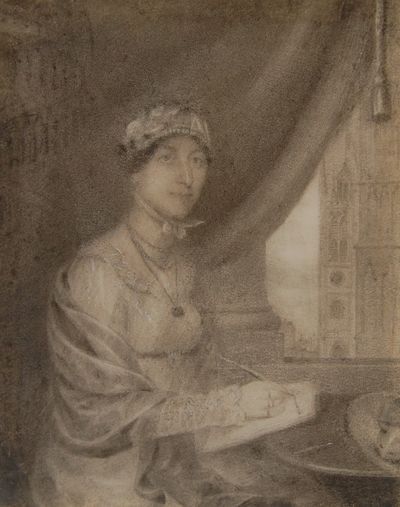 As for the family, here you go: 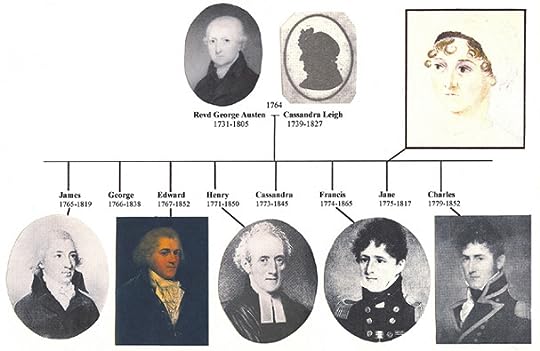 Thank you so much. The Family tree is great!

Been doing some reading about this, & I'm getting fascinated by the possibility of a real portrait of our Jane!

I saw a programme on this a few months ago. It was really interesting and her reasons why it could be the real one were, I thought, pretty strong. She explained her reasoning to 3 experts and 2 of three agreed with her which is quite impressive.
She persuaded me !!

Soph wrote: "I saw a programme on this a few months ago. It was really interesting and her reasons why it could be the real one were, I thought, pretty strong. She explained her reasoning to 3 experts and 2 of ..."
Me too, it was very interesting. She convinced me that the 'Lost Portrait' was of Jane.

I've read all the articles, but haven't seen the TV special. I do have the book of the family tree. Very interesting. Wish there was a portrait of Cassandra. The only question I'd have over the Rice portrait would be why such a well done portrait of Jane, a second daughter? That's the kind of painting that would be done of all the older ones first.
JMHO
Patg