Mod
Most of this beach consists of caves. Not very many people go here...unless it's to explore.

reply | flag *
message 2: by [deleted user] (last edited Jun 16, 2012 02:19PM) (new)
Jun 16, 2012 02:00PM
Laney looked around the beach, it was pretty bare but it seemed interesting. She ran over to one of the caves and walked inside, it led to a small pool. "I wonder if anyone knows about this?" She said to herself before diving in. Ah, the water. Laney's first love, she truly was like a mermaid. If she could sleep in the ocean she would. 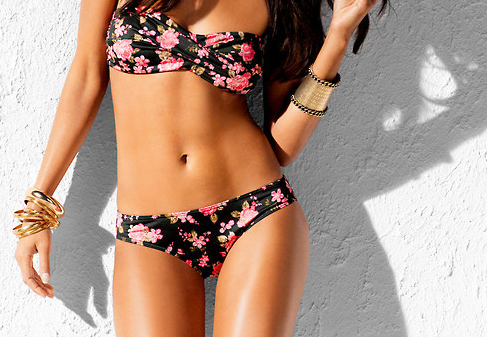 Todo leaned up against a stone wall, of the outside of a cave. His jeans and t-shirt stood out among the other people in the beach. His fingers flew over the typing keys of his cellphone, his bangs castina a shadow over his hazel gaze. "Dang." He grumbled, shoving the phone into his jean pocket.

reply | flag *
message 4: by [deleted user] (new)
Jun 17, 2012 05:58PM
Laney swam around in the small pool, her long blonde hair sticking to her tan back. She wondered if she was completely alone. She had this strange feeling that she was being watched. It was probably just her imagination though.

Might as well explore. A small voice in the back of Todo's mind suggested, as he kicked off of the wall of the cave and peered around the beach. Mainly empty, and so he turned and began to walk the length of the beach, soon disapearing into an entrance of a cave.

Hmm. Todo nearly jumped when his phone went off-playing some weird ringer of the lazy song. He fiddles in the dark to get his phone out. "Err...hello?"

"What? You still owe me ten bucks for that last bet." Todo was talking to the voice on the other line of his phone. A smirk playing on his lips.

"Fine-the bets on. Now I got to go before I drop my phone into a random pit of quick sand of something." Todo rolled his eyes after a moment of silence, "With my luck. It is to possible."

reply | flag *
message 12: by [deleted user] (new)
Jun 17, 2012 07:03PM
Laney pulled herself out of the pool and slowly walked towards the boy. She knew that he couldn't see her through the darkness. Her body dripped as she walked on the cold cave sand.

Todo muttered something under his breathe, as he stepped forward. He slipped on who knows what, and did a flip which landed him on his back. "Ouch." He grumbled.

Todo jerked a little agt the touch, but then smirked up at her. "Err...you saw that didn't you?" He asked, slightly embaressed and slightly amused, "I'm Todo-even though it sounds like something you would name a puppy."

Todo's lips curved into a croocked grin when she said he was cute. "Yeah, I don't see any flying birds circling my head so yeah, I'm fine." He said. But I might be seeing an Angel...Dang that sounds cocky even in my head. He thought.

"Well thank you. I do try my best." Todo smirked, as he dragged himself to his feet. He rubbed the back of his neck. "Okay-Caves must be bad luck for me or something." He muttered.

"My cousin. He bet me twenty bucks that I would fall off a surf board if I tried it. To bad he dosn't know I actaully do surf all the time." Todo smirked at his cousin's stupidity.

"You okay?" Todo's eyebrows furrowed together, minds wondering why she suddenly seemed uneasy, looking down. Maybe she was embaressed about walking with a guy while she had a bikini on?

"So you were exploring to I'm guessing." Todo said after a moment of silence, "Well either that or you were looking for guys who fell in the caves." He was joking of course.

"Um okay." Todo's lips curved down into a slight frown as they walked, his hands shoved in his jean pockets.

"Well what do you want to know?" Todo questioned in response.

"Um okay." Todo rolled his shoulders, slightly sore from the fall he had managed to get himself into, "Um, let's see. I was adopted when I was four years old by a couple who couldn't have kids. For the majority of my life I've been the joker. I've never kissed a girl even though I've dated a few. I defently think my real mom wanted a puppy instead of a kid and that's why I got named Todo."

reply | flag *
message 32: by [deleted user] (new)
Jun 17, 2012 10:41PM
Laney tried to giggle. "Well my parents, my brother Gabe and I live in L.A. I've never been kissed and I've only dated two guys. Um, I love fashion and photography. I'm on the swim team at my school. My nickname is mermaid, and I love Hawaii so far." She said sweetly and locked eyes with him.

"Mermaid? I don't really have any nicknames. I haven't got to tore around the state much." Todo shrugged his shoulders slightly as he spoke.

"Oh, well...really I have no idea what how to response to that. It's a sweet story I suppose." Todo said.

"Not really weird. It's better then being called Mutt because all the nieghorhood dogs follow you everywhere." Todo let out a small chuckle, "Obvousilly I'm a dog person."

Todo's lips curved up into a smirk. At least he lightened the mood a bit.

Kellan and CJ walked towards there favorite cave. Kellan was dressed in his favorite black athletic shorts and his swim team hoodie without shows. Soccer ball in one hand and his arm around her shoulder "it's so windy!" he laughed

"the usual spot?" he asked her.

They crawled into a small gave and Kellan layed on the soft sand.