Discuss The Golden Lily here.
If you want to write something that might spoil the story for those who haven't read it, put a spoiler tag.
If you don't know how to do it, click on the "(some html is ok)" button on top of the comment box.

Ok I've got a question that's popped into mind:

1. Lee was unable to use vampire magic after being turned back to Moroi in Bloodlines. How come in TGL Sonya can still use spirit? I mean both were in the same situation, i.e. saved former Strogois.

(view spoiler)[
2. In TGL in the pool Adrian said to Sydney "...see which is brighter,:your aura or the sun" and that in LS, Adrian remarked to Rose in spirit dream "Your..your aura...It's shining" (this was right after the moment where Rose was, ehmmm, close with Dimitri). See where I'm going :D?

On a random note one of my fav moments from TGL:

Wolfe to Sydney: "Nice work girl"...(and to Adrian:) "You were totally unprepared for her"
...I could've sworn I heard him mutter "That's for damned sure".
(hide spoiler)]

So, yeah I noticed that too about Lee & Sonya. My theory is that because Sonya was a former spirit user, & spirit revived her from being strigoi, she got her use of spirit back. But Lee, he was a normal user, so when he lost his, he never got it back.

@Jasmine, Mel didn't spoil anything from The Indigo spell.

Oh man I'm sorry Mel. Just woke up. I'm always like this when I 1st wake up, ask anyone I know. I coulda sworn it said TIS not TGL :S Maybe I just need my glasses.. :/
And I don't remember Adrian saying that... :S I'm due to reread it

Wakey Wakey Jasmine...;)
LOL I want to re-read them too, but I want to read The Mortal Instruments first and MY LIBRARY FINALLY GOT IT IN!!!!! :D

Will's from The Infernal Devices ;) And I'm impressed lol. A series this popular, it's hard not to see a spoiler or two.

@Renee we're on the same boat haha....except I'm still waiting patiently for the first two books of the Mortal Instruments - bought a week ago from Book Depository

Oh, they're finally in my library again after being "lost" (a.k.a overdue) and I should get them in a few days! (I'm on the waiting list, but I'm second and there's 4 copies sooo....XD

I love the part where Sydney buys Adrian a slushie!!!!
Ooooh and quote,
"Sydney:"I don't want anything from you unless it's an apology to Adrian."
Nathan Ivashkov:"What do I have to apolpogise for?"
I left."

So nice of her to stick up for him like that! 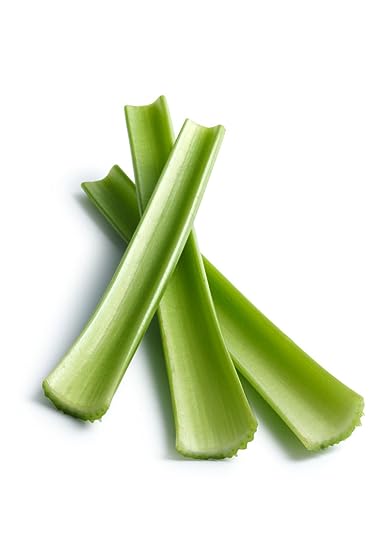 I have a question about TGL. Do you think the rest of the group (apart from Jill, and maybe Sonya?) knew how Adrian feels about Sydney?

I think Sydney feels the same for Adrian..and maybe the alchemists will somehow find out and it's going to be a bloody mess..but Adrian will defend Sydney and so on..CAN'T WAIT EITHER!

I think Adrian will save her in the end of all that from the re-education centre or prison or whereever she ends up.

I hope Sydney gets sent a re-education centre, just so that Adrian can save her.

Katherine wrote: "I hope Sydney gets sent a re-education centre, just so that Adrian can save her."

To quote Adrian in TGL: I know that if the woman I loved was locked away, I'd be doing everything in my power to reach her

I have forced myself to stop counting down, it makes it go faster....not sure how much luck I'm having...138 days!!!!

Lol Renee. Doesn't sound like it's working well at all :P

it's not! :( but I am still excited! My excitments like a slow burning fire, it's been burning since I found out that Bloodlines #3 was called The Indigo Spell! and when it's released! ^_^

135 days!!!!! I think I actually didn't think about it at all yesterday! O.O I was watching too many movies...

AHHHHHHHHHHHHHHHHHHHHHHHHHHHHHHHH!!!!!!!!!!!!!!!!! I just finished the Golden Lily and I am siked! Adrian and Sydney kissed. I'm SO happy. I just wish Sydney's response had been different. I can understand why she turned him down, but I hated reading how sad Adrian had been afterward. I wish Adrian didn't wear his heart on his sleeve sometimes. It just makes it all that more sad to read because he's sad. But I'm glad that Adrian doesn't believe that Sydney doesn't like him. Now he can chase his girl! Sydney knows she likes Adrian, she just doesn't want to admit it to herself and she also can't like him back because she's an alchemist and we know what they do to their kind for becoming too involved with vampires. I can't wait for the Indigo Spell!!!! :P

I am also sad that we Adrian was left hanging at the end like that, but at the same time, I'm thrilled that Richelle wrote with Sydney's voice 100%. That is the only Sydney response that I imagine. Now had she stayed it would have been inconsistent to her hard-drilled belief, and I mean like serious beliefs, to the point of becoming a dogma.

I also like the fact that she didn't throw away her beliefs (albeit wrong) on the spot, like some other heroines in YA novels would do. She will reevaluate her beliefs, think for herself and then eventually come around. After all that is how prejudice against stereotypes are broken. Then (hopefully) we will have lots of Sydrian moments in TIS!

I know! I can't wait to see Adrian flirting with her, 'cause god knows he wil flirt with her big time to try and get her to admit her feelings!

I can't wait for Pies and Stuff!

he he he he It's the funniest name!

@Mel, I've already tried looking for a countdown app, but I just type it into google 'cause I couldn't find one! :(

Mel wrote: "I have a question about TGL. Do you think the rest of the group (apart from Jill, and maybe Sonya?) knew how Adrian feels about Sydney?"

I think Dimitri might have had an idea, because he seems to know a lot and he could compare how he acted around Rose to how he acts around Sydney...

I think Dimitri might too Zoe. And Because he's probably realised, first that she understood Adrian so well, and also wanted to help him and that they mucked around together. :)
THEY ARE SO CUTE!!!! ONE OF MY FAVE COUPLES EVER!!!!

Perfect song for Sydney from Adrian "I won't give up" by Jason Miraz. Eveytime I hear that song I think of Sydrian.

oooh must listen to it...

ooh yeah that would be awesome