All Around Mortal Instruments (Roleplay) discussion


Here's mine...
Name: Nia
Age: 15
Gender: Girl
Look: Long, dark red hair, blue eyes http://pull.imgfave.netdna-cdn.com/im...
Combat move of choice: Have parabati create a diversion, then get them from behind
Weakness: She's late a lot
Personality: Nia can be pretty ditzy but in the middle of a fight her senses are perfectly trained.
Additional Info: Lives in Idris half the time with her mom and the US half the time with her dad. Both are shadowhunters. Her parabati is Aly.

Nicole, can my character be your parabati? I'll make one after you reply.

sure that be great! But can I wait after I get back from vacation to make my character? I leave on Tesday and come back on eithe Sunday or monday.

I'll go ahead and make my character now but can;t post again till after I get back from vacation.

Weakness: Not as good at hand to hand combat.

Personality: Aly doesn't trust people easily, and unless she really know you she can be a little cold. likes to be on time.

Combat Move of Choice: uses speed and agility runes to create a distraction while her parabati attacks.

Additional Info: has lived in the Instuite bascily her whole life after her parents were killed by a pack of werewolves.

Combat Move of Choice: Good at hand to hand combat, uses a bow and arrow. Very agile and flexible.
Weakness: Rushes into things, too trusting, claustrophobic.
Personality: Jez is very trusting and friendly. She's very outgoing and bubbly and has also been described as eccentric. Jez is a total flirt and loves playing with boys' hearts.
Additional Info: Always wears a heart shaped locket.

Combat Move of Choice: Sweeping leg kick then locking the opponent onto the floor.
Weakness: Has a terrible fear of fire as he was almost burnt alive once.
Personality: He's observant and usually quiet an agile shadowhunter and not too big in stature so he can slink around. His favourite weapons are his Seraph blades and is a master swordsman. Great floor person (aka locks, slipping away from locks, etc.)
Additional Info: He has visited family in Idiris but never lived there, spending most of his time in Paris or other European capitals. Both his parents are Shadowhunters but trust him on his own in the Institute. 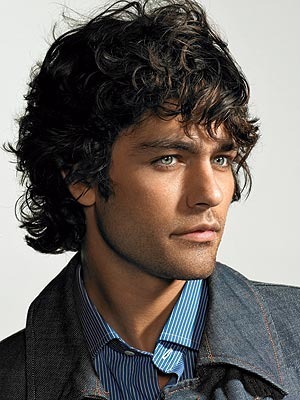 Jones is tall and strong. He does have a scar from an attack, across his back though.

Combat Move of Choice: He's mainly for sneak attacks and is a master at them. From above, from behind, he's got it covered.

Weakness: He's not too good with weapons; bows and arrows, spears, etc. prefers hand to hand or stealth attacks.

Personality: He's very clever and straightforward but also a good mentor. He respects your privacy and space as a young shadowhunter but watches over so you don't make the bad decisions.

Additional Info: Can he be the New York Institute leader? Cause we don't have one yet.

Cool! Yeah sure! Yay we have a leader!

Yaaay! Just thought since we were lacking in that department. He'll be at the institute!

Combat Move Of Choice: He likes to play games...he'll leave you spinning in circles. He is very good with swordplay and knife-throwing.

Personality: He's a smartass. He loves to use sarcasm in basically every sentence. But he's also hard to figure out. He doesn't say much, and when he does, you'd better listen because it's usually important. He figures life is a gift that he doesn't plan on wasting.

Additional Info: I love bad guys...can he end up being the villain?????

((Sure! Right now the plot is that the Vampires are planning on wiping out the werewolves, so the wolves are going to attack before the vampires get a chance. The Shadowhunters are siding with the wolves. Start wherever you want.)) 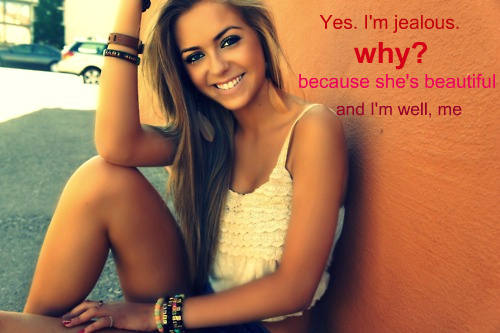 Combat Move of Choice: hand to hand combat
Weakness:  Rune drawing....she doesn't draw.
Personality: Alexis is really nice. She doesn't tolerate bullying and would do anything to protect and help her friends. She can be moody sometimes on bad days, but for the most part she's happy.
Additional Info: What are we doing, and I'm not done

Right now the plot is that the Vampires are planning on wiping out the werewolves, so the wolves are going to attack before the vampires get a chance. The Shadowhunters are siding with the wolves. Start wherever you want. Everyone is at the institute training right now.

Right now the plot is that the Vampires are planning on wiping out the werewolves, so the wolves are going to attack before the vampires get a chance. The Shadowhunters are siding with the wolves. Start wherever you want. Everyone is making plans right now at the institute.

Look: http://www.google.com/imgres?q=lucy+h... (But with golden eyes)

Personality: Easy going, friendly, a little sarcastic at times. She loves being a shadowhunter and couldnt imagine what life would be like if she wasnt one!

Additonal info: Is a master with a bow and arrow. Recently moved from the California institute to New York on her own.

Personality: Poppy isn't really the girl you want to mess with. She is just like a bee. Dont mess with it and it wont sting you. Or in this case; Punch. She's acctually very quiet and doesn't come up to people and start talking. Poppy tends to stray away from people.
Additional Info: Poppy is acctually half Warlock and half Shadowhunter. She doesn't really tell anyone.

Personality: Damien isn't really someone you want to mess with. He has a knack for tricks and pranks. He is very arrogant and has a very big ego. Can be a bit cocky and isn't that much an open book. Damien is slightly blunt and isn't very guilty about it. He takes things seriously and points anything out.
Additional Info: All of his family died when he was 14 from a demon attack

Yay! You joined! Okay plot: Vampires are planning on wipping out the werewolves, werewolves plan on retailiating, Out in the streets topic there was some strange Demon, One Shadowhunter (Nik) betrayed the rest with the help of a warlock. His motives are yet to be seen,

Okay. So, do you just want me to jump in?

Well Nik is making his escape now, with one of the Shadowhunters under the control of his warlock partner, so maybe after that? Althought the one member is on vaction and won't be back on for like 10 days...)) 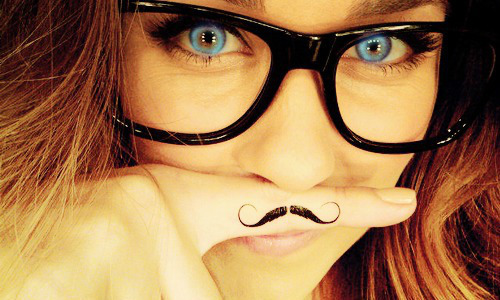 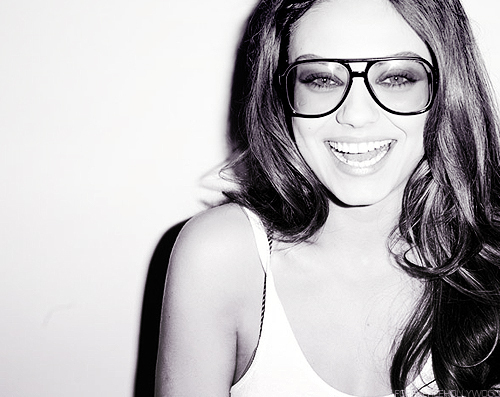 Jaze has brown hair that goes past her shoulders. Her blue eyes stand out and she's always wearing her pair of glasses. She has a faint tan that keeps her from looking like porcelain. She's below average height for her age, which can annoy her. She wears jeans, skirts, tank tops, tee shirts, ect. Anything that fits her mood. She pretty much only wears one pair of shoes, that happen to her bright yellow high tops.

Combat Move of Choice: She hits all of the sensitive places on her opponent's body first, then uses her seraph blade to actually start the real fight or end it.
Weakness: Sneak attacks when she least expects them. Trust.

Personality: Jaze is a lovable girl. She can be shy when around someone new, but if she decides the person is okay, she opens up quickly. When someone insults her, she either ignores it and takes it silently, or she gets a backbone and throws some words back at the jerk. She can go from having fun and hanging out, to being a Shadowhunter within' a minute.
Additional Info: If you tease her about her glasses, you'll get her ticked off.
History: Jaze's mother died when she was born. Her father was heartbroken, but managed to keep it together so he could raise her. He was a good dad, one that most kids would have fun with. But he couldn't support her very long.

When she was eight, her dad got a call from the bank. He didn't have the money he needed to raise his child. Jaze turned into a foster kid and remained that way until she was fifteen.

At fifteen-years-old, a man walked into the foster home and adopted her. But something was off about him. She told the lady her suspicion and swore that the man wasn't a man. But the lady didn't listen and Jaze ended up walking out with a new dad.

A dad who dragged her into an alley and tried to kill her. The man was a demon. It went on and on about how she was a little old not to know her Shadowhunter parentage. Apparently, her mother was an exiled Shadowhunter from Idris. Jaze tried to trick the demon into telling her why her mother was exiled, but it wasn't that stupid.

In the end, she didn't kill it since she didn't have a weapon to. Instead, the cops drove by and noticed a man attacking a teen girl. They pulled over and tried to arrest him, but the demon simply growled before it scaled the side of a building and vanished.

Jaze got a scare from that demon, one that runs diagonally across her back, from her shoulder to her waist. She now lives at the Institute with the Lightwoods. NO ONE KNOWS THAT HER MOTHER WAS EXILED OR HER FULL HISTORY.

Thanks for Joining! We're kinda paused right now because of only a few active RPers and one went on a 10 day Vacation, but should be back soon!

Got it! And I love the TMI series, so of course I joined. :D So, what's exactly happened so far in the Rp?

Maybe when we come back to the Insitue?

Mmmm, okay. You want Jaze waiting there for you?

Gotta say, that picture is awesome.

Cool character Artemis, I guess wait at the Institue for us, or come out to the Streets.

Can Jamie have a crush on Skylar?

All Around Mortal Instruments (Roleplay)