Mod
Name:Sara valentine
gender: Female
age: 17
Story: Was in the bathroom putting on make-up with her friend mckenna and she woke up in there hours later in a bathroom stall marked.
Appearance: Long blond wavy hair. Milk chocolate brown eyes. Cute button nose. Smooth complexion with a hint of a tan.
Family: older sister, 20 mother, 42. Father, 43
Boyfriend/girlfriend/crush: No comment
Special talent: she's an amazing actor and leader of the dark daughters she also has a special connection to fire
What year: she's a sixth former

Story: Her and her family went on a trip to visit her cousins across the country. When they got off the plane, a strange boy followed her all the way to her family's house. Late in the night, she went outside to check on her cousins dogs (who lived outside), the boy jumped over the fence and knocked her out. When she woke up, she had a crescent moon outline on her forehead. From that day on, her family disowned her and refuses to talk to her.
Appearance: 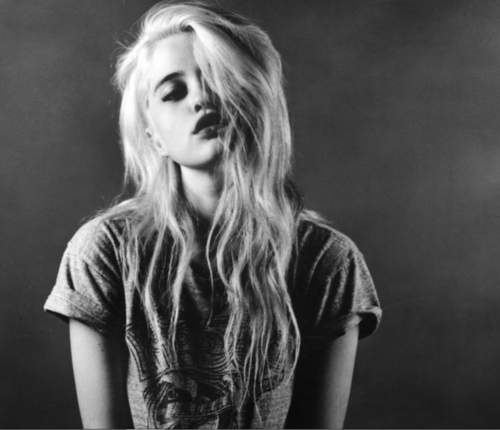 (view spoiler)[ [image error] (hide spoiler)]
Family:
~Mother (deceased)
~Father (unknown)
~Brothers (3)
-Marcus
-Felix
-Zane
Boyfriend/girlfriend/crush: Not even a thought.
Special talent?: Strange as it seems, she can connect with the spirit world. Being able to see ghosts, and lost loved ones. As a reminder, her eyes are a ghostly blue, and constantly glow. Although she hasn't been marked by Nyx yet, she has a very strong connection with Spirit.

Name: Aurora Drake
Gender: Female (duh)
Age: 17
What year: third former
Story: She was at the movies with her friend and when she walked out of the theater the mark was there.
Appearance: wavy brown hair. Very wide and deep blue eyes. creamy skin. she has long legs and a slender shape.
Family: Her mother is 38 and has been in and out of asylums her whole life. Her dad died when she was young. She has a little brother that she loves more than anything.
Boyfriend/girlfriend/crush: I'll figure it out later....
Special talent: she is a very talented writer and has an amazing sense of metaphor. Is a very good swimmer and feels very connected with water.

Mod
Name: Kairi underwood
Gender: Female
Age:16
What year: Third former
Story It started when her mom found out she was pregnant when she was 16,Her mom quickly decided she wasn't ready to be a mother and when Kairi was born put her up for adoption,When no one adopted her she was stuck in an orphanage,She was alone most of the time,But her personality stayed the same through it all,And she made it to where she is today.
Appearance: http://4.bp.blogspot.com/_KZ5qdgu3avM... Her mark is the triple moon with vine like intricate designs across her shoulder blades and down her arms to her wrists and across her forehead they look like vines spreading from the cresent moon on the middle of her forehead her mark is red she also wears a silver moon and star circlet on her head she normally wears her grey skinny jeans and blue tee shirt and knee high converse sneakers with a 2 inch heel shes 5'0 ft tall
Family: A mother but her whereabouts are unknown
Boyfriend/girlfriend/crush: Single
Special talent?: She has a good singing voice and very talented at poetry she also has a connection with earth

Name: Skylar Vick
Gender: Male
age: 17
what year: Ffifth former
Story: he was at dinner with his girl, she suddenly screamed and ran out, he had his mark.
appearance: short blonde hair with brown under, charcoal eyes with silver flecks. Dark blue tattoos cover his arms and chest, down his neck and around his forehead. They are almost ike whisps of air.
(without the tatts)
http://www.a1social.com/wp-content/up...

Family: he's a close friend to Autumn
Boyfriend/girlfriend/crush: none
Special talent?: he is rather good at sketching and painting, a landscape or desert is his favorite. Also has an affinity to airl

Mod
He's approved! And thanks for making the first boy!

Name: Kyra
Gender: F
age: 14
what year: She is what some people call a second former, since she was young when she was mrked.
Story: se grew up intulsa in an abusive household. NYX savedher by marking her and brining her to HON
appearance: http://fc05.deviantart.net/fs70/i/201...
Family: none
Boyfriend/girlfriend/crush: no one yet
Special talent?: Affinity for Water

Mod
*nods* approved p.s. can you make sure to invite people to this group

Name: Patch Grigori (though his real name is Jez)
Gender:male
age:17
what year: fifth former
Story: Patch was sort of a bad kid. Used to get into a lot of fights and so his buddies would always patch him up afterwards. Hence the nickname. He gambled a lot, playing pool and getting into street fights. That was how he made his money because he was an orphan and ran away from the orphanage. In the middle of a very important street fight, he was marked, temporarily confused, his opponent punched him and knocked him out where he woke up a couple hours later in the back seat of his buddy's car driving to the HON.
appearance: He has a lot of scars on his body form fights but not too gruesome. Brown hair green eyes, tanned and muscular, about 6 ft tall and has sapphire marking of neighing horses framing his eyes and forehead. Intricate designs of different horses as well as other animals over his chest and back and shoulders down to his wrists.
http://www.google.ca/imgres?hl=en&amp...
(like that but with the features i described)

Family: no family. orphan
Boyfriend/girlfriend/crush: straight and open
Special talent?: Though he is definitely rough around the edges, he has always had a soft spot for animals, especially horses (though he had never actually ridden one until hon but he had always dreamed about doing so) Patch has an affinity for horses specifically, though all animals love him and vice versa

reply | flag *
message 20: by [deleted user] (last edited Jun 23, 2012 01:05PM) (new)
Jun 20, 2012 09:10AM
Name: Cameron Lee
Gender: Male
age: 16
what year: forth former
Story: He was hanging out with a good 'friend' when he got marked, and didn't get to say anything to his family
appearance: http://www.google.com/imgres?q=sexy+t...
Family: He considers anyone he used to know part of his family, even though his mom disowned him before he even got marked. His step-mom and sister call sometimes, but not his dad.
Boyfriend/girlfriend/crush: TBA
Special talent?:

Mod
Name: Rose Evans
Gender: female
age: 16
What year: fifth former
Story: she woke up in an alley marked
appearance: blackwavy hair that goes down to waist, light blue eyes, freckles on button nose, her mark is surrounded by the sapphire marking of roses that go almost down to her cheek bones and spread across her back
family: dad and sister
Boyfriend/girlfriend/crush: none at the moment
Special talent: affinity for emotions of people.

I_love_you wrote: "Name: Cameron Lee
Gender: Male
age: 16
what year: forth former
Story: He was hanging out with some friends when he got marked, and didn't get to say anything to his family
appearance: http://www.go..."

Name: Ellie Cain
Gender:Female
Age: 16
what year: forth former
Sotry: She was having fun with her family one night and then headed out with her friends to a bar and when they came out and so did she she got marked in an allyway.
Appearance: http://fashionsdesigns2012.com/2012/c...
Family: mother, father, and brother
Boyfriend/Girlfriend/Crush:open
Special talent: Fire

Mod
Welcome and thanks invite friends!

hey vixen gurl when have u been on? it feels like ages :)

ive been on for a while! ive got a male charrie here named patch, thinking about making either another male or a female but theres not enough girls here so maybe another guy
and yeah, we need to rp more!

lol oh patch sounds so much fun patch like from hush,hush lol yeah we do need to rp but we need more gurls and guys thought but idk who to u know since im a forth former i thought of being like aphrodite and being a sixth but idk about that

YEAH!! thats where i took him from!!! but i could remember what his real name was at the time. wait was it Jez? something with a J? do you know cuz then im probably gonna change it. Right now his real name is Danile :S

i can make another guy whos forth former if you want?

Oh awesome! Oh you are so cool! Yes it was Jez! Yeah a J! lol oh okay. Oh well I guess yeah if u can.

Name: Oliver Michaels
Gender:male
age:16
what year: fourth former
Story: Oliver is a surfer through and through. Loves the ocean, loves the sea, he's a pisces, a water baby. He was marked in the middle of catching a big wave which caused him to eat it pretty badly, almost drowning. His brother managed to save him and take him to HON
appearance: He doesnt have your typical surfer body, tanned and all big and muscular. He still has muscles but is lean and for some reason doesnt tan. He's not pale but he just doesnt get darker in the sun. Black hair blue eyes.
http://www.google.ca/imgres?hl=en&amp...

Family: Brother mom and dad though he only keeps in contact with his brother after being marked
Boyfriend/girlfriend/crush: straight and open/tbrp'd
Special talent?: Affinity for water

Story: she was kidnapped when she was 15 an held for 5 days before she was marked. Her kidnapper saw her mark and freaked out and let her go. 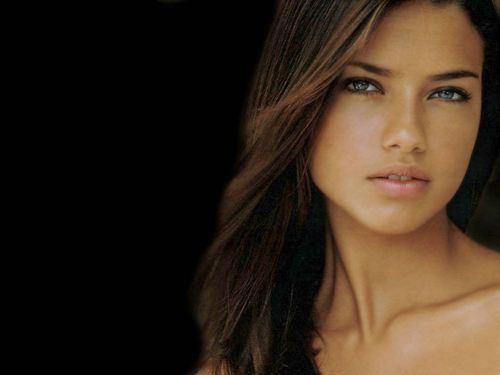 Family: older brother and mom. (dad died in the war.)

Special talent?: manipulates shadows and an affinity for spirit.

I_love_you wrote: "Name: Cameron Lee
Gender: Male
age: 16
what year: forth former
Story: He was hanging out with some friends when he got marked, and didn't get to say anything to his family
appearance: http://www.go..."

Story: she was kidnapped when she was 15 an held for 5 days before she was marked. Her kidnapper saw her mark and freaked out and l..."

Name: Michael Grey
Age: 17
Gender: Male
what year: fifth former
Appearance: http://www.google.com/imgres?um=1&amp...
Story: He was hanging with his friends one day and they were having a party and he walked home with his friend erik and when they were walking home he somhow got marked and erik didn't know what to do so he brought him to the hospital and they said he could do nothing and after that he just left at house of night knowing it was his last option.
Family: his sister and his friend erik is the closest he's got
Boyfriend/girlfriend: open
Personality: likes to keep to himself but can be fun to be around and likes to talk a lot but also depends on his mood
Speial talent" Water

The house of night rp group