73 views
Anyone else feel Ash and Puck should be I dunno...hotter?

Maybe it's just me but Ash and Puck aren't nearly as hot as I imagined them to be in my head :/ Ash doesn't have jet black hair and mercury eyes. Puck doesn't have that smirk I always imagine Puck to have and he doesn't even have green eyes or red hair and Meghan looks like she belongs on the cover of a Target catalog.

Yes, I agree with you. The person they chose for Ethan was sexy as heck, but Puck and Ash was a fail :(

PS: I refuse to acknowledge that those two on the cover is Ash and Puck. To me they are random people on the cover. Maybe the bad guys...

I was thinking they were Puck and Ash in a alternate non-attractive universe ha-ha.

I think the other covers are a lot better.Iron Knight and Iron Queen are the best of the iron fey series.

The cover's unimportant just go with the images in your head.

I was a little-a lot disappointed with those models! 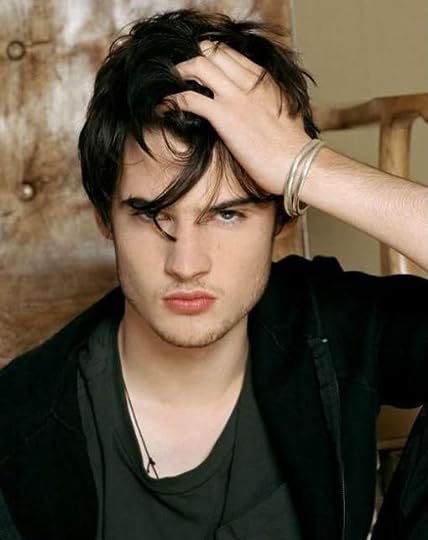 YES!!! They are soooo not what I imagined... and why is Puck squinting and...wearing a collared shirt in such a...non-puckish style

Sandovita wrote: "I was a little-a lot disappointed with those models!

hmm~ but I came to know this series because of the Iron Knight's cover. I mean, I bought it because of the cover and surprisingly it became my most favorite series of all.

BUT HEY I LOVE YOUR PICK! I Think Tom would be fit for Ash!

they r sssssoooooooo much hotter in my head.... i don't think they can find anyone to match them in the real world.....

lol I usually ignore the cover and go with my imagination :P

has anyone read the extras Julie Kagawa wrote?
like the Valentines date of Ash and Meghan?
And the Ash's letter to Meghan?

I really love this cover, so much that I kept it from the library the maximum time allowed! And took a picture of it too.

Puck does look pretty much like he does on the back of The Iron Knight. And Ash too, except his hair should be darker and eyes more silvery. But I love how both of them are looking at her, as they both love her.

And I like how Ash and Puck have their backs to each other, as it's so symbolic of their relationship:Friends at one time, then frenemies, then rivals and finally enemies. That tension between them is obvious.

Megan doesn't look like she does on the other covers, but it's not too bad. I didn't realize these are models, I thought they might be illustrations albeit SUPERIOR quality....

BTW, the cover of Iron Knight got me discovering this series. I picked it up and thought this looks like my cup of tea. I then saw it was #4 in a series.

The Iron Legends (other topics)