This topic is about In Cold Blood
8 views
Camera Rolling for ROLEPLAYS!! > Shenmore Cove

Let the case be opened on the crime investigation of the century, where many are already busy investigating & pouring over the very limited evidence that was found at the scene of the crime. 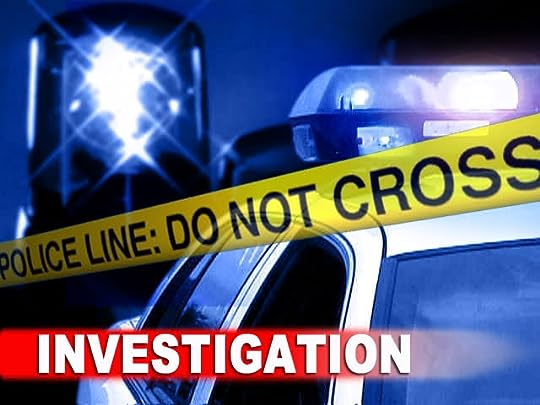 Don't forget to check for finger prints, hair, scraps of material and note the time of death of the murder victim (if indeed it is a murder). Will you work alone or have a trusty side-kick to help you solve the case and pleed your theories to the crown court, thus helping to promote justice!?
...

History: Mark Dawson was promoted to ‘detective inspector’ after working eight years on the Harken case, where he successfully located a secret illegal society of the smuggling trade and put 80% behind bars.

The wooden table contained eight draws for paperwork (with four either side of my chair) and ample writing space on top, where a slim modern computer and keyboard rested next to a silver plaque that was attached onto the desk’s front with tiny silver screws; it read ‘DCI Dawson’. As I continued to observe the surrounding of my new office and familiarize myself with its layout, a knock at the door sharply awoke me from my thoughts. I gave a small sigh and positioned my body so as to sit upright in the cracked, leather desk chair.

Before I had time to even draw breath a young man whom I presumed to be in his late twenties dressed in an expensive, crisp pin-striped suit strutted into my office after shutting the heavy Oak door behind him. He wore a slight smug expression upon his pale slim face, as he stood to attention before me with his hands clasped behind his back like a quaint English schoolboy.

“Sir I am Sergeant Cutter from the Harrogate office. I have been sent to join you here as you’re second in command and assistant.”

I nodded to the young lad who stood most apprehensively and nervously before me, who presented me with a sure sign of inexperience across his young face. The London office was obviously having a good joke by sending me a naive and no doubt incompetent Sergeant to aid me in my coming investigations, thus making me realize the implications of moving higher up in rank; such as a dimwitted sidekick and an appallingly scruffy office. What once had seemed to be a ‘dream job’ was now beginning to look less bright and shiny, as my first case had been delivered and handed to me in a grey paper folder. The details were exceptionally brief as all they told me was that it was a simple suspected murder case, thus named ‘Shenmore Cove’. The hope of sorting out this presumed simple case in a hurry was a foolhardy assumption, as the saying ‘there is more to this than meets the eye’ all too soon became apparent…