reply | flag *
message 2: by [deleted user] (last edited Jun 24, 2012 09:27AM) (new)
Jun 12, 2012 07:59AM
Name: Willowfern
Age (in moons): 17 moons
Gender: Female
Rank: Deputy
Appearance: Willowfern is a pale gray she-cat with orange and brown spots. She is slightly fluffy, very small, and has green eyes.
Personality: Willowfern would die for her clan. She is super loyal, kind, and fierce in battle. She loves kits, and really wants some, but she's deputy. Her clan always comes first, so no kits (at least for now)...
Strengths and Weaknesses: Willowfern is a really good warriors, but not the best hunter. She is really good at climbing trees.
Kin: Her parents are dead, her sister is Honeywing.
Mate/Kits: Open...
History: Willowfern was born to a ThunderClan mother and father, but they both died two moons later. She and her sister were raised by the whole clan.
Other: She mentors Icepaw.

Mod
I'll make Honeywing, can she be the medicine cat? 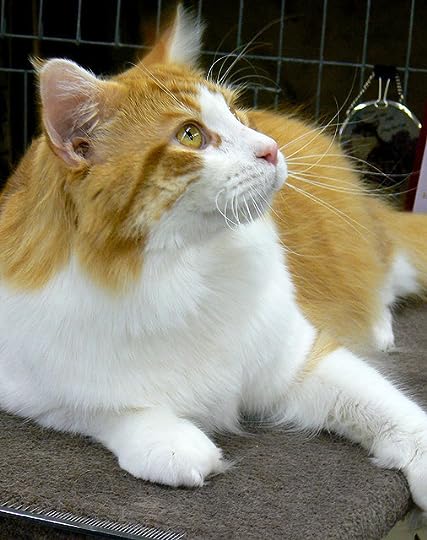 Personality: She's gentle and wise, but she is very insecure about herself since her mentor died early and she had to become a medicine cat very early.
Strengths and Weaknesses:
Strengths: Medicine
Weaknesses: Her sister. She always tries to keep her in camp if she's wounded and she would always treat her before her other clanmates
Kin: Willowfern (sister)
Mate/Kits: Actually forbidden but anyway :) OPEN!
History: Honeywing and Willowfern were born to a ThunderClan mother and father, but they both died two moons later. She and her sister were raised by the whole clan.
Other: -

Mod
Yeah, she is! Willowfern is cool too (: I like the name 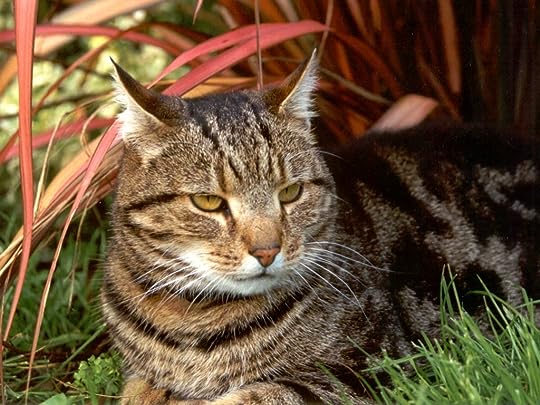 Personality: He's rather quiet and doesn't like to speak up in Clan meetings. He can not fight very well but is exellant in hunting. He isn't hostile and doesn't try to solve problems with fighting.
Strengths and Weaknesses:
Strengths: He is exellent in hunting
Weaknesses: He can not fight very well
Kin: Dead
Mate/Kits: Sparkstar/None
History: Normal, normal, normal
Other: -

Mod
No problem :) I like him actually, glad I made him :D

*raises hand* I like to start at the beginning when it comes to this sort of rp. Would I be able to make someone's kit? (or two).

I figured they could be possible parents, but I don't want to push it on them. Also, some cat could just be without a mate, like their mate died or something or other. ~-~ .... I feel like I'm godmodding...... Um. Yeah... Or I can cause a little drama for my charrie, and have them be abandoned from another clan, but they don't know which, and a cat from Thunderclan took them in? Um...

Mod
I can make a queen. Well, I'll make one anyway xD 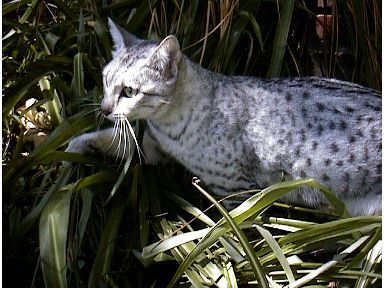 Personality: Cherryblossom is a loyal cat, who would defend her Clan, her kits or her mate. She would never give up, even if the situation looks like it can't be won. She tries to solve problems without fighting but if she does have to fight, she fights with the strength of TigerClan. She is not afraid to brake the warrior code if it's best for her Clan. ((She's almost like Firestar))
Strengths and Weaknesses:
Strengths: Loyal, not afraid of anything
Weaknesses: She breaks the warrior code if she thinks it's best for her Clan, she was a kittypet once and if someone calls her 'Kittypet' she get's very angry
Kin: Tawnypaw (son)
Mate/Kits: NEEDED!/OPEN
History: She was a kittypet once, but she decided to leave
Other: When she was a kittypet she was called Blossom and she requested that her warrior name is 'Cherryblossom'

Mod
I love the name Cherryblossom!

So, could she take care of my kit?

Name: Icepaw
Age: 9 moons
Gender: She-cat
Rank: Apprentice
Appearance: She has short silver fur, black tail-tip and paws, and blue eyes.
Personality: Icepaw is an enthusiastic and caring apprentice, and loves hunting. She is sometimes forgetful, but also fierve in battle.
Strenghs and Weaknesses: Her strengh is being a great hunter, but her weaknesses are being forgetful and a klutz.
Kin: Whitepaw (Brother)
Mate/kits: Too young
History: Icepaw was found at the edge of Clan territory with her brother when they were 2 moons. ThunderClan brought them into the Clan and raised to be Warriors.
Other: Her mentor is Willowfern.


Name: Whitepaw
Age: 9 moons
Gender: Tom
Rank: Apprentice
Appearance: Pure white fur with blue eyes. HE IS NOT DEAF!!!
Personality: Whitepaw is outgoing and adventurous, but also daring and gets into trouble often. He cares alot about his sister, and will defend her at all costs.
Strenghs And Weaknesses: His strengh is being an excellent fighter, and his weaknesses is being foolish and daring.
Kin: Icepaw (sister)
Mate/kits: Too young
Hostory: When he was 2 moons old, he was found at the edge of Clan territory with his sister. They were brought into ThunderClan and raised to become Warriors.
Other: He is fiercely protective of his sister. Though some cats think he is deaf because of his white fur and blue eyes, he is NOT deaf. His mentor is Sparkstar.

reply | flag *
message 41: by [deleted user] (last edited Aug 15, 2012 10:29AM) (new)
Jul 20, 2012 08:06AM
Name:Tawnypaw -> Tawnyfeather (Tawnypaw right now)
Age: 12 moons
Gender: Tom
Rank: medicine cat apprentice
Appearance: http://www.catiodesigns.com/wp-conten...
Personality: has an attitude, cares for the Clan, wants to do his best for the Clan
Strengths: herbs
Weaknesses: his attitude can get in the way...
Kin:Cerryblossom (mother)
Mate/Kits: too young
History: strenghts in medicine and dreams of StarClan, a StarClan cat told him he needed to become a medicine cat
Other: mentored by Honeywing and a StarClan cat(Jayfeather; Tawnypaw is later named after him. The medicine cats visit the Moonpool and Honeywing names Tawnypaw.) since Honeywing is still kinda learning, the same StarClan cat (Jayfeather) that told him to be a medicine cat teaches him and then Tawnypaw helps Honeywing (when she needs it)
NOBODY KNOWS ABOUT JAYFEATHER BUT TAWNYPAW.

reply | flag *
message 42: by [deleted user] (new)
Jul 20, 2012 08:08AM
can i be Cherryblossom's kit? i know she doesnt even have t have a mate, but we can work around it, cant we? like, no one but Cherryblossom knows, i could be half Clan (not calling you disloyal Cherryblossom, just a suggestion!!)

Mod
That's great Alexis (: and yes, he can be half Clan , that's no problem. So we just need someone who can make the tom Cherryblossom had kits with :D in wich Clan should he be?

RiverClan? idk. it doesnt matter^^ i'm not picky. but i can make the tom if i have too.

Mod
Well, I don't care either :D let's say the tom is in ShadowClan, okay?