Mod
Name:
age:
gender:
look:
History:
Is Freddy after them?:(And I hope not everyone put yes one this or I'm going to have to put limits on it then)
perso:
style:
what can they do in their dreams:(One thing)
family:
friends:
grade:
job?:
Pet?: 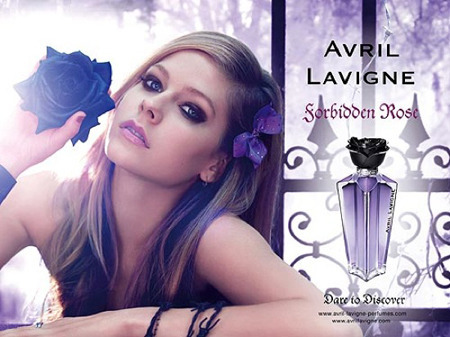 History:Ashton's mom was raped by Freddy. She was born, and sent to an orphanage before he knew. But now, he's after her. And Ashton and her twin sister in trouble.
Is Freddy After Them:You could say that..
Personality:Ashton is sort of quiet, but likes fun and danger. She's a dare devil, and was more affected by the entire "Not knowing parents" situation than her sister.
Dream Ability:Levitation.
Family:Freddy is her dad, mom is unknown.
Friends:Anyone,
Grade:9th
Job:Works at a cafe.
Pet:None 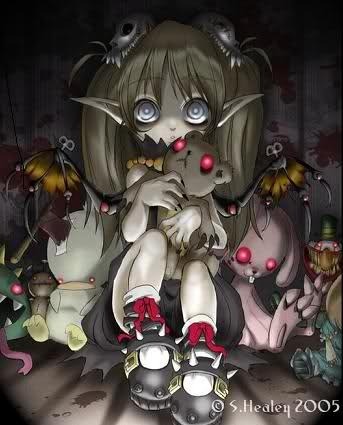 History:Alexandra was longly related to a person who killed Freddy, but he's risen. And now he knows.
Personality:Alex is quiet, and somewhat creepy.
Dream Ability:Controls things, such as dolls, teddy bears. Anything.
Family:All dead.
Friends:Open
Grade:1st grade
Job:To young.
Pet:.. 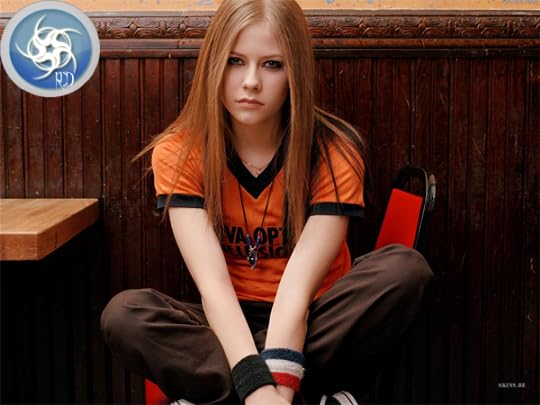 Mod
HAHA a side by side with Ashton and Erin. They look the same but you can tell by the style and what they're wearing they have two opposite personalitys

Name: Kaitlyn Moore
age: 12
gender: F
look: Brown hair, green eyes, short
History: TBD
Is Freddy after them?: Duh........yes
perso: very subtle and slight
what can they do in their dreams: run
family: none
friends: one, idk who yet
grade: 6th
job?: no
Pet?: dog

Name: Izzy Cain
Age: 16
gender: F
look: http://www.google.com/imgres?q=teen+g...
History: unknown
Is Freddy after them?: yes
Perso: kind, caring,can be mean and rough on the edges when she's not acting right, but besides that she's all good
what can they do in their dreams: hide
family: none
friends: doesn't know
grade: 10
job: no
pet: a rothweiler named isabelle

can they be friends?

Look: Melvin has somewhat spiky hair that is a whitish blonde and reaches all the way down to his shoulders. His iris' are a deep violet shade that interests people and usually gets him hit on at bars. He mainly wears a leather jacket, black jeans, a dark t-shirt, and goes around barefoot. This is the typical attire that he wears when he enters dreams in search of Freddy because it is light and easy to move around in. He carries a simple switchblade when in reality in case he has to protect himself from a gang fight or something, but the weapon always seems to disappear when he falls asleep and so he usually has to focus on his own abilities when he finds himself face to face with the famous Freddy Krueger.

History: He wants to kill Freddy due to his own personal beliefs and these beliefs have nothing to do with his loss of his loving family. His father was an abusive drinker and his mother never wanted him so she killed herself so that she wouldn't have to deal with raising a kid. His two brothers, John and Ethan, were two years younger than him and were already starting to follow in their father's footsteps. Their deaths didn't particularly affect Melvin in any which way except perhaps to lighten a burden that lay heavy on his soul.

Is Freddy after them: No. Actually, HE'S the one who's currently targeting Freddy himself!!!

Personality: Melvin doesn't show his true emotions very often and is very straight-to-the-point. He doesn't bother with sugarcoating his words because all that matters to him in the mission. He will chat and be extremely friendly with other dreamers even if only to pinpoint Freddy's next target so he can force his way into their dream and thus catch his target once and for all.

Ability: To put it in simple terms, Melvin has the ability to kill the dreamer. To explain it better, however, would be to say that he has the ability to cause physical harm to whoever it is that controls the dream. This does not just mean the person who dreamt up the original dream. Melvin can injure or kill anyone who has a grasp over the outcome of the dream. And yes, that includes Freddy. Usually the injuries he can cause are not fatal since he has just recently discovered his ability. The main downfall of Melvin's powers is that he can only remain in a dream as long as the original dreamer remains in the dream as well. He also has the ability to manipulate the dreams that Freddy controls (only slightly though!) in order to attack Freddy.

Family: All deceased, murdered in their dreams by Freddy. It really is amazing that Melvin doesn't harbor any grudge towards the murderer.

Friends: Generally travels alone, but he's started forming a very fragile friendship with Izzy and Tsuneo. Melvin's starting to fall in love with Faith. He feels a strong sense of responsibility to protect her from Freddy.

Mod
but in the dream world Freddy can't be hurt...I'm confused :(

sure molly if u want but who be friends?

Name: Holli Jai
age: 15
gender: F
look: http://www.google.com.au/imgres?q=Lyd...
History: Her twin sister was killed by Freddy but they say that she killed her.
Is Freddy after them?: Yes
personality: Really sporty, loves Javelin and sprinting the most
what can they do in their dreams: same as she can do out of dream but has more accuracy and is a faster sprinter.
family: Her twin Mikki and her parents
friends: Open
grade: 10th
job?: Works at the local Athletics track
Pet?: none

Name: Dru Medows
age: 16
gender:Female
look:long brown hair blue eyes
History:unknown
Is Freddy after them?:HELL YEAH
perso: loves sport and great fashion sence
what can they do in their dreams:she can walk on walls and cellings
family: all dead
friends: has no friends just thoughs who work with her
grade: 10
job?: hitman
Pet?: a crow with blue eyes

look: Light-blue hair, almost silver in color. In dreams he has golden eyes, however in reality he has grey ones. Tsuneo also wears glasses, although he doesn't appear to actually need them. Despite the fact that Tsuneo gets little to no sleep, he is always wide-awake and aware. He always wears a black long coat.

History: Discovered that he had his abilities when he was 10 years old. When testing them out, he accidentilly killed his only family, his Mom, whom he loved dearly. After the traumatizing experience, Tsuneo attempted to learn to control his abilities, but found that he had no idea how to even start. It also didn't help that he became terrified of what he was capable of, so he stopped sleeping. When he heard about Freddy, he decided to study him to figure out how he does what he does. Not much is known about his wife, but his daughter, Kishiko, means the world to him.

Is Freddy after them?: Yes, Freddy finds his abilities to be a threat. Tsuneo is one of the only people in this world who has the potential to surpass Freddy.

perso:A very kind and gentle man. He would rather get hit by a car than step on some ants. However, when he enters dreams, his personality completely changes. He becomes sadistic,psychotic, and merciless. (Almost like a split personality, but he remains aware of everything that he does.)Tsuneo's one fear is that this other personality of his will take control, and he will become worse then Freddy ever was. When he does fall asleep, he makes sure to be as far from Kishiko as possible.His daughter is (quite literally) his only reason for living.

what can they do in their dreams:Can control the dreams just like Freddy can. However, Tsuneo has absolutely no experience with his abilities, and Tsuneo rarely enters the dream world, for fear of what he would do. 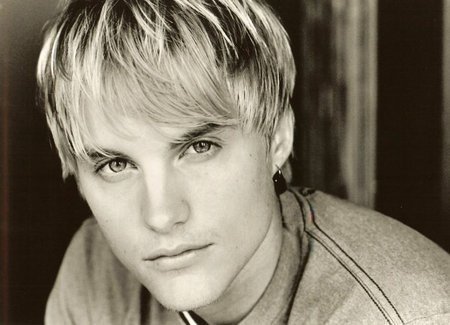 History:
Is Freddy after them?:Not yet
perso: He is the type that enjoys getting into trouble. He has a gift with using his surrounds to his advantage.
style: Dark blue jeans with his motorcycle jacket.
what can they do in their dreams:Can use the 4 elements to his advantage.
family: His father, his mother "left" when he was younger. His father is pretty rich but never pays him any attention.
friends:......
grade:11th
job?: Theif
Pet?: A germain shepard by the name of Jay.

Name: Venra
age: 16
gender: female
look:http://images.wikia.com/cherryhill/im...
History: she is a seviver child and new alice but she never new about the nightmare venra loved sleeping but she loved staying up late and sleeping in when she started to notice teens were dying she tried to find out but she could till one of her best friend died in front of her slash marks across her firends chest who was sleeping blood was splattered on venra she never found out she tried to ask the poilice look at the library but nothing till another one of her friends told the story of house 1428 venra lived in house 1427 she was horrifide to find out about all the killings and deaths of the house
Is Freddy after them?:not yet but soon (if thatsok
perso:protective, loving, caring, a fighter,understanding, and littlebit logical, grumpy, sarcastic, she has a temper and loyal
style:black leggings with dark blue shorts and a sleevless dark red top and knee high sneakers and her 2nd one is black tweat pants witha tight dark gray t-shirt with sandles
what can they do in their dreams:she has 3 lives
family: she only has her 20 year old brother
friends:N/A
grade:11
job?:works at a bar
Pet?: a husky wolf and snake

look: She has light-blue hair just like her father. However, unlike her father she has brown eyes. She wears a pink shirt with a jean skirt.

History: Kishiko doesn't remember her mother at all. She's been with her father her whole life, and she's happy with that. She has no idea about Freddy. For now.

Is Freddy after them?:Not yet.

perso: Very sweet and lovable. She hides behind her father when she meets new people, but she is always willing to smile at strangers.

what can they do in their dreams:(One thing) Unknown.