name:fall
age: 15
gender:f
look: http://m106.photobucket.com/image/dar... without the wings
history: she ran away from home with her horse ( http://www.painthorse.com/sites/paint... ) her parents couldnt aford her horse so she took off with her horse
power: invisible. fire
other:loves taking pictures own a horse named lebony http://www.painthorse.com/sites/paint...
perso: changes alot
weapon: a sapphire embedded dagger.
crush:open
job: is looking

Name: Noctis Lucis Caelum
Age: Nineteen
Gender: Masculine
Look:
Reference
Reference two
Reference three
Reference four
Reference five
Noctis weilds a pale angular face with hectic hair that either looks obsidian or blue-ish/gray in some lighting, and an unfathomable set of cerulean eyes, the blue color of a sea storm. He is too big to be small, but too small to be big, thus making him somewhat skinny on a level. He stands at a proud 6'3, and weighs 167 lbs. He wears a thin jacket with small pockets located on the breasts of the jacket. Beneath, he wears a black T-shirt that has an intricate design from the collar of the shirt to the mid-section. He wears a single motorcycle glove on his left hand, leaving the other hand naked, and wears ebony combat boots with black pants.

History: As a child, Noctis was fond of his mother. The maiden had always looked after the lad as any caring mother would. However, the maiden passed away to the hands of a rare disease whilst the boy was still but a child; due to thus, Noctis is not terribly familiar with his mother, nor does he hold many memories of her… nevertheless, he venerates the memory of his late angel. His "father" is an entirely different story. Noctis would speak of the man with derision and scorn, if he ever came into mind. The man ever spoke with Noctis during his childhood (even after his mother's death), if ever, being preoccupied with his job more than the development of his only son. Often, they would have arguments about such things; due to thus, Noctis wrongly perceived his father as an opponent. When speaking with one another, they were often brusque and would prefer to keep the conversation as brief as possible; any further interaction would undoubtedly lead to a heated dispute.
Personality: Noctis is a slightly taciturn young man who takes pride in his title but lacks in amour-propre. Being silent and reserved to those he deem unknown, he is articulate in speech when needed to speak; he chooses his words carefully and with tact, though, if piqued, he can obtain a sharp-tongue. Perhaps being a little ways overly circumspect (often due to a lack in trust or a fear of unfavorable outcomes), he prefers to keep his thoughts to himself. Noctis obdurately adheres to a firm set of aphorisms; he is empirical to a limited extent, though at times his sentimental issues drive him to make audacious decisions. Noctis is hesitant to forgive as he takes gradually to anger; he simply does not disregard transgressions committed opposed to him. Being one whom has a cacophonous presumption upon the kind of man, Noctis is known to shy away from those who are unfamiliar; he may come off as frigid or indifferent at best. However, he is willing (albeit hesitant) to extend a hand of affiliation if he deem the individual trustworthy and relatively conscientious.
Power: Telekinesis - The ability to move, vibrate, or impact objects with the influence of mental or any other non-physical means.
Light Manipulation- The ability to manipulate any source of light.
Weapon Summoning- The ability to summon swords, lances, spears, and archery sets.

Crush: "Not likely..."
Job: A violinist and a blacksmith. 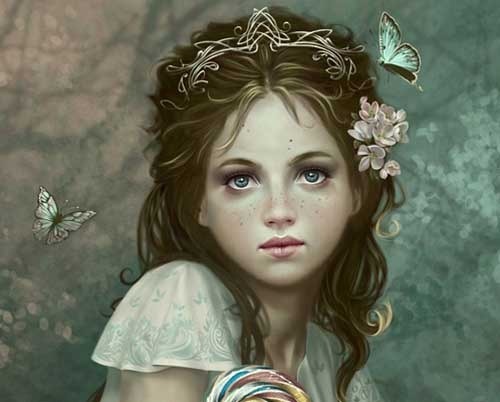 Personality: sweet, kind, helpful, but she can be mean and annoying, she is also very hyper
History: she's a run away who's parents died in a carcwreck. Her foster parents hated her and always threw away her writings, art, music etc...
Crush: open
Other: wishes she could find a true friend
Power: her art can come to life and if its music or drama it can happen
Job: looking for a job that includes anyform of art.

name: Luciana Jacobs
age: 16
gender: Female
look: http://www.google.com/imgres?q=anime+...
history: unknown
power: mind reading, sees the future, speed
other: none
perso: aggressive when she needs to be, shy at times, loves people, which mean she will stay with you no matter what the cost
weapon: bow and arrow, throwing knifes
crush: none... yet
job: none.... yet