The Dreamshift Chronicles, Broken Dreams, is being offered for FREE on Saturday, June 9th, for the Kindle! Why not head on over to Amazon and get your copy on Saturday? Did I mention it was FREE? :) 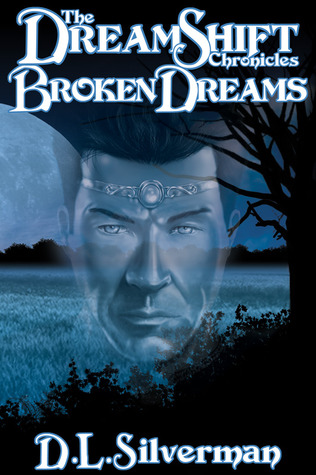 "Wrongfully convicted of a crime he did not commit, Mike Ward’s only escape from prison life is through his dreams. His night visions of a garden paradise were so vivid they felt real – but he could not imagine they would enable him to step into a reality far beyond his imaginings and on a quest to save Ganae-Den, a realm of eternal peace and beauty.

Mike discovers he is a Dreamshifter, a being who can travel to other dimensions via his dreams. As he learns to shift to other realms, he determines to never return to his earthly prison. But the Shield Tree that protects Ganae-Den is dying; LifeStealer, a Dreamshifter hungry for conquest, has stolen the magical stones from the Shield Tree. For this, the Way to other realms is closing, and the garden paradise is now open to attack.

Debut novelist D. L. Silverman draws the reader into a world where dreams become reality, and the nightmare of reality invades your dreams. “Broken Dreams” is the first book of the Dreamshifter Chronicles trilogy."

Only a few hours to go! The Dreamshift Chronicles, Broken Dreams will be available for FREE for the Kindle beginning at midnight!

Today's the day! The Dreamshift Chronicles, Broken Dreams, is available for FREE! Today only! Why not head on over to Amazon and get your copy today?