Spies… well… spy on the Nirasians by blending in. Typically, Spies are darker than usual, and look a little meaner. Spies can either be male or female, just make sure they’re darker colored.


Name:
Age: (An average Tharian is about 4 years old; which is like 30 human years. 3 years, probably 21. 2, 13 years. 1, 9 human years. Then you go into months, but I would just stick to years.)
Gender:
Appearance: (I would go into detail here. Remember, they are half-human, half feline!! Maybe a pic ***anime probably will be your best bet!*** and at least 4 sentences.)
Personality: (Again, go into detail, and at least 4 sentences.)
History: (Same as above.)
Crush: (If applicable, and you have to ask!)
Spouse: (Same as above.)
Other: 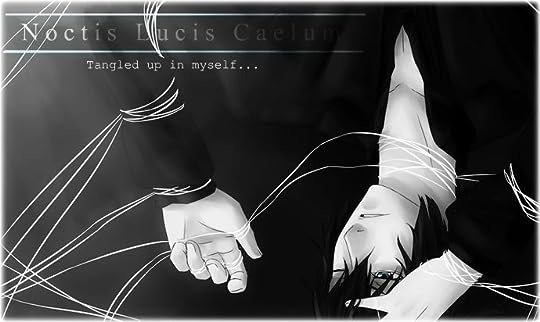 Noctis wields a pale, angular countenance with somewhat unkempt, obsidian hair. Self-destructive, and usually dressed in black, Noctis is most definitely not known for wearing or looking bright and healthy. His skin is almost as alabaster as virgin snow, whilst just about everything he wears is colored in black, gray and sometimes a little blue. Speaking of blue, his eyes are a pelagic, unfathomable cerulean -- the only part of him that stands out of the achromatic picture that is he. His ebony tail is slender and vast in length, and his ears protrude from his cranium like pointed radars. Build wise, his physique is too big to be small, albeit too small to be considered big. Thus, in a way, he is considered skinny. His body is mostly involved with agility and quick, swift movements, which easily make up for the small amount of strength he lacks.

Personality: Noctis is a slightly taciturn young man who takes pride in his title but lacks in amour-propre. Being silent and reserved to those he deem unknown, he is articulate in speech when needed to speak; he chooses his words carefully and with tact, though, if piqued, he can obtain a sharp-tongue. Perhaps being a little ways overly circumspect (often due to a lack in trust or a fear of unfavorable outcomes), he prefers to keep his thoughts to himself. Noctis obdurately adheres to a firm set of aphorisms; he is empirical to a limited extent, though at times his sentimental issues drive him to make audacious decisions. Noctis is hesitant to forgive as he takes gradually to anger; he simply does not disregard transgressions committed opposed to him. Being one whom has a cacophonous presumption upon the kind of man, Noctis is known to shy away from those who are unfamiliar; he may come off as frigid or indifferent at best. However, he is willing (albeit hesitant) to extend a hand of affiliation if he deem the individual trustworthy and relatively conscientious.
History: As a child, Noctis was fond of his mother. The maiden had always looked after the lad as any caring mother would. However, the maiden passed away to the hands of a rare disease whilst the boy was still but a child; due to thus, Noctis is not terribly familiar with his mother, nor does he hold many memories of her… nevertheless, he venerates the memory of his late angel. His "father" is an entirely different story. Noctis would speak of the man with derision and scorn, if he ever came into mind. The man ever spoke with Noctis during his childhood (even after his mother's death), if ever, being preoccupied with his job more than the development of his only son. Often, they would have arguments about such things; due to thus, Noctis wrongly perceived his father as an opponent. When speaking with one another, they were often brusque and would prefer to keep the conversation as brief as possible; any further interaction would undoubtedly lead to a heated dispute.
Crush: "Not likely…"
Spouse: "No."
Other: ...

Nice vocab. Half of those words I had to look up! XD 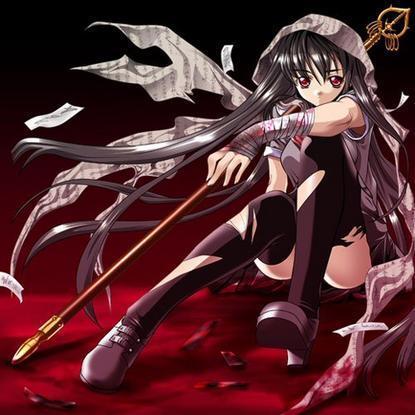 Ember has long, flowing black hair that goes down to her knees. Generally she wears it down, but on special occasions she either braids it or puts it in a formal updo. Her eyes are a hazel like color, but have a gold tint that becomes more apparent when she's angry, and doesn't mind showing it. Embers facial features are finely sculpted, a bit like a princess's, though less delicate and slightly more mischievous or determined. When Ember's alone, however, her eyes seem less alive and more thoughtful and sad. Her skin is pale, almost deathly so. Her cat features include eyes that seem much like a cats when angry, and nails that are sharp as claws, although generally she keeps them filed down, and depends on the hand-to-hand combat training she has and the strength she keeps hidden in her skinny looking body. She does work out to keep herself quite fit, because she knows that there's always a possibility she'll need to run or do something like that. Embers tail and ears are covered with fur that is a dark gray color, about the same shade as her hair.
Personality: Ember seems distant to most people, like she's hiding from the rest of the world. She doesn't say much, and when she does it's usually just a few short words. Her silence is partially due to the fact that she has nothing to say, and partly because she prefers actions to words. Ember's reasoning for keeping the world at an arms length is also because she feels the less involved she gets, the less she'll care when something bad happens. The only person who has ever gotten past her icy layer so far is her foster brother, Rowan, who is about the same age as her.
History: Ember didn't have a very comfortable childhood. From the time she was born to the Tharian age of 1, she was living on her own, stealing to get by. She seemed to be naturally born with the talent to hide in the shadows and become near invisible. Some time around her first birthday she found Rowan. Together they spent their time running around and getting into trouble. Well, Rowan was always the one to get caught, no one really noticed Ember, she was simply to good at hiding. Eventually, however, Rowan figured out that his friend was an orphan and managed to convince his parents to adopt her into their family. However, Ember didn't live with them long before she decided to become a spy. She's been working as one for about half a Tharian year now, but already she has a gleaming reputation.
Crush: Maybe later... She needs to meet some people first...
Spouse: Nope
Other: I don't know...

Mod
Okay, one thing I think should be fixed is that every Tharian has cat ears and a tail, and I think it would help to describe those too.

Sarah (Kiwi) wrote: "Okay, one thing I think should be fixed is that every Tharian has cat ears and a tail, and I think it would help to describe those too."

Oh, they have to have ears and a tail? I thought they just have to be part cat... KK, works for me...

Ember has long, flowing black hair that goes down t..."