Mod
If you have a story or you are writing one and you want to publish it here , follow these 'instructions':

After this send me the story in inbox and I'll read it and then decide to publish it or not. xx

reply | flag *
message 4: by [deleted user] (new)
Jun 04, 2012 04:52PM
Title :Cat Demons (I seriously need to change the title)
Genre : Fantasy
Synopsis :Kit is a 13year old girl with a dark secret.She faces physical and emotional challenges.In the end she makes one decision that is a big one filled with vengeance.

The Title: Dark Moon
Genre: Romance
Synopsis: Violet's life is perfect. Ruling over students and teachers also being the most powerful wizard in school is everyone's dream. But only for Violet it came true. Since she came here, she had been always like that. Cold, mean and merciless. Until two new students came along. First one was Drake. Seductive, hot, besides that brave new student. Another one was Airon. The guy that broke her heart. She feels some sort of connection to Drake, but she still didn't forget her love to Airon. As she tries to decide in her heart, most unbelievable thing happens. She finds out that she has a family that has some sort of dark secret and she needs to kill them. Her own, long-lost and found family. Will she kill them and won't fond out the secret that lies in history of family?

Okay, it's kinda bad, so after the school is done, I'm going to edit it whole. :)

Mod
Dreamer wrote: "The Title: Dark Moon
Genre: Romance
Synopsis: Violet's life is perfect. Ruling over students and teachers also being the most powerful wizard in school is everyone's dream. But only for Violet it c..."

Please send me the story so I can read it xx

reply | flag *
message 7: by [deleted user] (new)
Jun 05, 2012 11:42AM
Title: Coco's Law
Genre: Fantasy
Description: Crash Bandicoot (a game) meets Garrow's Law (a t.v. show). Coco Bandicoot is a lawyer who lives on N.Sanity Island, Ripper Roo get arrested and it's up to Coco to prove his innocence.
Avaliable at: http://www.goodreads.com/story/show/3...

NOTE: This is an unfinished fanfic I've been working on, I'll finish it when I feel like it. :) 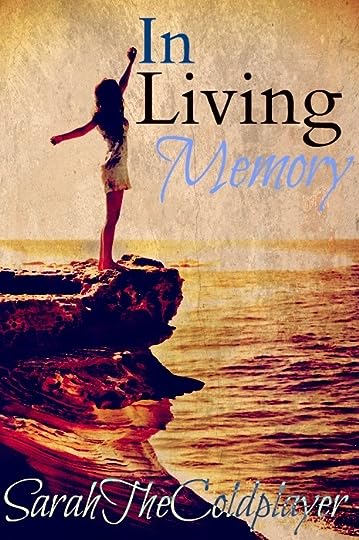 My sister died at the beach last summer.
Well, not really.
She almost died.
We’ll never know how she fell, until she wakes up.
If she ever does.
She’s in a coma, lying in a hospital bed three miles away from home.
She’s not dead.
But she’s not alive either.

It's all Angelica's fault, or so she believes, that her sister Carmen fell down from the rocks and into the water. Ani is trapped in a world of fear and guilt, surrounded by people who cannot live without her sister.
Then she meets Martin. He's dangerous, spending eight weeks in a youth detention centre where Ani's dad works. But Martin isn't all that he seems - he's seen trauma like Angelica, and can explain things about life that nobody else can.
But the closer they get, the more complicated things become . . . 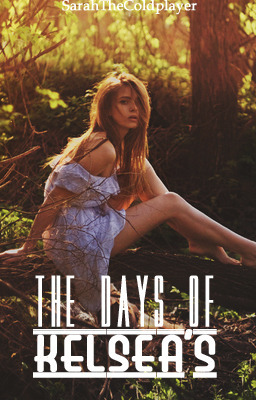 Description:
Demi Costello is heartbroken, frustrated and scared. She is living in a world of grief and horror.
Kelsea Richardson was her best friend. And three weeks ago, she went missing, leaving no trace or information.
Then Demi finds her diary. Of course the police want any evidence they can find, or anyone can find, but that diary is full of Kelsea's life, her hopes, her dreams, her hardships, and secrets.
Demi can't hand it in. Yet. She has to find out what happened first, before anyone else does.

In this story, we take a journey through two best friends' lives, written in two different formats - Kelsea's heart warming, breath taking diary enteries, filled with love, tenderness and sorrow. And Demi's flashbacks, and memories, of her time spent with her best friend.
And every step along the way, the reasons why become clearer . . .


My sister died at the beach last summer.
Well, not really.
She almost ..."

Hi :) I already have a wattpad account hahaha xD What's your username?

You guys would love wattpad...they will not allow any copy or pasting for the safety of writers XD. Once your chapter is published there no one can copy it.

sweet! I do to...except I wasn't on last weekend cause I was out of town and away from the computer.

The Title : The sun Came Through My Window to Say Hello
Genre : Poetry
Synopsis : A never before seen art collection of words to take you on a journey...within your imagination.