Name: Noctis Lucis Caelum
Age: Twenty-one
Social Status: Knight
Appearance:Reference
Reference two
Reference three
Reference four
Reference five
Noctis weilds a pale angular face with hectic hair that either looks obsidian or blue-ish/gray in some lighting, and an unfathomable set of cerulean eyes, the blue color of a sea storm. He is too big to be small, but too small to be big, thus making him somewhat skinny on a level. He stands at a proud 6'3, and weighs 167 lbs. He wears a thin jacket with small pockets located on the breasts of the jacket. Beneath, he wears a black T-shirt that has an intricate design from the collar of the shirt to the mid-section. He wears a single motorcycle glove on his left hand, leaving the other hand naked, and wears ebony combat boots with black pants.

Personality: Noctis is a slightly taciturn young man who takes pride in his title but lacks in amour-propre. Being silent and reserved to those he deem unknown, he is articulate in speech when needed to speak; he chooses his words carefully and with tact, though, if piqued, he can obtain a sharp-tongue. Perhaps being a little ways overly circumspect (often due to a lack in trust or a fear of unfavorable outcomes), he prefers to keep his thoughts to himself. Noctis obdurately adheres to a firm set of aphorisms; he is empirical to a limited extent, though at times his sentimental issues drive him to make audacious decisions. Noctis is hesitant to forgive as he takes gradually to anger; he simply does not disregard transgressions committed opposed to him. Being one whom has a cacophonous presumption upon the kind of man, Noctis is known to shy away from those who are unfamiliar; he may come off as frigid or indifferent at best. However, he is willing (albeit hesitant) to extend a hand of affiliation if he deem the individual trustworthy and relatively conscientious.
Other: He has got a tattoo embedded on his back that took him a year or two to finish, given it would've taken too long to finish in one, simple, day.

Name: William
Age: 20
Social Statue: palace servant
Appearance: http://weheartit.com/entry/28547087
Personality: doesn't talk much for fear of punishment, sweet, kind, reserved, hard working, loyal
Other: he is blind but knows every inch of the palace and some people mistaken him for just a regular seeing person

Name: Tanner
Age: 17
Social Status: Peasant
Appearance: Messy blonde hair,bright blue eyes,wear tradional peasant clothing.
Personality: Tanner is friendly and dosent like fighting,He is protective of his little sister Sierra.
Other: His parents died shortly after Sierra was born. He also is in love with Ava.

Name: Archer
Age: 8
Social Statue: Peasant
Appearance: Curly brown hair, brown eyes, beautiful smile, tall for his age
Personality: Charming
Other: He is an orphan and lives with his sister (Ava) at his neighbors (Agatha).

Name: Liam
Age: 20
Social Statue: Knight
Appearance: tall, muscular, brown hair, blue eyes, tan skin
Personality: optimistic, adventurous, loves helping other people, proper when expected to be.
Other: Liam is in love with Marigold, but is afraid to tell her because he is already in a relationship with Princess Rose.

You should start role playing with him! Maybe he could come upon Marigold at the pond?:)

Name: Sam
Age: 10
Social Statue: Peasant
Appearance: Blond hair, hazel eyes, tall,
Personality: Kind, witty, handsome for his age, will talk to anyone.
Other: Looks up to older peasants like Tanner. Wants to become a knight in shining armor. 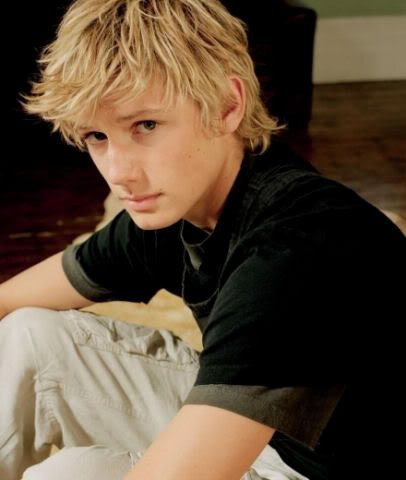 Personality: Kind, Talkitive, Creative, Clever, and Quiet when he works.
Other: His only family is his sister Meggie, his brother Hunter, and his mother, Alana. His father died of a sickness when his sister Meggie was born. He thinks he loves Ophelia. Like, 99.999% sure. 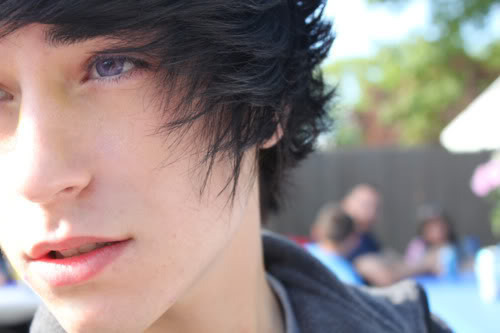 Are they princes from this kingdom? Because we have A LOT of royalty already...

No they aren't I'll choose a place soon.

my two guys are done :P

Is that Sam from "Supernatural?" If it's not, it looks a lot like him.

:) I love that show. That and Charmed.

*Claps* Yay! I'm not the only one. And people think I'm crazy.

I love them all. The original and the new. I like Sam, Dean, Cas, and Ruby. Heck, I even like Lilith. Don't know why, but I think every good show needs a bad guy.

Name: Darren Sumner
Age: 4
Social Status:Peasant
Appearance: http://www.jenniferbaileyphotography....
Personality: Darren is distant and not very talkitive,He like to watch what others are doing and is often ignored by other peasants and royalty. He likes to walk around and learn new things by watching others.
Other: No one knows who his parents are and he lives in the orphange but isent their very often. 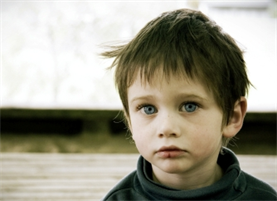 Personality: Funny, Hyperactive, Excited, Happy, and Appreciative
Other: He is the brother of Meggie and James. His parents are peasants, obviously. He dreams of being a knight and protecting people, as his sister taught him. He is smart, though he never learned anything by book in his short life.

Yeah, sure. I'll use Alice. You can post first.

Name: Morthas
Social Status: Renegade Knight
Height: 7 feet
Appearance: No one ever sees him without his black, spiked armour, which covers him head to toe. He rides a powerfull black stallion and has a massive two-handed battle axe strapped over his back.
Personality: Dark, mysterious, brooding.