Mod
Name : Callum Jones
Gender : Male
Race : Human
Age : 19
Appearance : He has glistening brown hair, blue eyes and a huge scar down his left arm. His hair is short.
History : Callum, all of his life lived with his brother. They risked living in the Vaedra sections and pretended to be one. His brother was killed. Other than that you have to ask him yourself
Family : None.
Advantages (such as weapon skills and stuff) : He is a good fighter with all types of weapons and he is very intelligent.
Disadvantages : He is emotionally unstable at times. He is too trusting.
Other Information : Strong Welsh accent 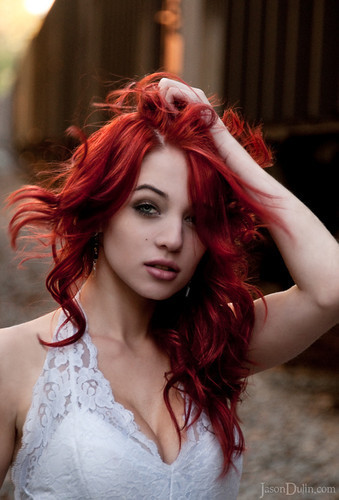 History:She moved to England when she was 5 because her dads mum was ill, she stayed there for the rest of her life. She was bullied for having black hair, people said that she was emo so she dyed it red.
Family:Her mum is on drugs and is usually drunk, she is rarely around but when she is she abuses Becky. Her dad is trying to get a court case to put Becky's mum in prison but after the mutation there have been more important things to do.
Advantages:She is very good at multiple martial arts and she is good with knifes and a bow and arrow, she is fast and agile, good at climbing.
Disadvantages:Not very strong, tends to jump into things without thinking, she sometimes says things without thinking that get her into trouble.
Other Information:None that I can think of right now :D

Mod
((I added something to my other info hehehe))

Name : Amanda Dawn
Gender : Female
Race : Human
Age : 16
Appearance : http://www.google.com/imgres?q=pretty...
is what my character looks like, but with less maintained hair...
History : She has lived in England since her parents left her thee when she was 4 year. She was adopted by a nice, elderly couple, that she treated like her grandparents. They died of a strange sickness, and she has lived on her own since.
Family : She has no one. No idea of who her real family is, and no idea what happened to her 'randparents'.
Advantages:Since she was left on her own, she needed to protect herself so she learned how to use a bow and arrow but badly, and she is awesome at knife throwing and handling, along with the occasianl sword.
Disadvantages : She isn't good at remembering stuff and is fairly tall, not allowing her to go into small spaces. She also cannot handle the sight of blood, it makes her queasy.
Other Information : She is very anti-social and hates people in general for not curing her 'grandparents'. She absolutely hates anyone who is bubbly and active, and the color pink... shes techniquelly goth.
Still has no accent, keeping her only anchor to home, America. 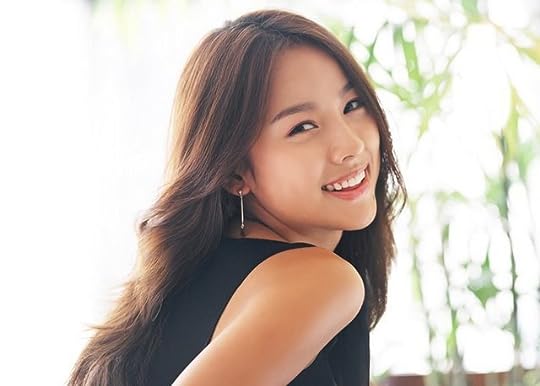 History : She grew up in Minnesota, but moved to England at age 11, her mother died at age 7 and her father moved there to escape his past.
Family : Father, named hiroshi lee
Advantages (such as weapon skills and stuff) : She is able to convince people that she's on their side (despite the fact that she is or she isn't) and she's also very good with a crossbow
Disadvantages : Her stature, she's a very small girl, not only in height but in weight, coming in at 5'3 and 94 lbs
Other Information : She's the opposite of a stereotypical Asian, she's very loud and active when she wants to be, but once in a while, she has days where she refuses to speak to anybody.

And her father runs the British sector of Nissan

I hate the internet, so much, if you try and find a picture, they're all either

1. Super horrible looking
2. Way too pretty to be realistic
3. Just, in the most ridiculous outfits, ever.

I had to check my email and I couldnt go back to sleep, stupid smart phones

Mod
I'm trying not to drink. Just shortens your life really. I will but not much.

Mod
Oh I'm more of a... How can I put it? I believe different things basically. Mostly Christian though.

Mod
Thanks :) I just think that there is a god who placed everything like the resources and then science took over the rest. I think every thing happens for a reason.

Mod
Yes but talking about it can drive it forward aswell. Just some people (Anarchists or Activists) take it WAY too far. I like the world with multi religions it makes us who we are.

But okay :) So what do you want to talk about?

So you are from the UK right? What is a stereotypical american to you guys?

Mod
It changes with different people. I think of everyone as the same really. Obviously different but I mean that as in everyone should have the same rights.

Mod
right you lot, you may have been up since three but i have been up since yesterday night. no, i did not have one of them things were you try to stay up all night, instead i was puking all night. i have not had anything to eat yet and i had to miss going alton towers. somebody help me, i'm going mad!

Name : Aisha wither
Gender : female
Race : erm, human?
Age : 14
Appearance : long blonde hair, sea blue top and jeans, girl next door kinda pretty, (if you know what i mean, soz if i got the phrase completley wrong!), small, white pale skin, sea blue eyes
History : Lived all over the world then decided to stay in england.
Family : older brother (21 years old)
Advantages (such as weapon skills and stuff) : good with knifes, sneaky, intellegent and cunning
Disadvantages : she can not controll her emotions

Mod
so then, is you're school out for the weak holliday

Happy Birthday for then, Becky!

Name : Cora Dangerfield
Gender : Female
Race : Human, 1/2 Sicilian, 1/2 English
Age : 17
Appearance : Long, black curly hair, deathly pale skin, golden eyes that look out of place with the rest of her appearance. Quite short, about 5 foot 5 inches. Slim. Usually wears black skinny jeans and a black hoodie.
History : Lived in Sicily until her mother died, then moved to England to live with her aunt and uncle.
Family : Aunt and Uncle.
Advantages (such as weapon skills and stuff) : Very good with a sling shot and dagger, but that's as far as her exploration into weapons has gone.
Disadvantages : Scared easily, but acts angry to cover it.
Other Information : She has the hint of an accent due to originally living in Sicily, and has been diagnosed with paranoia. She can also be quite antisocial.

reply | flag *
message 38: by [deleted user] (last edited Jun 16, 2012 08:53AM) (new)
Jun 04, 2012 09:13AM
Name : Alex Rylander
Gender : Female
Race : Human, English (and part greek)
Age : 16
Appearance : athletic build, 5'11', shoulder length thick/straight jet black hair, tanned skin, electric blue eyes.
History : her parents were in the lab when it was hit with the missile, so her parents are infected. before that had a normlish life...
Family : lives with uncle.
Advantages : highly dangerous to fight with when she's using twin swords, throws daggers (has a very accurrate aim) also very good with archery, but doesnt use it because she likes close combat. she can do those acrobaty (is that a word) flips and stuff so shes pretty good at hand-to-hand combat.
Disadvantages : very bad tempered, holds grudges finds it hard to trust people and also highly stubborn.
Other Information : scared of hurting people she's close to. likes to keep herself to herself. Tomboyish, hates anything to do with pink. Sometimes can be a bit goth...

No idea what it is.

Mod
Name : Darman Veelding
Gender : Male
Race : Vaedra
Age : 17
Appearance : He has jet black hair and has green eyes. He looks strong and his teeth are bright white. His arm is all scared where he was infected but he managed to kill the Vaedra.
History : He was a very friendly and funny person. He still is mostly. He isn't fully infected because he fought off the Vaedra that infected him but at night he turns completely into one of the Vaedra. He died saving his friends life.
Family :
Advantages (such as weapon skills and stuff) : He is able to control his hunger in the day. He is very shy and doesn't get close to anyone.
Disadvantages : He can't control himself in the night. He tries to remain out of attention but because of his good looks that is almost impossible to be honest. He is known by the humans for being half infected and many are scared to talk to him.
Other Information :

Neesh_satsumaXD wrote: "i sound childish, but its a cartoon that comes on cartoon network, but the plot of it is really good..."

I don't know where my comment disappeared to, but I said Callum, I adore this character already!

really good, and in the last episode that i just watched, it was really good!