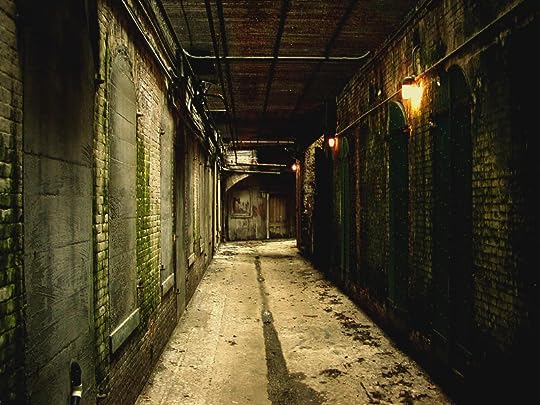 Tori dragged him in the closest alley, then shoved him into the wall. "What is wrong with you?" she snapped. Nash hit his back to the wall with an 'oomph' then looked at her. "I should be the one asking that quesiton. Your living with the enemy, barely show up, you know how much danger you're putting yourself into?" Tori slapped him, "Still hung up over that? Nash he helped me, I barely showed up becuase you shunned me. Just like everyone else did. I'm not going to suffer anymore because of what you want."

Tori crossed her arms, and glared at him coldly. A couple of years ago she wouldn't do that to her best friend. A couple of years later.... waddya know? She did. Nash pushed himself off the wall, and pinned her to the wall. "Listen, Tori. I don' know what happened to you. But I guess i'm not the only who changed. You never tell me anything anymore." Tori locked with his gaze, "So you think getting drunk at a bar, surrounded by girls will help you live until your 19? Good luck there. I want to live Nash. Unless you don't know what a life is. But wait.. I forgot, you don't have one."

((I love that paragraph XD))

Her eyes prickled with tears. She didn't care if it stug him or not. He deserved it anyway.

Nash looked taken back, "I'm....sorry." Tori looked at him in shock, and Nash grabbed her face and kissed her quickly. "I have to go....we can talk later." It sounded more of a statement than a request. Nash left the alley, back to Sector 56. Tori looked at the floor in disgust. When she was sure he'd left, she turned around and vomitted. It wasn't that the kiss was bad, but it was the idea that her friend did such a thing. Tori wiped her mouth with her sleeve, and shuddered. She got herself together and left the alley.