The Legend of Zelda: Roleplay discussion

Name: Khajili Torsa
Age: unknown
Race: Goro (not goron, Goro, a race set on spying on the Ikana of Ikana Valley)
Personality: Khajili, or Khaji for short, is a rather mysterious woman. She doesn't talk much, and lets her actions speak volumes. She is wise beyond her years, and questions much in her life. She keeps her face hidden behind a mask and hood, as is the way of her people.
Appearance: http://tinypic.com/r/2zdq5jl/8
Other: Khaji is short, standing about five foot even. Although she is quiet, she observes and makes notes around her so she is not caught too off guard if something should happen.

Name: Noka
Age: young
Race: Zora
Personality: He's a bit laid back. Not a major fan of confrontation, but willing to stand up for friends or those he loves. Oddly though he enjoy's sparring with friends and friendly swimming competitions. He likes to venture inland alot, mingling with humans and other races. He enjoys adventure, music and food.
Appearance: to be drawn later
Other: He's around average height for a Zora male. An X shaped scar on the left side of his face from a scuffle he had in his early years. He can be naive at times, sometimes even gulliable.

Name: Gijjie
Age: 19
Race: Hylian
Personality: Gijjie, is a serious, very noble young boy. Gijjie's main attraction to people would be his quest for knowledge, he seems very suspicious half the time. As if, he already knows what to do in every situation but inside, he's a frightened little boy.
Appearance: http://tinypic.com/view.php?pic=el7eo...
Other: Tales are told of the 'Hero without Destiny', tales of his work in different towns and villages, assisting the guards to ensure that the monsters in the outside world do not invade. Termina, he's come... To protect the 'Clock Town' whilst the Carnival is taking place.

Name: Krad
Age: Infinate, unknown.
Race: Kokiri (Remember, Termina is actually all inside what is evidently the lost woods, so Kokiri have free reign here.)
Personality: Krad is quite spiteful, and enjoys killing enemies such as Lizalfos for sport. He was once a playful little boy, but that all changed when he was unjustfully banished from his tribe.
Appearence: 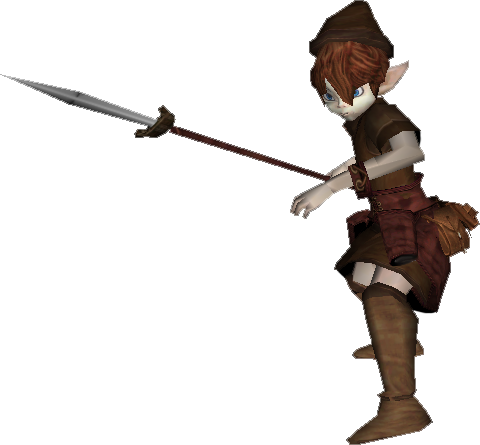 Other: Krad's origins are unknown. He just appeared one day, out of nowhere. A Kokiri called Ureg found him and took him back to his forest tribe, where he nursed him back to health. They instantly took a liking to each other, as one was like a reflection of the other; except for their colour of clothing, the two were almost exactly the same. After he stayed in the tribe for a year, he was taken to their spiritual leader, to be made part of the Kokiri. To everyone's surprise, he was not only turned down, but he was banished from the tribe's small village. He looked around for help, but nobody dared argue. Their patriarch had sensed some deep, evil magic in him, yet also around him; he was literally made of the darkness. After he got over his banishment, Krad decided to become a bandit, living of the misfortune of others. He is constantly moving - he swore that he would never forsake his true home. Therefore, he sleeps wherever is most conveniant, whether it is a soft patch of grass, a hay bale, a particularly leafy tree, or the harsh outcrop of a mounatin. He doesn't have a good sense of direction, and his mind doesn't seem to note down what towns or villages he has been to. Therefore, he will never know where he is going. He relies on instinct. Also, he fights with a certain fluidity that can only be described as angelic.

((Ermehgerd, that took forever. Sorry if it sounds a little lame, but it was quite hard for me to think it all up. Well, seeya in the roleplay!))

The Legend of Zelda: Roleplay