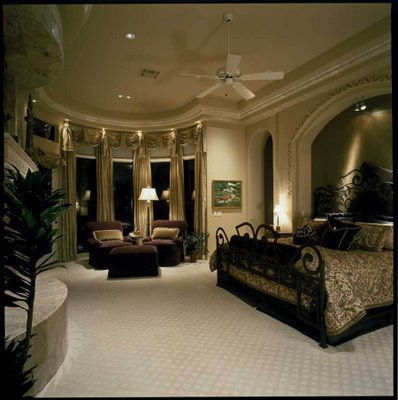 Zono could care less what colors his room was, as long as the shades of the colors weren't girly or a bright color, than he would deal with the order of things. In fact, he thought that bright colors were sickly to his icy eyes. He pressed his hand palm against what looked like a hand-scanner on one side of his room. A few clicks sounded, before two doors in which normally looked like a wall parted, bearing several rows of knifes, daggers and swords. He pulled up one sword, finding it farmilar against his hand palm, befor ehe closed the secret doors, hiding the collection of weapons.

He tossed his sword sheath onto the end of his bed, walking past it. He draped the golden curtains shut, before going over and sitting on the bed. He began to sharpen and clean the daggers and swords from his mistion.

Zono's eyebrows furrowed together as he remembered something, the day before he had left on his mistion he had loaned one of his daggers off to Lucy. He finally rose up, sliding his sword sheath on, before headed out to the hall, down toward his cousin's room.

Zono's eyebrows furrowed together as he remembered something, the day before he had left on his mistion he had loaned one of his daggers off to Lucy. He finally rose up, sliding his sword sheath on, before headed out to the hall, down toward his cousin's room.

Mod
"ZONO!"Blaze yelled outside his door

"ZOEY!!" fai also yelled, appearing in the door way with the biggest smile on her face. Fanta barked, his tail wagging.

"where'd he go?" fai sAid, looking around. "did he leave on another mission?" she said, her eyebrows furrowing,

"Do not know what?!" Zono demanded, as he paused a few yards away from the people and the door to his room, eyeing them carefully. He seemed more inturested in why Blaze was there, he was a bit to use to Fai always coming around.

Lucy stood behind him watching the scene go down so she leaned up against the way and smiled as the turn to see Zono.

"Looking for something?" Zono aske3d the four year old twins, as he slipped past them and opened the door of his room. The wood gave a small squeak of protest as he pushed it open.

Fai instantly had a fit of giggles, her face never turned red. She rolled around on the ground, holding her hands up for zono. "zoey!!!"

"Zone-oh." Zono shook his head slightly, a small chuckle escaping. He pulled Fai up, lifting her up easily and walking into his bedroom. He set her on his bed.

Mod
Blaze smiled "Zono tell me about your mission! Did you kill anyone?"

"yeah! Rip anyone's throats out?" she asked, flexing her fingers, as if she had claws. She giggled, jumping on his bed.

Zono pulled his sheath off, disapearing inside of the bathroom. "Yes, I killed several people on my mistion, Blaze." He answered simply, appeareing a few minutes later wearing a different Egyptain styled shirt.

Mod
Blaze smiled "When I grow up I wanna be like you!"

Zono narrowed his icy blue eyes toward Blaze for a brief moment. He walked past them, setting his hand palm against a small device. It scanned his hand, before the wall opened up, revealing row upon row of weapons. He began to set away a few daggers, throwing knifes and swords that had been taken on his mistion. "Being fighter requires lots." He muttered.

Mod
Blaze nodded and looked at all the weapons "You have cooler weapons then daddy does... He doesn't talk to me much anymore...I don't care I have you and Fai!"

Zono pressed a button, and the wall closed before he turned, and creeped the open back open. "This is not party. I did not welcome any Razors." He said coldly, emotions drained from his face and accent.

Fai nodded at zono and blaze, "fighting is easy! You should see the training dad has put us through after he found out I was a hybrid like momma!" she said, smiling.

Zono peeked over his shoulder toward Fai. "When you make a kill than talk to me about fighting." He said.

Zono raised an eyebrow as if asking Razor if he was crazy. "I do not hug people like you." He said firmly.

Silverlight wrote: "Zono peeked over his shoulder toward Fai. "When you make a kill than talk to me about fighting." He said."

Its not the fact that I haven't killed anybody, she thought, looking up at her brother with her soft brown eyes, Its the fact that I'm trying to kill someone, wouldn't a brother be worried about a 4 year old cutting off heads?

Mod
"Yes I am crazy Zono and I don't want a hug. These are welcoming arms!" he put his arms down and his snake went to a frown "What happen Zono? Don't wanna hangout with me no more?"

Zono let out a sharp breathe through his nostils, icy eyes narrowing over toward Razor. "What do you want? I will not be letting you steal another one of my swords like last time." He said grimly.

Mod
(I thought him and Razor were close...)

Fai looked up, pulling a dagger from zonos desk and holding it out. "with pleasure!" she said, giggling and running out the door, "I'LL BRING IT BACK ZONO I PROMISE!" she yelled.

(we should have a training area!! Yayayayay oh wait,, we do!! See ya there molly!!)

Mod
"TuskTusk! I brought that sword back!" he said leaning in the door frame

"You better you brat!" Zono let out a laugh, than glancing back toward Razor. "Fine, but no touchy swords." He said to the boy, before walking back into his room and leaveing the door open.

Mod
Razor smiled and sat at his desk chair spinning around once then stopping. "Blaze? I thought you were to be in bed? You as well Fai...uh...oh well." he smiled

Blaze smiled and then walked over to Zono "Did you see any cool snakes on your mission?"

"Yes, fell in a pit of rattle slakes." Zono responded, giving a small shrug, he still needed to work on some of his english words, "Err..snake not slake."

(I thought the twins were gonna practice?? I'm so confused.)

Lucy stood at the door and watched but she tried to keep herself invisible...She liked it that way unless there was a cute boy or Zono was there.

Zono slumped down to sit on the floor beside his bed, cleaning dried blood off of one of his throwing knifes. He scrowled at it as he scrubbed the crimson color away.

Lucy spoke up because she was getting bored. "Hey, Zono are we gonna go hang out or what?" She put her hand on her hip and looked at him.

Zono rose up to his feet after a few moments of silence, pulling his sheath back on. He walked up to Lucy, standing in front of her, and towering several inches taller. "Let us go then..."

"Where?" She looked at him she hated that he was taller than her she stood on her tippy toes and looked at him with a stern look.

Zono's lips curved into a small smirk as he watched her rising up, trying to be a little taller. "Do not worry, sure you will grow." He said with an amused tone.

"oh shut up!" She smacked him in the arm playfully. And grined. "lets go!" she waited for him to lead the way.

Zono bit the inside of his cheek to keep from laughing at her. He walked past him, smirking in a teasing way before he began to lead her down the hallways.

((Idk you pick lol wb training?))
Lucy Followed him down the hallway.