10 views
ChErRiEs > End of the world

Mod
~~~please use this format to make your cherrie~~~

reply | flag
message 2: by [deleted user] (new)
Jun 15, 2012 09:54AM
Name: Tox (like toxic) (A nickname. She hasn't told anyone her real name in years)
Age: 18
Gender: Female
Personality: Tox finds it hard to trust people. They have to prove themselves to her before she will even consider gaining their trust. She is extremely smart. She can be very mean and has a sharp tongue, but can also be very sweet. She hates seeing people hurt.
App(a strong and detailed description or a pic): Tox is very tall and very skinny. She is built for running and is extremely agile and flexible. Even though she is a stick, she still has curves and a rather large bust. Her eyes are an icy blue and very pretty. Her hair is long and layered, reaching half way down her back. Her hair is blond and has two green streaks on the left side. She wears tight, black leather pants that have a split on the side where they lace up with string, showing the sides of her legs. She wears a pair of combat boots that reach her knees and lace up the front. She has a pair of leather bracers for her forearms. Lastly, she wears a tight, dark green tank top. Over all, she kind of looks like an assassin. She is extremely beautiful.
Crush: Open
Weapons(limit is four): She has a machete strapped to her back as well as an m16 military assault riffle. She has a desert eagle (50 cal) on her side that her father gave her. It is very special to her. http://forum.rap4.com/cpg15x/albums/u...
Lastly, he has a line of knives strapped to her right thigh.
Family: Dead (location of her brother is unknown)
History: Her family had always been one for gun protection. She learned at an early age to use a pistol and slowly moved up to bigger guns as she got older. Her father was in the military and her mom died when she was young. She had a brother and a sister, but her sister died and her brother disappeared at the beginning of the apocalypse. She knows how to defend her self extremely well.
Other:

Mod
Name: Lily Rose( aka Lily)
Age: 15
Gender: female
Personality: she is very spunky and wild when her sister isnt around. she is loud and crazy but when he sister is around, she is calm and listens to her. she respects her sister and loves her dearly...now.
App(a strong and detailed description or a pic): left~ http://wolfgirl1424.deviantart.com/fa...
Sexuial preferance: bisexual
Crush:
Weapons(limit is four): the sword on her back and usually her fists
Family: her sister is her only family left. she hated her sister for the longest time but now is her sisters little slave. she would do anything for her.
History: she hatted that her parents loved her older sister more than her since she was wildier but after her sister saved her, and is the only person she knows left on Earth, she loves her.
Other: tends to cling to people often

Name: Sofia
Age: 20
Gender: female
Personality: she is very smart and loves to read. she keeps to herself and is often quite. she is the 'perfect' child and has been her parents jem.
App(a strong and detailed description or a pic): right~ http://wolfgirl1424.deviantart.com/fa...
Sexuial preferance: straight
Crush:
Weapons(limit is four): sword, small hand-held gun, and grenades.
Family:just her sister
History: she has alwysa know her little sister hatied her and gets mad at her for now becomeing her hero after their parents died. she wants her sister to go away but knows that she is family.
Other:

Mod
Kai (Angelic) wrote: "Name: Akara
Age: 21
Gender: Female
Personality: Akara is very strong and fearless, willing to take on any challenge... she is very protective and helpful, not shy at all. She is kinda gothic, she ..."

ok,ok, good, did u read the format for the rp yet? it explanes.

Mod
((haha thanks! i thought about it for ever.))

Mod
her app. is not showing up.

Mod
shit sorry i made it lol

Mod
i gtg again soon, sry. i wont be back fri or sat.

reply | flag
message 15: by [deleted user] (last edited Jul 22, 2012 04:16PM) (new)
Jul 22, 2012 09:15AM
Name: Baen Taiga
Age: 21
Gender: Male
Personality: Baen is a nice guy. He does like to help people, even if he doesn't really know them. He is always prepared to get hurt or betrayed by someone. Even though he is extremely nice, it takes him a long time to really trust someone. When someone gains his trust, he will be a loyal friend to the end. No matter what. Baen is a really sweet guy, but can have a dark side. He is protective and can be extremely rough around the edges. Just don't rub him the wrong way.
App(a strong and detailed description or a pic): 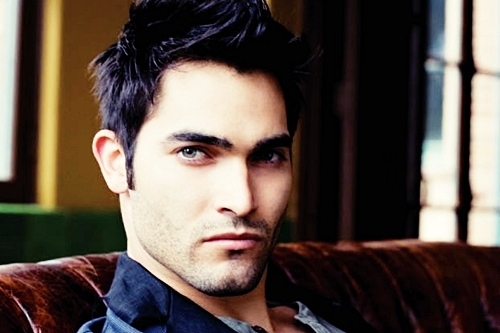 Sexual preference: Pansexual
Crush: ????
Weapons(limit is four): •Crossbow/quiver
•hand glock
•AR 15 assault riffle
•Ax
•Grenades
Family: All dead
History: Baen grew up in Scotland and Ireland. He moved around between the two a lot when he still lived in Europe. He had a good life, a mom, dad, and a little sister named Sunny. They always lived out in the country. One day, he was sitting at home while his family went into town. He waited all day, but they never came home. Apparently there was a car crash. It had killed both his parents and his little sister. This was around the time when he left for the United States to get away from the memories left at his home. He doesn't like talking about his family.
Other:

Mod
Påîslé¥ wrote: "Name: Baen Taiga
Age: 21
Gender: Male
Personality: Baen is a nice guy. He does like to help people, even if he doesn't really know them. He is always prepared to get hurt or betrayed by someone. Ev..."


sounds cool already lol. u have more than 4 weapons but i will change the limit. im putting 4 major weapons then a couple mini. like bombs,switch knife, ext. so urs is fine.