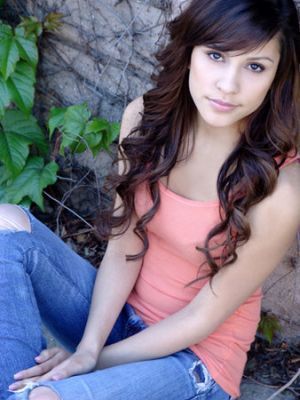 Personality: Quiet, Careful, Intelligent, Clever, Hatefull (sometimes), Skilled in battle
Godly Powers: Shadow Travel, Rise Dead, Feel when someone close dies, and can use grave dirt to summon objects
Preferred Weapon: Daggers/Hands
Other Skills: Martial Arts; Knife Throwing; and Drumming!
History: She doesn't remember. Her memory was erased when she arrived at camp by her father so he doesn't remember her past......
Years at Camp Half Blood: 1
Summer or year-round camper: Summer
Crush: Open
Other: Took Martial Arts since she was 4; Her brother's name is Red(for his hair); She doesn't like Aphrodite or Ares, or their children, but enjoys the company of Athena and Apollo demigods; Loves the outdoors; Hates the fact that she is a child of Hades (or any of the main gods). Her weakness is her little sister Violet and she is too independent. She also has anger issues. Major anger issues 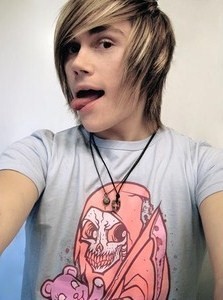 Personality: Kind, Soothing, He loves all animals, smart, cares for everyone around him, but he'll try to hurt you if you hurt someone he cares for
Godly Powers: Can heal small injuries, wonderfully talented with bow and instruments, and sound minipulation.
Preferred Weapon: Bow and Arrow
Other Skills: Painting and Basketball
History: His mother was a nurse in a hospital when he was younger, but quit when she found out that her son was playing with her antique bow and arrow. When Hunter was four, he started hunting with his stepfather and could shoot just about anything from a bird to a butterfly. When he turned eleven, Hunter started to play in a band with his friends at school. But after an incident at school he won't talk about, no one knows what it is. Then he was sent here.
Years at Camp Half Blood: 5
Summer or year-round camper: Year-round Camper
Crush: Open for business! :)
Other: to be Roleplayed!!!!!!!!!!!!!!!!!!!!!1