So what type of rp?

The most recent I've done is:

Supernatural sounds good with me.

Hmmm....could we do Faeries? They are very similar to Sprites.

Sure. But what type of fairies?

Alright. So would it be a human and a fairy or two fairies?

Human and Faery. Do you want to have two charries each? That way we both get to do a girl and guy.

Sounds good with me.

Kk, my girls going to be a faerie and guy is human. 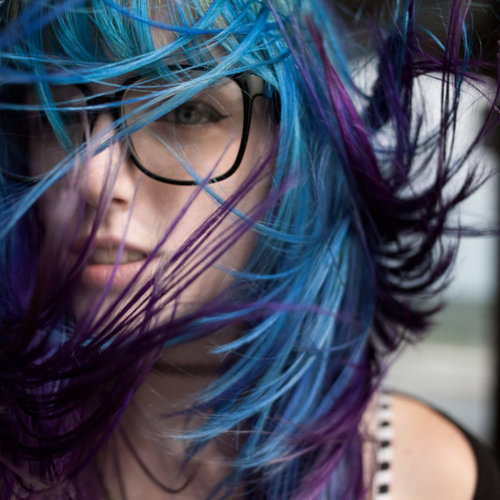 Personality: She is very diffrent and doesn't blend it, which she hates. Semi wants to be overlooked so she can do her own thing. She's very helpful and sweet. When she gets angry, she yell or just cry. She's uber smart with far and human things.
Relationship Status: Single
Other: 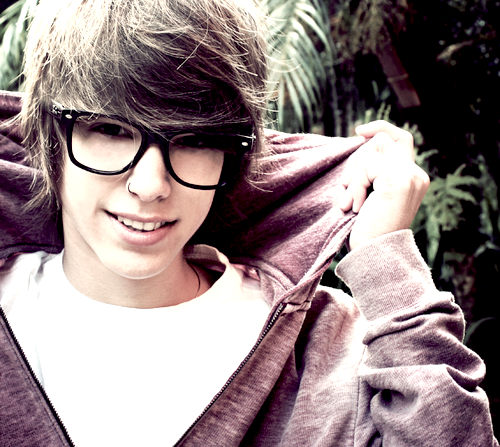 Personality: He's sweet and fun to be around. Most think he's cool but he's most a loner. He sees things most overlook and is very sympathetic becuase of that. He will rarely angry but if he does, Maxim usually walks away and doesn't talk about it. Very good at keeping secrets.
Relationship Status: Single
Other: He's a photographer

Cool. You wanna start or shall I?


Semi walked down the street Occasionaly glancing around. She was invisible from humans, literally. She walked into the park and yawned. Smi sat in a bench and took out a human book called: Twilight It was quite good.


Maxim ran through the forest. He was going to his favorite spot to shoot pictures. He finally go to the stream and set his bag near a tree. He looked in the water, hoping to see some fish or a frog.

Letter lay on a tree branch, deep asleep. She turned over and fell out of the tree. She screamed, and landed next to the stream. "Wah...." She muttered. She opened her eye slowly and felt a pain in her right leg. "Wauhhh..." She turned her head and saw Maxim a few yards away.

Ethan walked through the park, a school bag on his shoulder. He looked up at the sky and bit his lip, hoping his mother wouldn't be drunk again that night.

Maxim saw her and gasped. He had never seen a girl like her before. He bit his lip and ran over. He set his camera down, carefully, then looked at her,"I'm Maxim. Where'd you come from?" He hadn't seen her when he came here.

Semi yelled when some guys skated over the side if the bench. She got off the bench, but her stuff fell. She hadn't realized when she sat down she became visible to humans. She tried to put her stuff back in her bag.

Letter grinned. "Human!" She giggled. She tried to sit up but cried out when the pain in her leg throbbed. "Ow, ow, oooooww!" She muttered.

Ethan noticed Semi. He frowned and leaned on a tree, watching her carefully.

He fevened when she called him human but just shrugged it off. He stopped her from standing,"You legs either broken or fractured."

The wind blew, luckily she had all her papers and was just sorting them. Her hair blew to the side, and a little heart with a dagger through it tattoo was visible on the back if her neck. She stood up once everything wanein order. She frowned looking around for her book.

"Fractured...." She wondered. "What's that?" She asked. She tugged on her pearly white sun dress, repeating his words in her head.

Ethan bit his lip. He walked over to the bench and sat on the far side of it, not looking at her to much.

"It means the bone in you and may have a crack in it"he explained,"Do you want to go back to your house?"

Semi finally found it qnd picked it up. She swiped a bit of dirt off and nodded. She looked up and saw Ethan. Frowning, she bit her lip and started to walk away.

"Ummm....how hard did you hit your head?"he lightly touched her forehead.

"I dunno..." She muttered, nudging his hand with her head.

Ethan sighed. He felt like an idiot, scaring her away. He shook his head.

He smiled,"I'll take you to my place." He put his camera in his back pack, and put his bag on his back. He then picked her up, bridal style and carried her to his house.

Semi saw somethingon the ground and picked it up. It looked like a key, she looked at Ethan. She guessed it was his,"Is this yours?" She asked quietly.

Letter looked up at him and felt warm filling her. She closed her eyes slightly.

Ethan felt his pocket and nodded. "Y-yeah! Thanks!" He said standing up. "You've got a keen pair of eyes huh?"

He smiled and took her inside his house. No one was home so he set her on the couch. He then realized,"Oh! My names Maxim. What's yours?"

She nodded,"Your welcome and I guess." She shrugged

He frowned,"Ummm...okay. Letter, where are you from?" He looked at her ankle. He lightly touched it.

"It's nice to meet you Semi." Ethan smiled.

He pulled away,"Okay. Wait, did you just say a plant?"

She smiled,"Nice to meet you Ethan."

"If you don't mind me asking... Are you new here? I haven't seen you around before." Said Ethan.

"You can't be born from a plant"He frowned

Semi smiled,"I am new. I just moved here a three days ago."

"Well I am!" Letter giggled. "Silly human aren't you?"

He shook his head

Letter looked slightly sad. "Why won't you believe me?" She asked softly.

"Nice." Ethan smiled. "You need anyone to show you around?" He asked.

"People aren't born from plants. Only from their mothers"he shrugged

"What's a mother?" Letter asked. "Are they humans?"

He nodded slowly. "So what brought you to this town?"

He nodded,"Yes." This is girl is either crazy or....I have no idea. Who oils be born from a plant?

She shrugged,"Looked small and nice" She actually came becuase many fae lived here.

She frowned slightly. "I'll make you believe me! If you heal my leg, I'll show you the truth!" She said.

He checked her ankle.

Her ankle had a dark purple bruise on it. Letter bit her lip slightly.

"So do you want to go sight seeing in this miniature town?" He asked.