Name: Nequisha (Neqy - nee-kee) Jones
Age: 16
Gender: Female
Looks: [image error]
Particular personality traits: Funny and sexy, Neqy can be very aloof if you're mean to her or her friends in any way. But she is also sort of shallow, and has trouble showing her real feelings. The only person she really trusts is her brother.
Crush: Open
Friends: (will get some)
Family: Father (lawyer), mother (secretary), brother(Levi)
History: Her father was a young and handsome lawyer who was forever having affairs with his secretaries. Nequisha's mother accidentally got pregnant with Levi when the condom broke, and they got married to cover it up. Her mother and father never really loved each other, as they were both young and pretty and brainless, and always cheated on each other. Nequisha grew up at her mothers side, in a house where sex was used as a make-up gesture, and her mother taught her the tricks of the trade- basically, how to use sex to get you places in life. And she is growing up to be very sexual centered. If it were not for her brother, she would have long since not been a virgin. 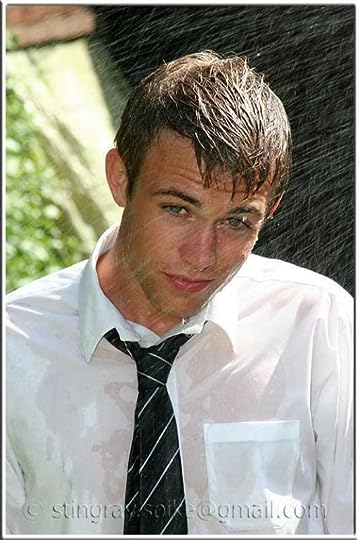 Particular personality traits: A quiet internalizer, Levi focuses most of his time on keeping his sister out of trouble. She listens to no one but him. He watched his mother and father as he grew up and learned the perils of love- it is very hard for him to feel real sexual desire for someone.
Crush: Open
Friends: (will get some)
Family: Father (lawyer), mother (secretary), Sister (Neqy)
History: Conceived in wedlock, Levi's parents married to cover him up. He grew up in a house where they always cheated on him, and if she wasn't with her mother, Neqy was left to Levi's care. Levi tried to teach Neqy that a clean life is a healthier life, but their mother already had her fake nails deep in her daughter, and Neqy refused to learn. She did, however, develop a deep respect for her elder brother, which Levi desperately uses to keep his sister out of trouble. 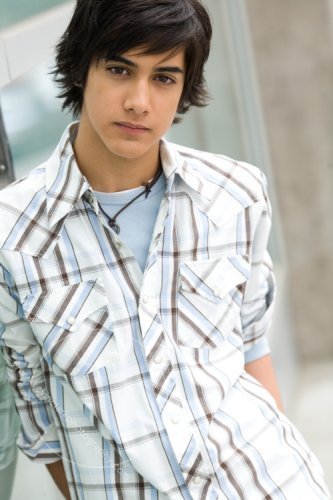 Personality: Jared is sweet and caring. He can be very funny at times. Loves to laugh and make others smile. Very compassionate. Always tries to help. Can be overprotective like an older brother sometimes, depending on your relationship with him.
Crush: Open
Friends: None yet.
Family: Mom (stay at home), Dad (firefighter), younger brother Eric.
History: Jared is actually an adopted child. He came from a bad household. His parents had been charged with child abuse and child neglection. Jared would endure the most beatings and get the less food because he constantly covered up for his younger brother Eric. When Jared was 12 him and his brother were removed from their house. A year later they were adopted by the people whom they now consider their parents.

Haha yeah, he is XD

Mod
Name:Evelyn Romonov
Age:18
Gender:Female
Looks: [image error]
Particular personality traits: She's quiet, but out going. The president of student council, and most clubs type of person. She's not one for going out much, unless academics are involved. Not because she doesn't want to, but more because she's not a fan of groups of people she doesn't know.
Crush: open
Friends:open
Family: Mom ER doctor
History: Her dad skipped out when she was only four. Her mother raised her and her three siblings, but two of them moved far away leaving her and her mother to take care of themselves.

Looks: (Couldn't paste the picture, so here is the link to see who I based him off of: http://i35.servimg.com/u/f35/14/05/95...)
Incredibly handsome; Jet-black hair that is slightly longer than average... it appears windblown to the left side; bright, mesmerizing blue eyes; well-built, but not overly-muscular; generally wears a dress shirt under a blazer with jeans (colors vary, of course); sports the "5 O'Clock shadow" as far as facial hair goes

Particular personality traits: Blake is basically an egotistical jerk who prides himself in destroying everything that is good in high school social life.

Crush: Blake truly has no "real" crush. He prefers to hit on girls, use them (not just physically), and dispose of them as quickly as possible. He preys on top of the class girls so that he can destroy them and take their place.

Friends: He has had many girlfriends but has never truly cared (at all) for any of them. He has one good friend, Mike. Mike is the only one that Blake actually likes and trusts, and that is because they have known each other since they were three. He is open to other friends just as long as the person writing the character knows that he will use, attack, abuse, and theoretically crush this friend eventually.

Family: His father, Samuel J. Reynolds, is a well-known (but retired) politician. He tried his hand in writing after his time in the U.S. Senate ended and succeeded. He had the choice to stay in D.C. and be a simple journalist or have his own newspaper where this story takes place. He is almost never home because he is always at his office editing the stories that come his way. His mother, Alyson Reynolds, is a stay-at-home mom who doesn't feel needed. She is an alcoholic because of this feeling. Beth is the maid/cook/substitute mother to Blake and is most of the cause for his mother's feeling of inadequacy. Blake is an only child.

History: Blake had the perfect life up until his mother fell into her depression. She, like her husband, is rarely home (usually out to get a drink), and when she is, she is generally intoxicated. No one knows this because Blake's father keeps it a secret to preserve his reputation. Blake is generally left to do as he pleases, and this resulted in his "I can only depend on myself" attitude. Blake is always first in his class and does every extra-curricular activity that doesn't damage his powerful reputation. Blake likes to believe that he hasn't followed in his father's egotistical footsteps but is sorely mistaken.

Personality: He's sort of a wiseman. He's smart both academically and street-wise. Great at giving advice. Talks in a cool calm voice. Though a wiseman, he's often not wise on when to be wise, often giving his two cents on just about everything. Tends to be sarcastic and enjoys dark humor. Looks at the affairs of the world as if they were a TV show.

Friends: A friend to all, yet a friend to none. He'll help any who need him, though he tends to distance himself from others through his passive aggressiveness and sarcasm.

Family: Mother was a nurse who was killed in a car accident five years ago. Loving mother who cared deeply for Dante. Her loss still pains him. Father is also a wise beyond his years guy, though he works night shifts at a factory. This leaves Dante to fend and care for himself much of the time.

History: Has always prided himself on his ability to underachieve, yet achieve more than many others. He frequently will show up late to classes or just skip them all together. Lives his life like it's a TV show, as a spectator. He's just there to speed up the plot, then sit back and enjoy.

Name: Paige Thile
Age: 16
Gender: F
Looks:
Particular personality traits: Paige is distrusting and broken. She's so lost, and she's not sure how to make it better. Paige is very nurturing though, and she'll be kind when it comes to sierious problems. She looks at most things objectively though, as she knows what real problems are. Most people won't believe her story so she doesn't tell it to them.
Crush: Open
Friends: none really
Family: none. Again
History: Her father was a push over, he worked a crappy night job. Her mom was stay at home and abused her from the time she was three until she was ten. At that point she was desperate and proceeded to run away from home but her friends found her and they went to child aid. Her mother was put in prison and was later killed there. She stayed with her father, who didn't know how to take care of her. In dealing with her Mother's death and her awkward relationship with her father she took up drugs and partying. She became addicted and one night she was raped by an older boy. At this point she was 11 and couldnt talk to anyone about it. So he let her do it again and again and again. Until she got pregnant. She aborted it, of course, but it didn't change what had happened. Her brother was stabbed, he was at the wrong place at the wrong time. Because of the tragedy his father moved them and she lost access to The drugs. She went through a long stage of withdrawal, and when she finally came out of it she realized what a mess she had made of her life. By the time she figured it out it was too late, she never even got to say goodbye to her father before he died in a car accident when she was 13. She bounced from foster home to foster home for 2 years. She alternated between eating too much and too little. She was constantly bullied and when there was a shooting at her school, she finally broke. She hadn't been killed, only grazed but that was enough. One day, she tried to commit suicide. She did it again and again and by the third time her foster parents had had enough. She spent 6 months in a sort of rehab/ counseling facility and got her life sort of together. Now she lives with a therapist there, though she generally stays out of Paige's buisness unless she starts hurting herself or acting like shes going to.