15 views
People and Teachers > People(Students and people not teachers)

Name: Matthew shadows
age: Unkown
gender: Male
Look: http://www.google.com/imgres?hl=en&am...
other: He is blind. in steed of seeing nothing he sees peoples souls.
history: He was born blind. the rest is top secret.
grade: Unkown
what are you: immortal
powers:
1) Sensing oars
2) Seeing souls
3) Light
4) Darkness
5) Travel the spirt realm
job:none
perso: He is queit as hell
family: Cassie and Jamie
friends: None
Weapons: His powers

Name: Drayden James
age: 17
gender: Male
Look: [image error]
other: Has this tattoo on left shoulder
[image error]
history: Drayden left his home and family at the age of 15. He hated them so much, he just couldn't put up with it a second longer. He knew that if he stayed he would probably end up hurting them. His father was abusive, his mom a druggie, and his older brother of in the miliatry. When he was 16 and a half he came to the school just so he would have a place to stay, and here we are...
grade: 11th
what are you: Immortal
powers: Bone Manipulation. That means he could shatter, heal, or deform anyone or all of your bones in a matter of seconds by just focusing. It's a dangerous thing, so I advise not pissing him off.
perso: TBR
family: Mom, Dad, and older brother, none of which he has anysort of interest in.
friends: He's willing to make some
Weapons: His power

Name: She's had hundreds of them. but she's been going by Fayette Dupont for a while
Age: She looks about 18
Gender: Female
Look: 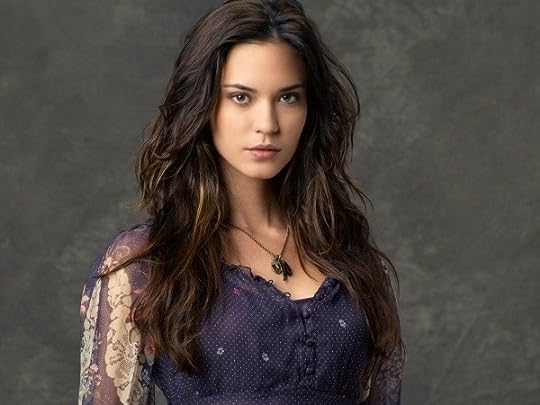 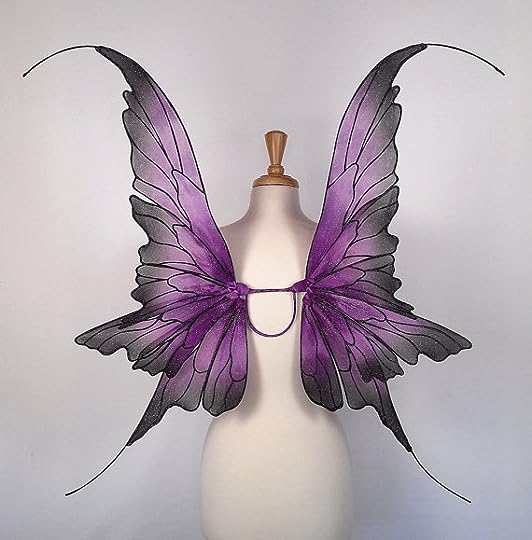 http://img3.etsystatic.com/il_570xN.3...
She keeps them hidden.
History: Fayette's been around for a long long time, and quite a good chunk of it has been the same. She changes everything around to make sure it's temporary. The only thing she's had for a long time is her name. She hasn't always been evil though, she used to be the nicest person you'd ever meet. However, once upon a time she fell in love with a normal person. It was back in Italy during the Renaissance. She had been set to marry another fairy who was influential and powerful, both by fairy and human standards, but met a mortal named Fernando. She fell in love with him instantly and the two ran away. That's why her family disowned her. Someone found out and killed them just to get to her, and Fayette's never been the same since. That's actually the reason she kept the name Fayette Dupont, it was the one she used back then. For a while Fayette hasn't done much of anything, but then she found out about the school. Although she's probably more dangerous and knows more than all the teachers put together she applied as a student, because she looks more that age and doesn't want people to know exactly how old she is. Plus, she doesn't think being a teacher is that much fun. She just came here a couple days ago.
Grade: 12
What are you: Fairy
Powers:
-Powers don't work on or around her.
-If you cast a spell on her then it'll reflect back on you.
-She can fly.
Personality: Fayette is clever and manipulative. She lies as easily as people breath, and changes boyfriends like other people change clothes. She doesn't do much with then though, kisses them a few times, gets what she wants, and then dumps them before she can get attached. Fayette keeps everyone at an arms length and always makes sure not to get too close to anyone.
Family: She was disowned
Friends: She doesn't like to get too close
Weapons: Anything she can get her hands on, she's spent her many years learning every type of fighting style there is and learning to use every weapon ever invented.
Other: She knows basically any language that's ever existed.

other: Loves to act dance and sing. Very close to Sam and Dean, but closer to Dean than anyone. Calls Sam The Monster and Dean Big bro.
history: She deosnt really remember anything but blood and a womans face.
grade:11
what are you: Half demon half vamp (if thats allowed?)
powers: 1) Strong telepathy (stronger than a usual vamps)
2) Elemental control (fire is strongest)
3) Can fly. She has wings with the demon side
4) Mind control
5) Wings are already very sharp but they can get metal strong and hard, making them deadlier than ever
job: She's a student
personality: Stubborn. Doesnt give up easily. Sarcastic. Is a total bitch when she gets pissed off (which isnt often which makes it worse).... Alot like Dean. oh andhides her wings because she's been hated by other vamps because of them
family: Dean and Sam (Older step brothers)
friends: Sam and Dean....
Weapons: Anything she can get her hands on but mostly Hand to hand combat. Also uses the tips of her wings to fight. theyre extremely sharp.

Name: Fabian Salvatore
age: 18
gender: Male
Look: http://quizilla.teennick.com/user_ima...
history: He grew up in a good family with his younger sister Fleur. Everything was going well, until around the age of thirteen he began doing things other people wouldn't, couldn't, do. The same thing was happening to his sister. His parents, thinking that the Devil was taking over him, tried to 'fix' him and Fleur,trying to torture the thing out of them, do whatever they could. One day Fleur lost it. The whole house and street was blown apart, the only survivors were Fabian and Fleur. They fled, and were found by the school. Now they're here.
grade: 12
what are you: Werewolf\human (That allowed?)
powers:(only 5)
1)- Very strong
2)- Can communicate with his sister from long distances away
3)- Changes into a wolf every full moon (Hates it, but lives with it)
4)- Speed
perso: Struggling between good and evil, very smart, but at the moment he's quite confused still. Feels alone, but shoves the thought away. Only Fleur knows how he's feeling. He hides his feelings from everyone else, just in case
family: Fleur, parents dead
friends: Fleur
Weapons: Hand to hand combat, himself when he's a werewolf


Name: Fleur Salvatore
age: 17
gender: Female
Look: http://cdnimg.visualizeus.com/thumbs/...
history: Its the same as her brother Fabian's
grade: 11th
what are you: human\demon (She wonders why her brother is a werewolf, then thinks that maybe thats actually the demon part of him)
powers:(only 5)
1)- Can make things blow up. Like, really big KA-BOOM
2)- Can make some kind of protective sheild around people, if she wants to
3)- eyesight
4)- can talk to animals
5)- Comminication between herself and Fabian
perso: She tries to fit in, but is finding it very hard. She only knows how to act, well, human. She doesnt know how to be mean and evil, but part of her is screaming to just turn it off and go wild, as in 'i'm a crazy serial killer, totally evil, i'm gonna hurt you' kind of wild. She makes sure no one knows that she thinks that though, she's very confused
family: Fabian, parents dead
friends: Fabian
Weapons: Her powers 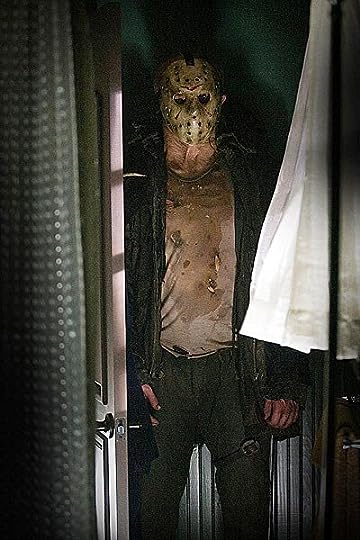 job:doesn't have one
perso:quiet but not around Erin,realistic point of view, loves family, (More on google)
family:Erin, His mom but she's dead
friends:uh um...?
Weapons: http://m83.photobucket.com/image/rece...
and anything he can find

**Edited akuma a bit, she has a 5th power and changed her fighting style a bit?**

Anyone wanna rp with me?

Draxx♫Get Scared♫ wrote: "Anyone wanna rp with me?"

Cool(:
My charrie is already in the park at school 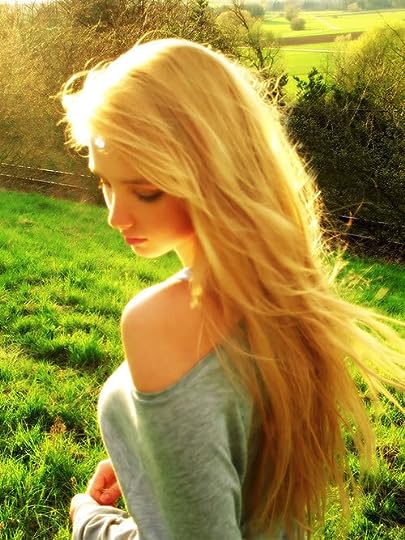 She has brilliant blue eyes
Like her sister she hides her wings, but they look like this, but real: 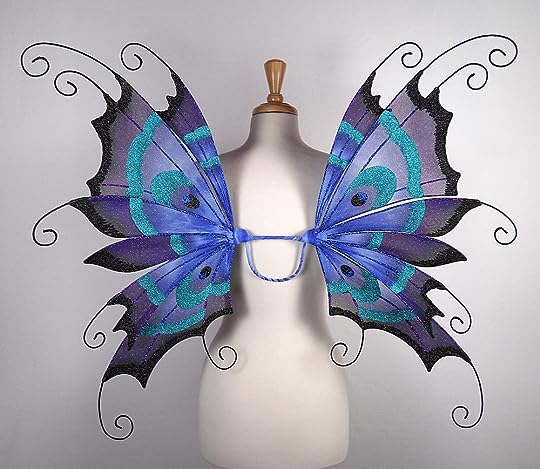 History: Alyss like her sister traveled a lot throughout her life. Her life was happy, peaceful, and never too hard. However when her sister cut off her engagement Alyss suddenly became confused and took a step back and looked at her own life. Quickly realizing what was wrong she broke off her own engagement and went to find her sister. However, she was a bit late and has spent the last few centuries looking for her. Luckily, she followed the trail of broken hearts and found her sister here.
Grade: 12
What are you: Fairy
Powers:
-Powers don't work on or around her.
-If you cast a spell on her then it'll reflect back on you.
-She can fly.
Personality: Alyss's sweet and kind on the inside. She's an amazing actress though. If the need arises she can pretend to be anyone she wants. She's extremely loyal and is always there for friends.
Family: Same as Fayette, she's her twin sister
Friends: She's been moving around so much she hasn't been able to make any
Weapons: Alyss knows how to use most modern and medieval weapons, but she hasn't been training to fight as long as Fayette so she's not exactly as good as her sister.
Other:
-She knows basically every language that has ever existed.
-She calls her sister Aphrodite and her sister calls her Athena since those were the names they used in Ancient Greece.

Name: Kasey
age: 20
gender: Female
Look: [image error]
other: wears this ring for reasons no body knows [image error]
history:TBRP
grade:None.
what are you: Mermaid (she turns normal on land.If you dont know, the original Mermaids are evil. They seduce sailors and kill them or somthing like that >:D)
powers:(only 5)Speed. Telekinesis.
job: She is the boss of some sort of paper making business. She found out it was easy money, and she dosent have to work. she hires people to do it for her.
perso:TBRP
family: Killed off her family.
friends:TBRP
Weapons: Her locket. Transforms into a staff when it is opened. [image error]

Name: Sydney
age: 13
gender: Female
Look: http://cdn05.dayviews.com/bloglovin/b...
other: Loves music, and drawing. She is also smart.
history: Killed her family & is starting to go crazy.
grade: 9
what are you: She doesn't know, something immortal.
powers:Shape shift,teleport, Under water breathing, water/blood bending, and Force field.
job:(only people that aren't students)
perso: She is kinda shy, but outgoing once you really know her.
family: none
friends: none
Weapons: Herself

Mod
Yes I do lol