The Wayne Academy for Girls and Boys- aka Spy School discussion

http://4.bp.blogspot.com/-GPS9582XHl0...
http://i.dailymail.co.uk/i/pix/2009/0...
Personality:
-Clever. Watch out for his silk voice, and silver tongue. Talented at the art of manipulation and deception. Intellectual and charismatic.
-His physique has enabled him be an adept gymnast and aerobatic, and allowed in to become skilled in hand-to-hand combat.
-Besides all of that, he can be sweet and kind. Like any other creative carefree teen.(but who knows...that could just be another one of his acts)
-He carries a large extent of knowledge over a vast area, due to his time at the academy, and years of study.

Special abilities:
-Genius Strategist/Tactician
-A master of disguise(plus mimicry)...even to the extent of impersonating the opposite gender(still needs some work on the voice without help from technology though when it comes to the opposite gender)
History:
*Lets just say he has been at the school for a while(*cough* *cough*), and knows the school pretty much as well as Darcy Chance. Nothing is really known about his life before he came here...
*Never leaves to visit "family", even for Christmas.
*There's a rumor going around that he doesn't even have parents, and was just a kid on the street before the headmaster(or mistress) dragged him in.
*He came here as a small child around five of age.(but "started" school at age 13))
*Then...we can only guess(making more rumors) what he does during the summer, since he has not actual home... 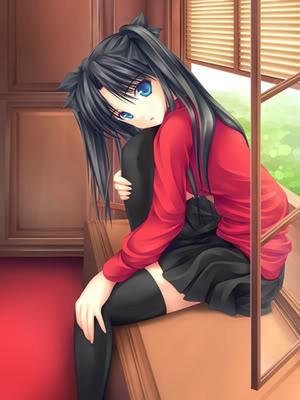 Personality:
Intelligent,
Creative,
Fond of reading books,
Loves to wear dark colored clothes,
She talks a lot when she's in a good mood, otherwise, she just listens to music all day.
Follows what her instincts tells her
Special Abilities: strategist and a linguist
History: She lives with her grandparents since her mother and father are out of the country and she only sees them twice a year, her birthday and every Christmas.
Status: Single
Extra current.: tracks and gymnastics

@Gina:
How recently had Jae moved here?
Cause Calisto might have met her in Debate Team, or Gymnastics if she has been her for a tiny bit...or maybe not *shrugs* 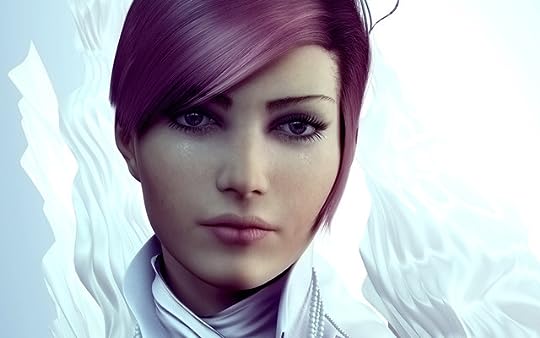 Personality: Outgoing, cheerful, bubbly, and friendly. Sees the best in everyone and has an optimistic outlook on life.
Special abilities: Can recreate anything she sees on paper (aka photographic memory + artistic skill). Reads body language so accurately it’s almost like she’s reading your mind.
History: A foster child her entire life, the Academy recruited her when she accidently hacked into the CIA in an attempt to change her grade at school.
Status: Single
Extra curr.: Combat training, swimming, and analyzing ancient battle strategies.

Name: Chris Thames
Gender: No one knows for sure but Chris. But supposed to live in guy dorms.
Age: 16
Nationality: Again, no one knows.
Appearance: Constantly changing. usually has a brown low-tied ponytail and grey eyes
Personality: resourceful, clever
Special abitlities: Really good at disguises. Can learn a new language really quickly by listening to other people speak.
History: It's a secret.
Status: Single.
Extra curr.: Computer gaming, model-making 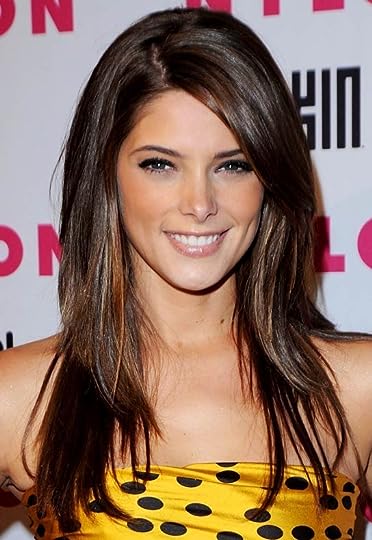 Personality: Alexis is shy and quiet. She usually keeps to herself, if she does speak to you she will be kind and sweet but she can very stubborn. She has has a bad temper and is very smart.

History: Alex's father ran out on her before she was born and her mother remarried when she was 5. Her mother only ever paid attention to her new husband and didnt care what Alex did. When she was 14 started a small business at school, she would hack into the schools grading system and change kids grade for a fee of $50. She found it easy and decided to challenge herself the next thing you know she hacked into the FBI. The school heard about this and came to recruit her.

LOL i made a no-gender character. :P probably going to be aguy in the end based on the ratio.

How many characters can we have?

Can we have more than one character? Because if so I'd probably make a guy :P 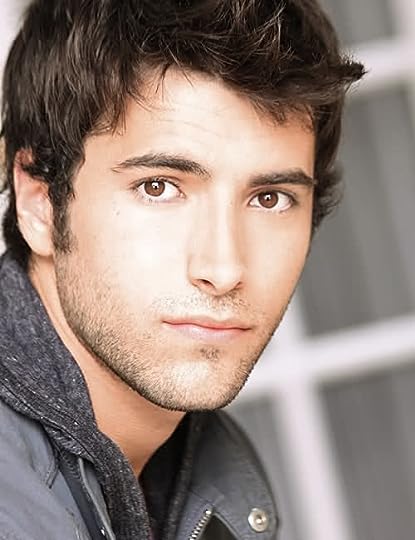 Personality: Kai is very talkative and will voice his opinion no matter what it happens to be. He tries not to be too serious and keep the mood light and happy. He is kind and sweet, he will always help if he can.


History: Kai lost his memory when he was 17 and only remembers things from the past few years. Waking up in the school infirmary is the farthest back he can remember.

Haha Calisto isn't the only guy anymore *points up*

Name: Kassia (nobody knows her last name because she never told anyone)
Gender:Female Age:17
Nationality: could be Russian with the way her name is pronnounced but can't be sure
Appearance:a timeless face (like she could be any age or be from any age), light brown hair with golden highlights, strange gold-brown eyes, about 5'9 or 5'8 so she usually stands out in a crowd http://www.google.com/imgres?q=a+girl...
Personality:she's a bit of a loner but opens up a lot once you get to know her. results to violence when she gets frustrated or angry.
Special Abilities: A third degree black belt in Karate, Tai Kwan Do, and Jujistu, she knows almost every fighting style known to man.
has an amazing sense of hearing.
History: Since she hasn't met any one she can trust yet the only person who knows anythig about her is her(strictly) best friend George Knightland but rumors curculate that she stole the crown jewels at age 14. When she turned 15 she broke into the White House, nearly killing 50 seceret service agents when the CIA finally chaught up to her.
Status: single
Extra curr: anything related to fighting. covert opps because she is good at making men tell her what she wants to know

Don't want to be too "eccentric" :P
...But of course rumors are usually(in some cases) greatly exaggerated...or some people use rumors to build a dangerous reputation...

Name: George Knightland
Gender: Male
Age:17
Nationality: British, American
Appearance: incredily handsome with curly blonde hair and hazel eyes. 6'2 http://www.google.com/imgres?q=a+boy+... Personality: warm, talkitive, but is highly seceretive about his personal life
Special Abilities: combat skills
speaks 14 languages
History:he met Kassia when she tried to steal the crown jewels. got recruted into the CIA while helping Kassia break into the White House. rumors are everywhere about the things that Kassia and he did before they got here
Status:has had many girlfriends but is looking for the "right girl"
Extra curr: drama
survival skills

That she broke in, or all of it?
P.S A good spy would have simply knocked them all out without having to kill a single one.

Name: Keeton DeForrest
Gender: Male
Age: 17
Nationality: Welsh
Appearence: http://api.ning.com/files/TvQUjL1Jx7h...
Keeton is open and friendly with everyone. He loves to joke around and play pranks. He's an excellent spy but sometimes he doesn't take his missions seriously enough...
Special abitlities: He can manipulate people very easyily with his charming smile and relaxed attitude, and he can crack almost any code.
History: He grew up in an orphanage. He uses humor to cover up for the confusion, anger, and pain he hates to feel and hates anyone seeing. He traveled Europe for three years trying to track his parents down but he found no sign of them. The spy school is home to him.
Status: Single; claims all the girls he knows aren't "childish" enough for him
Extra curr.: computer-hacking and martial arts 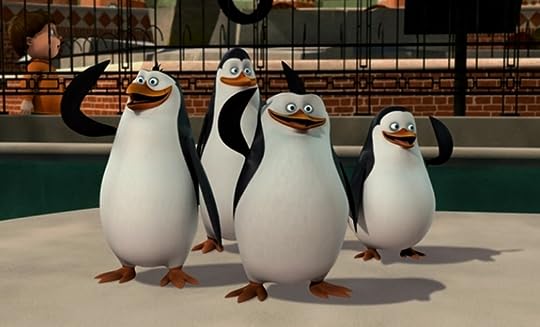 Are you saying hello to the new charrie?

Name: Alyssa DuPont
Gender: Female
Age: 16
Nationality: Italian
Apperence: For school she usually dresses like this: [image error]
For casual or whatever: [image error]
Personality: Sweet, bubbly, sensitive, drama queens sometimes, independent, loyal to her friends and family, but her anger is really just anger-y and when she cries, it's quiet so people don't hear her cry but when they see her, its hard to resist her since she barely cries.
Special Abilities: She can hear farther away and her eyes turn the mood of herself.
History: Her father was a spy just like her mother. They met on a mission, got married, yada yada yad. But when Alyssa was about 6, people took her. Very strange people. They returned her for a ransom of money, and her father was killed on a mission. Her mother, well her mother just disappeared on a mission when Alyssa was 13. Alyssa found a note, next to her bed one day when she was 14. Her parents wanted her to go to this school. So she did, for them.
Status: Single
Extra curr.: She sings, acts, and knows Japanese, Korean, Italian, French, Spanish, Russian, and English. ^^ 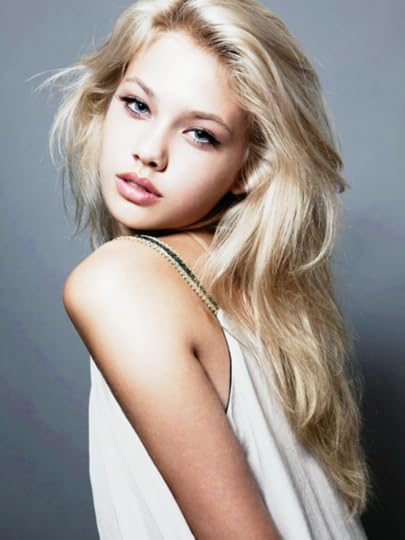 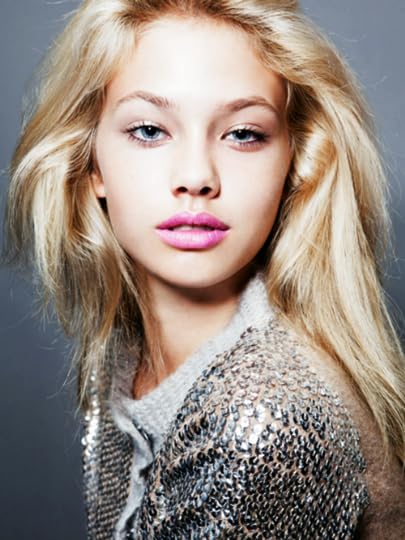 Personality: She is kind and warm-hearted, but can be very calculating and cruel when she needs to. She doesn't trust anybody. She is scary smart and isn't afraid to show it.

History: She was born and raised in Aix-en-Provence, France by her father, a retired spy, who taught her everything she knows about being a spy. She got recruited by an underground spy agency when she was 12 and she trained with them for 4 years, until she came to the Wayne academy. Her father is living in hiding in southern France and she hasn't seen him since she left.

oh no dupont is the same last name as my charrie! *face palm*

History slightly reminds me of spykids :P at least the first sentence did

lol okay then ^^ unless u want them related but it just looks weird like that. O.o

haha no they dont rly look like sisters lol >.<

The Wayne Academy for Girls and Boys- aka Spy...