I wear a uniform, most schools do in the UK. Personally, I don't really like it. Because I go to a private school it's really expensive. It used to be awful with these itchy jumpers and blazers but now they've made it more comfortable and upgraded it, but it still sucks. I know uniform is smart and it distinguishes you for what school you go to and it looks good on the school, but my uniform is just horrible.
Then again, it can solve some forms of bullying, because there are people that aren't as well off as others and I know that if they don't have 'cool' clothes like some other kids who think they're better than everyone else, they can become targets for bullying.
By having a uniform, it makes everyone equal in a way.

What do you guys think?

it wont defer bullies completely, cos bullies are bullies cos they dont need a real reason to bully, they can find themselves one if they have the right target

and yea, a uniform might look like sth manifesting equality, but only on the outside... "poorer" kids will still be taunted at by "richer" brats... and besides, yea, it might look like equality, but on the other hand, it might also point to tendencies that try to kill off distinctions in personalities, style etc.... and honestly me as a metalhead I cant picture myself wearing a uniform and unable to wear a metal t-shirt with some nice artwork on it (if I was still attending a school :D)

We don't have uniforms, but we have to wear collered shirts and we had to tuck them in and wear a belt.. I hated it!!

That sounds awful! Even worse than uniform.

Well I go to an all girls school where you wear these mini skirts and when it's really windy they fly up. Thank god my brothers pick me up on time!

The school I go to is all girls too. Our uniform are like something from a boarding school :/

They make me sick!

Still you're so lucky!

We have a uniform, sorta. We have a school symbol that has to be on ALL our shirts, and it has to be a plain T. We're only allowed to wear jackets and sweaters with the symbol or plain jackets, and we're allowed to wear any coat or pants or shoes we want. But still, everybody hates it. Though everyone sees the benefits- you know, the usual cr*p the teachers give, being equal etc.- I'd rather be able to wear whatever I want everyday of the week.
But we do have this thing called Shishi Hopshi, which means free Friday- but rhymes, too. It means on Friday we get to wear whatever we want. But that's only in our school and most Israeli schools that have the same kind of uniform don't have FF.

Personally, I hate the idea of school uniforms. I think they're restricting and don't let us to express ourselves through fashion. I'm OK with dress codes, but not with uniforms.

what do you mean

That you didn't use a question mark.

OK
But it's ugly. And there's a limit, really. This ain't a text message. You should at least Capitalize the I's.

That's mainly because they CAN.

Yeah. But I agree with Crystal. There should be some limits.

I have to wear a school uniform at my school and though it can be annoying I'm actually glad about it. Firstly, it makes the no unifrom days really special and everyone can come to school in their nice new clothes and jewellery. Not including cross-curricular week we have about 5-10 of these days a year and it means that all the teachers are really nice to us and let us have free lessons and draw on each other's faces with different coloured eye liner.

Secondly, I think it would take a long time in the mornings to pick what clothes I wanted to wear EVERYDAY. I know that I sound really vain saying that but that's just the way it works in my school: You spend ages the day before a no school day picking your nicest clothes out.

Thirdly, like all the teachers say, it makes everyone equal at least in terms of clothes. And it's not like we can't express ourselves, we just do that in cheaper ways than wearing certain clothes. We make our hair nice and dye it (some people have bright blue and stuff) and wear nice make p if we want to. I mean there are a milion different ways to express yourself including simple stuff like drawing and talking.

BTW these are our uniforms: 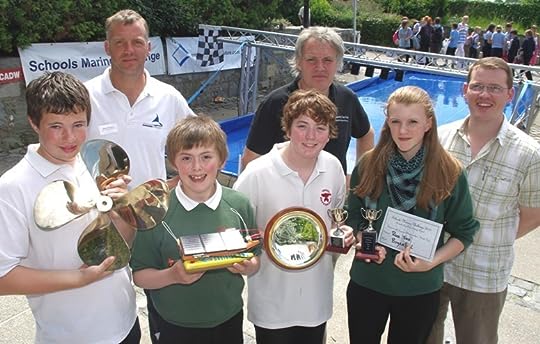 With all due respect, uniforms has absolutely lost their meanings today. Especially when you've got no-uniform days...why don't you just remove the whole uniform thing? Principally, the no-uniform day goes against the uniform-policy, so there's really no point for having a uniform if you're gonna have a no-uniform day.

There are several reasons why school uniforms are wanted. However, I feel that most of the general reasons are kinda well-known, so I'm just gonna tell you guys something about my country.

I'm from Malaysia, and it's complicated. I'll be happy to answer any questions about my country later. A few decades ago, the government wanted to merge more villagers from the countryside into the city areas. The "why's" are a little politically "sensitive". Naturally, the people from the villages, freshly-moved into the cities, were much poorer than the city-folks. Due to the already existent class/race divide, the government decided not to further exacerbate the problem. They wanted the village kids to feel that everyone was equal; something everyone should understand. It's not about the cash you have in hand.

That's the main reason we have a "school uniform" in our school(read my post to understand). However, even without the uniform, there is a very strict dress code. By strict I mean it's actually reinforced, with kids getting sent home and everything. And except for Free Friday, if you don't have the school symbol visible at all times, you will be sent home again or will be requested to remove the jacket/put on the school jacket no matter if it's hot or cold.