This thread is for members to post photos. I didn't mark this thread as Not Safe For Work, so please indicate in the questions/suggestions thread if that is your intention prior to posting so you can be directed to the appropriate place. 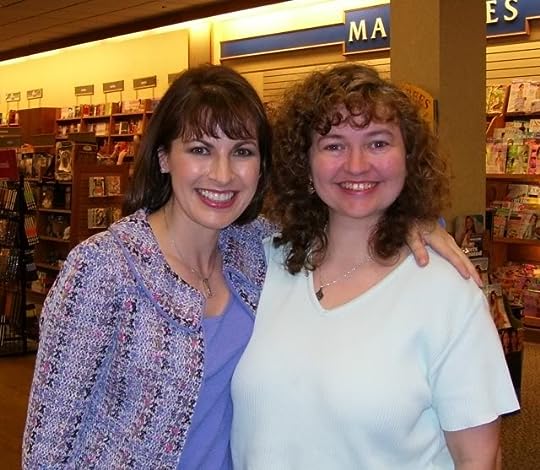 This is a picture of Lisa Kleypas and me when she came to Fort Worth, Texas during her Sugar Daddy book signing tour in 2007. She was just as I imagined her being---kind, elegant, intelligent and friendly. I feel fortunate that I had the chance to meet her!

Shannon, you are so lucky to have met her. Living in the UK, I reckon my chances of ever meeting Lisa Kleypas in person are precisely zero!

Nice pic, Shannon!! :) I had the pleasure of seeing a bunch of romance writers when the annual RWA awards were hosted here in,NYC.Unfortunately,I went by myself,so I was the one taking the pics. I would still like to put some of them up,though-the captions make great stories. No one around here understands how exiting it is to meet up the person who inspires all sorts of wicked plots!! ;)

Autumn wrote: "No one around here understands how exiting it is to meet up the person who inspires all sorts of wicked plots!! ;) "

Well, you can be certain we will, Autumn!

Autumn, I'd love to see your photos.

Carol wrote: "Me too, Autumn!"

Lady Danielle aka The Book Huntress wrote: "Autumn, I'd love to see your photos."

Opps!! sorry,ladies. Here are some of the pics.

This one was not from RWA,It was a week before the convention. Jodi Picoult was promoting the book : I`ll sing you home" 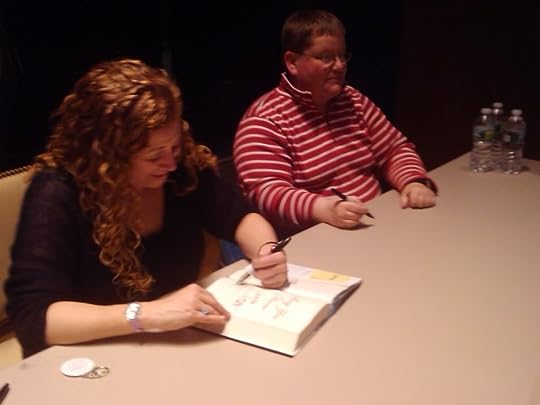 At The WRA Literacy signing the funniest thing happened: I was in the line (3 floors below from where the signing was held) and it was HOT and humid because we were still technically outside the Marriot in Times Square, I happened to be complaining about the organization of the event, such and such when this woman in front of me joins the conversation and casually asks me what books I brought for signing and I showed her the 3 books I was allowed to bring.

by Julia Quinn happened to be one of them, and she looks at me and says.. "well you might be in a lucky day while my luck ran dry because I happened to be Emily, Julia Quinn`s sister" I was like "huh?, how the hell did you get stuck in the line?" and well that`s when she explained to me how the organizers of the event were all stingy with the admission tickets-even though Emily is her publicist.Go figure. The interesting thing was when Emily called her sister and she came to rescue and took me along, YAY me!!! ;). Needless to say my time improved considerably after that encounter. I even was invited to a dinner on a floor above with a couple of Avon writers after the signing.

the pics dont have much quality,partly because it was mayhem with everyone about and I couldn't get them still
Also, I didnt have time to bring a camera ( this was technically my lunch from work) so the crappy cell camera came to the rescue.

This is Julia Quinn 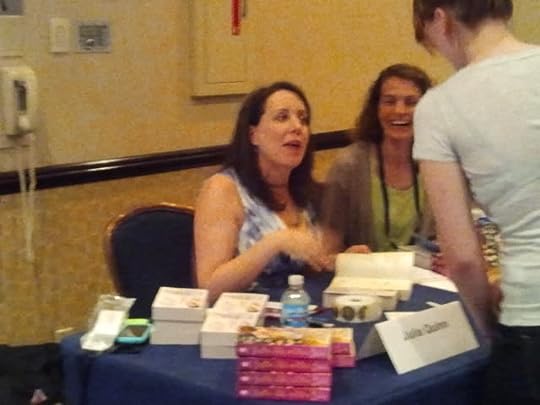 Megan Hart. She was AMAZING!! she autographed

my favorite by her. 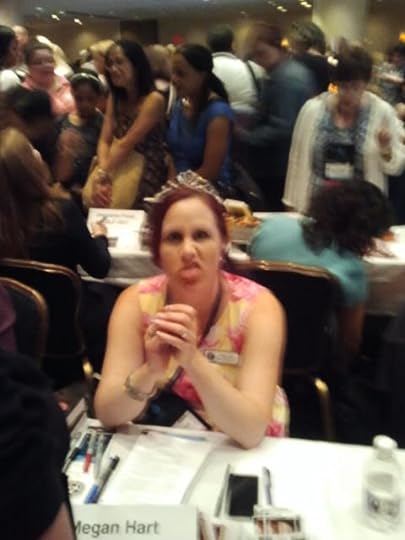 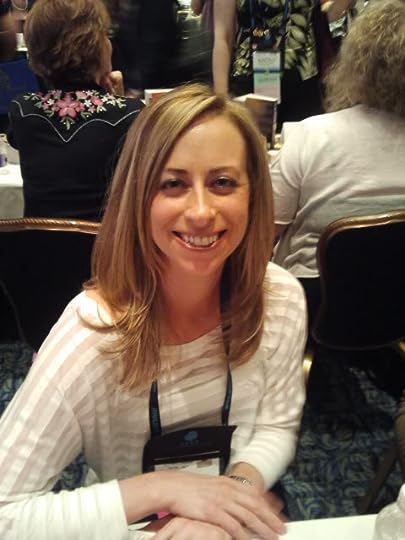 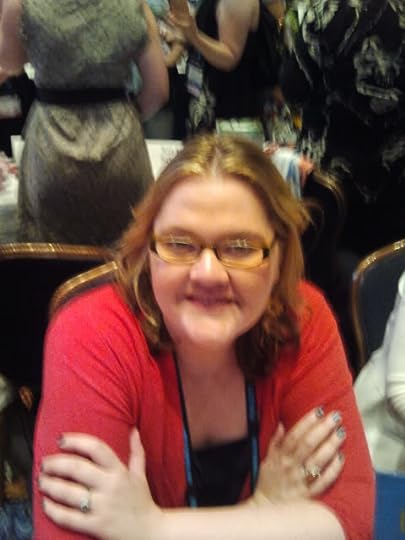 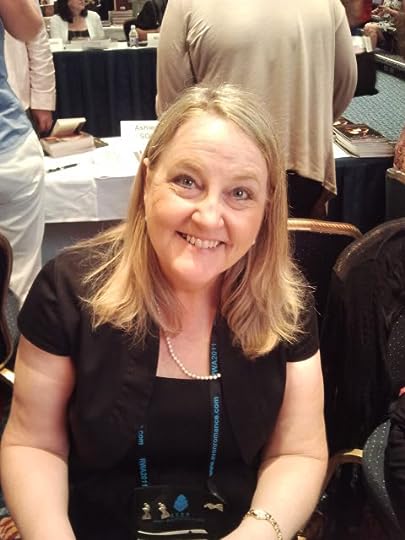 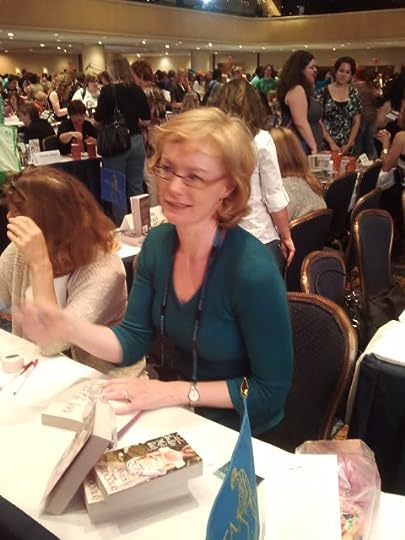 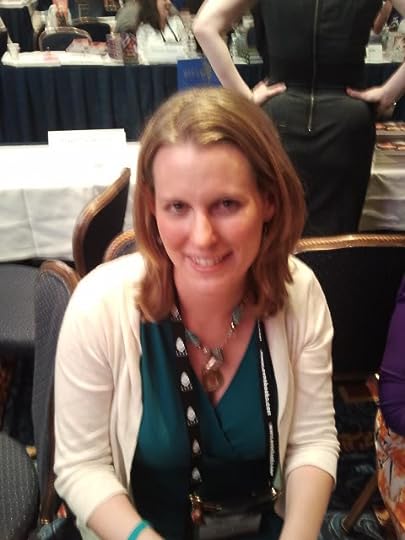 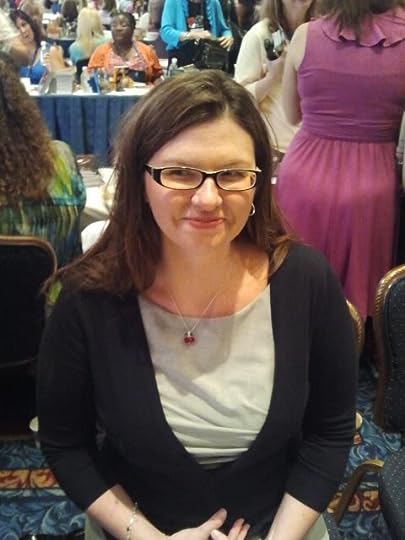 Nilini Singh was my highlight of the day!! :) She autographed 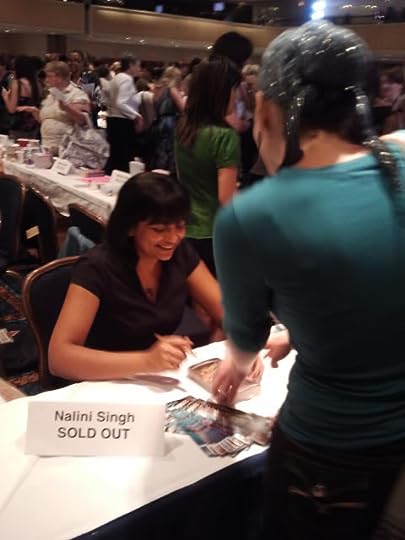 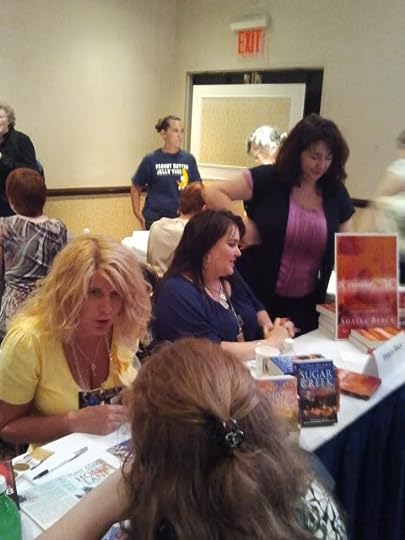 I also met with Lisa Kleypas, which was didn`t attend the signing,but was there for the dinner. (I was so sad my battery had died 10 min before I had a chance to meet her) Amanda Quick,Susan Elizabeth Philips,Stephanie Laurens,.. I cant remember more names at the top of my head, but there were more than 30 romance authors under one roof; it was romance galore, that`s for sure.

here is the elevator that took us to the dinning floor. 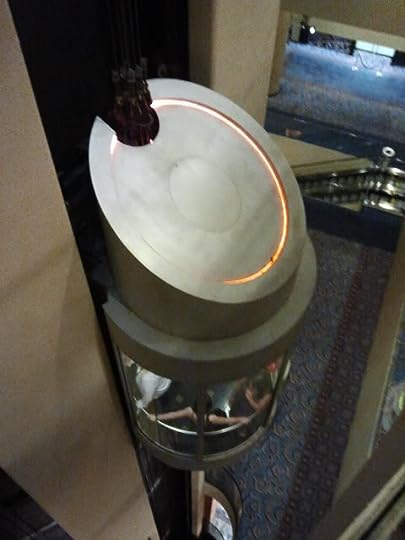 and here was the dinning area 2 min before my phone died. I was so pissed, but decided no to push my luck any further. Initially I felt like a fish out of water with my medical scrubs eating/chatting with writers and publicists of the sort,but like I was going to refuse the opportunity, right? :P 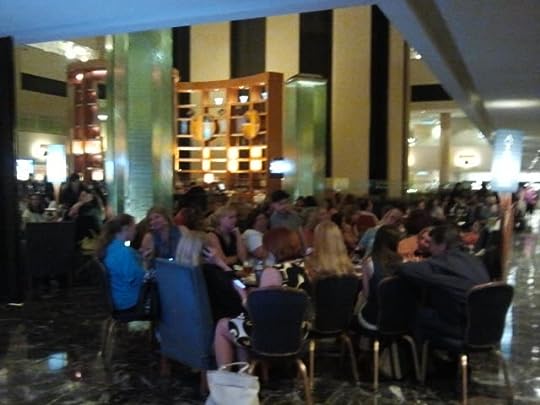 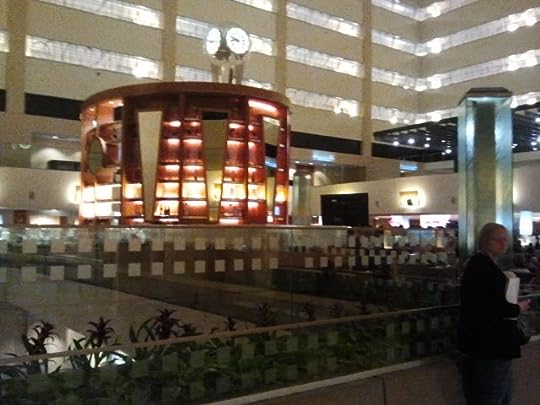 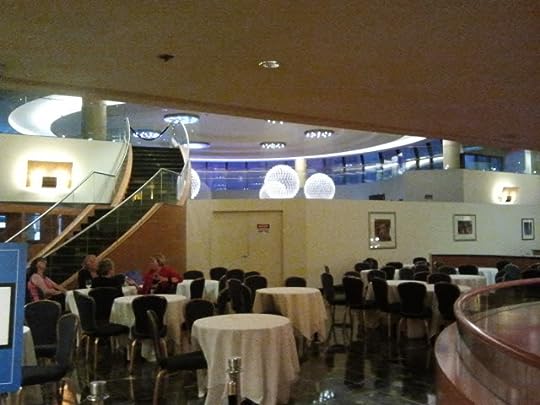 Oh how I envy you Autumn

Kesha wrote: "Oh how I envy you Autumn"


aw thank you, Kesha.I definitely owe it to the city I live in. NYC has its ways of rewarding us for putting up with the crazy life we lead here..

Oh, Autumn! That is such a neat story -- and so exciting for you! Lucky, lucky you! Thanks for the pics; they're great!

Very envious Autumn. Are you going to BEA?

Lisarenee wrote: "Very envious Autumn. Are you going to BEA?"

Lisa Kay wrote: "Oh, Autumn! That is such a neat story -- and so exciting for you! Lucky, lucky you! Thanks for the pics; they're great!"

I knew you guys would understand what this means for a romance reader!!! I only wished my cursed phone hadn't died so freaking soon! *_* **sighs** I really wanted a picture with Emily who after all made it all possible. I forgot to mention that Jane Porter

was there and even though I`ve never heard about her books, she was gracious enough to give me like a souvenir sort of thing that included some of her books- it reminded me of the Divas welcome kit. Has anyone read her works??

Autumn, I'm so envious of you meeting all those fabulous authors and getting so many books signed!

Autumn wrote: "I forgot to mention that Jane Porter ... Has anyone read her works??"

No, not me. But, she looks good. I'll have to check her out.

Carol wrote: "Autumn, I'm so envious of you meeting all those fabulous authors and getting so many books signed!"
Thank you, Carol! I looked liked kid after x-mas on my way back on the Subway, but it was worth it xoxo :P

Lisa Kay wrote
No, not me. But, she looks good. I'll have to check her out."


LOL, sorry I couldn't avoid thinking of the double entendre! ;P If you decide to read her works, please let me know your thoughts!

BEA is Book Expo America. This year for the first time on Thursday, June 7th, (I believe) they're opening it up to the public. It's being held in New York. I think the cost is about 40 dollars and you may be able to pick up free books. May being the key word. I'm not positive.

More info can be found at: http://www.bookexpoamerica.com/

I'll see if I can find more on the open to public if you want it. I got slammed with a lot of info about it this past week so I think they just opened up registration for it to the general public.

Oh that`s awesome, Lisarenee!! I Just clicked in the link and found GREAT info! I had no idea this was taking place! I would do my best to go on Wednesday if just to see John Green; I` ve been wanting to meet him forever!

Autumn wrote: "If you decide to read her works, please let me know your thoughts!"

Will do. I noticed she write Harlequin Presents and I need a Greek Isle location for a challenge... hmmmmm.

Shannon & Autumn your pictures are great! I envy you meeting all of these wonderful authors. I'm drooling over your pictures!!!

@Shannon that's exactly how I would describe Lisa Kleypas as well. :)