Mod
The teachers will be listed here (currently in progress):

History: Has lived for a very long time. No one knows how long, but it's more than 200 years.....
Relationship Status: Single
Weapon: Vampiric Strength
Other: Don't get her angry!!! 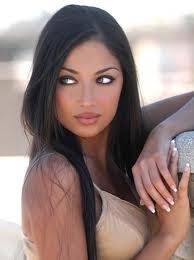 Personality: Extremely nice, but she tends to cast spells on people who are being bad.

History: She lived in Europe, Asia, Australia, and South America before finally settling here.
Relationship Status: Single
Weapon: Her spells
Other: Because she has lived in so many different places, she can talk in many different accents. She tends to pretend to be someone else when people can't see her to confuse them. She can copy every headmaster's and headmistress's accents perfectly.

History: No one knows
Relationship Status: Taken
Weapon: Control over fire
Other: He tends to be quiet, and gets angry if you ask him about personal questions. When his eyes flare red, it's best to leave the room as soon as you can, even if you're in the middle of a class.

History: Really, really long. He doesn't talk about it much, but if you ask him, he'll say, but he'll only say part of it. See, he has a pretty long history.
Relationship Status: Single
Weapon: His strength and his sword.
Other: For some reason he has a sword, even though he's a werewolf. He's usually the favorite teacher out of all of them because he's so nice and outgoing.