75 views
Roleplay! > Make your Own Character


Only 5 people can have death notes... 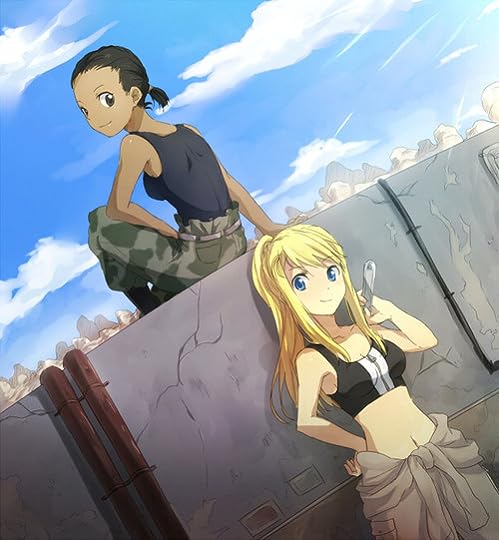 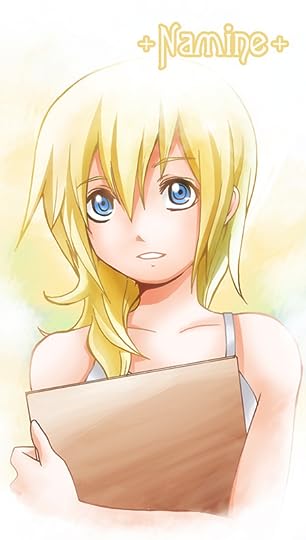 Personality: Tarrie is an adventurous spirit. She doesn't take no for an answer and will fight till she gets a yes. She thinks everyone that dosnt like her hates her and that people that do love her. She can be a little big-headed and obnoxious. She often refers herself as"Awesome Me," or"Invincible T," or something like that. She looks after Ma'Tai and makes sure the girl dosnt get hurt.
Tarrie can easily fall in love, and just as easily out of it.
Crush:No one yet
Other: She runs a "Underground Spy" group. So far, they have no purpose and it's just Ma'Tai and her. 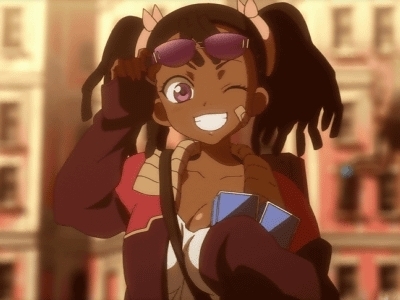 Personality:Ma'Tai is soft spoken and adorable. She dosnt use her voice often and just agrees with everything. She can't really understand large words of English, but she is spectacular in French and Afrikaans, her native language. She loves cute things but she is very cold to everyone besides Tarrie.
Crush: ...
Other:...

Personality: He is an extremely gifted child, a genius by any means. He is very observant and has equally large amounts of logic and creativity. Even though he is a child he is extremely capable and able to control himself, considering he is calm for the "most" part. He also has an "unnatural"(more like unhealthy) sweet tooth...and though he may look small and frail he is physically capable.(for his age)
Being a "little" young though, he is a bit more childish, gentle, sweet, and innocent.
Crush: None
Other: TBA
* A member of the "Wammy's House" ... therefore he is an Orphan.
*Due to his young age, he is always seen with a "bodyguard"(Guardian/Mentor person)
*Strange craving for sweets tasting food.
-Lollipops
-Gum
-Chocalate
-Fruit

((Hi. Does anybody else have a Death Note yet? If not, I'll claim one. If there are already 5 people with Death Notes then I'm fine without one.))

Appearance: Hair used to be blonde but she dies it different colors depending on her mood. Currently, her hair is bubble-gum pink. She looks a lot younger than she is and is often mistaken for being 17-19. Her eyes are blue and very pretty. Yumi usually wears a plain pair of jeans and a pink tank top along with her leather jacket. Every once and a while she'll wear the golden locket that was given to her from her father before he was killed by beyond Birthday.

Personality: She runs a nursery school so obviously she's very kind. ((If she has the notebook:)) she is desperate to find Beyond Birthday and kills those she deems "guilty" in the hopes of drawing him to her. ((If she doesn't have the notebook:)) Although she runs the nursery school, he true interest has always been the law. She studies all she can about the Kira case in the hopes that finding Kira will somehow lead her closer to Beyond Birthday.

Crush: Even though he murdered he father right in front of her eyes when she was 12 years old, Skye grew immensely in love with the mysterious Beyond Birthday... even though he had no idea that she even exsisted.

Personality: She is strange and mysterious, at least until you get to know her. She's kind, loyal, and stubborn. She's willing to die for those she cares for. She loves to read and solve challenging puzzles & crosswords. Her favourite board game is chess, which she is very good at.

Other: She can see shinigami without ever touching their death note for some odd reason. She has severe insomnia. Her best friend is a black cat with violet eyes by the name of Nyra.

Name: Naya
Age: 20
Gender:Female
Appearance:She has blonde hair with blue streaks, along with eyes that can't decide between being blue green or silver, and she has fair skin and dresses in skinny jeans and t-shirts
Personality: Quiet until you get to know her, as well as creative and a talented artist. She also loves sugary foods
Crush: L Lawliet
Other: ummmm, meow?

Personality:
She is extremely intelligent, if anything, as good as Near; this gift allows her deductive skills to be plenty of help. She is very creative and highly childlike, often found playing with a stuffed animal or puzzle. Though a mere child, she expects respect; she'll do anything she can, even die for those she cares about, to solve a case. She is less girly than you'd expect, and highly disregards those who test her to the max. She remains quiet, hates crowds, very gentle, and innocent. She's very sweet and loyal, but once on her bad side, I believe you've lost.

Other:
~She has slight paranoia.
~Member of "Whammy's House", therefore an orphan.
~Being young, she possesses a "bodyguard".
~Highly despises Misa Amane for reasons certain people know of.
~Enjoys childish games.
-Puzzles
-Toys/Stuffed Animals
~Has an awkward sitting position, much like L's

Name: Alias: Kage. Real:Shadow
Age: 17
Gender: Female
Appearance: She is a half shinigami and as such has her own deathnote, the only time anyone can see her true appearance is if they touch her deathnote. Her human appearance consists of unusual pink hair with blood red eyes, with a slim body and pale skin. She usually wears black tank top with a pink skull on it with black shorts and combat books. her hair is usually down or in a high ponytail. her true form consists of her human form plus small horns and black featherless wings.
Personality: she can be quite blunt and protective if you get on her good side, she is usually moody and depressed but can be very happy if you try to know her.
Crush: L
Other: She has watched over L since she was 7 when she fell in the human world and met him, her father is Ryuk and her mother is a human. She has protected L through his life and the rules of the shinigami do not apply to her. She is very intelligent and enjoys a challenge. Only L and her father knows of her real name.

Names: S,Z and C. Real Names: Shinakra, Zarila and Cater.
Ages: S=22, Z=20 and C=19.
Genders= All female
S's Appearance: S always wears an orange top and along with Z and C Blue-Gray Trousers, She has dark brown hair and green eye's.
S's Personality: S is always the one to bring a smile on anyone's face, She always looked after C.
Z's Appearance: Z always wears a red top, She also has an eye-patch she NEVER takes off unless she gets really angry, She has grayish black hair and blue eyes.
Z's Personality: Z is easy to anger if you know her real name, She can be serious if she has to.
C's Appearance: C always wears a blue top, She has dark purple hair and brown eyes.
C's Personality: C is hard to anger but it's easy to make her laugh, She is really shy and smart.
S's Crush: None
Z's Crush: Matsuda
C's Crush: None
S's Past: S had parents but they kicked her out at the age 5 she hid out in an alleyway surviving on garbage and stored rainwater until she was found and taken in by Wammys House at the age of 10, It was there she met Z and C.
Z's Past: Z's mother died 1 day after giving birth to Z and her dad then put her up for adoption, After being adopted 5 times she was taken in by Wammys House at the age of 9 she then met C and a year later S.
C's Past (Probably the worst one yet): C was born into probably the WORST family ever her mother ignored her and her dad nearly killed her once at the age of 3, After a tragic car accident both her mother and father died when she was 4, she was the only survivor, after exiting the car she walked towards home only to see a huge fire, She went back to the car wreck and lied in the back to sleep, Later she was found and no one from her family wanted her in their house so she was put up for adoption and unlike Z she was instantly taken in by Wammys House.
Favorite Food: S=Yogurts, Z=Sandwiches, C=Biscuits.
C's Death: After accidentally angering Z she was later killed by being shot in the heart by Z.
Z's Death: Killed by Kira.
S's Death: Didn't die. 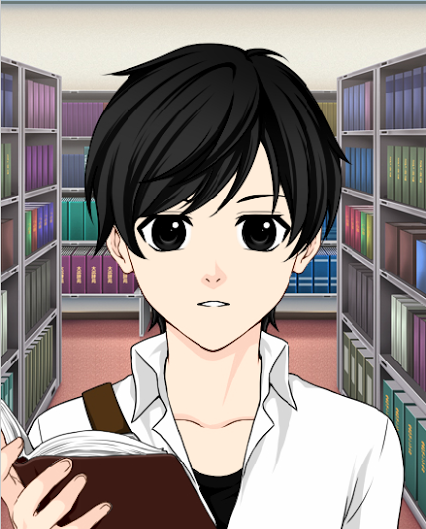 Personality: He Is Very Cold, Orphaned At Three, He Grew Up In Wammy's House Being very Close to Near, adopting many mannerisms from both him and L, He is a very gifted individual, his intellect mirroring Near's and even L's In some areas. the reason L hadn't considered him as a successor is that Jigsaw is slightly unhinged mentally, he strives to be like L and Near.
Crush: Open
Other: He Is Addicted to coffee and much like L and Near, very unaware when it comes to social conduct. As his name suggests he has an affinity for Jigsaw Puzzles, he can solve an entirely white Jigsaw Puzzle In Under A Minute If he wants to do so. ((Also If There Are Not Five Note Holders, I Would Like To Take A Spot, He uses the note to kill criminals that have committed crimes that earn death row, and those who find out the names of detectives from wammy's house, he was traumatized by the death of L so he does so as a precaution. Depending on how important the reason he may eventually make the Eye deal, but he is smart enough to manipulate other note holders to get the eyes using their lifespans and using them for his own purposes))