They are right up there with ninjas and Jedi B3

name: Doe
age: 15
gender: Female (pretending to be male)
Rank: first mate
ship: Demon South
history: Her great great great father was the original Captain of the ship.She was the first girl born in the family for generations and feels like she let the family down.After her father's death she is pretending to be a boy so she can one day take over the ship from the new family that has taken over. She has been lost to her family since she was 3.She is orphaned as far as anyone knows.
perso: it changes
weapons: sword,hidden dagger
look: girl- http://favim.com/orig/201107/21/ginge...
boy- http://thumbs.dreamstime.com/thumblar...
other:
crush: openish but can't blow her cover
Family: dead

Darn I was gonna use that pic lol oh well

name: Deseray Siculi
age: 20
gender: Female
Rank: Captin of the Midnight Rover
ship: Midnight Rover
history: She was once a innocent young girl, then she got captured by pirates. She defended herself and, single handedly, took over the ship. Okay so a couple years passed and then she found herself with two problems. Megan and Manny. Twins she took in because she felt bad.
perso: She is sweet and kind. Until you get on her bad side. If you do, your gonna get messed up.
weapons: http://us.123rf.com/400wm/400/400/sha...
look: 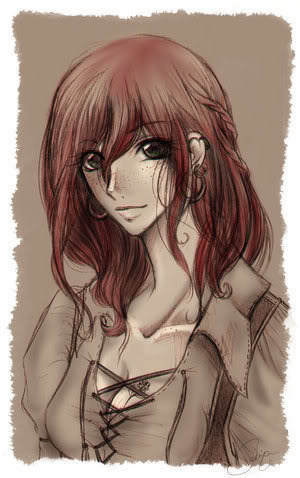 other: Has a pet: 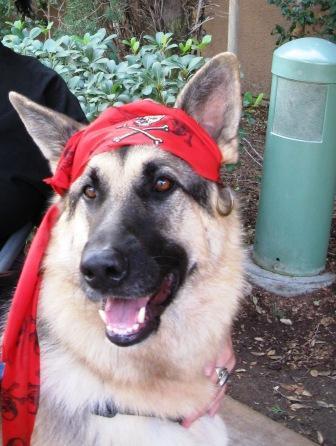 Name: Sonje Daley
Age: 16
Gender: Male
Rank: Crewhand
Ship: Midnight Rover
History: Sonje had tried being of a ship once, but was afraid to steal anything and quickly grew poor. He was lucky to find the Rover and happy to serve on its decks. In return for food and safety he works as an indentured servant on board. Still, he finds it nice to fantasize running the ships sometimes.
Personality: Sonje is a bit of a nervous coward and has sympathy beyond measure. He always feels bad at the thought of taking anything from anyone else. Because of this, he's never moved up in rank.
Weapons: Though he has no need for real weapons, Sonje carries a small knife for protection.
Look: Various piercings, long dark hair that's usually tied back, and a calm smile that matches his blue eyes. Sonje looks like what he is, a relatively nice vagrant.
Crush: It's not too much more than a fascination, but Sonje has a small fancy for Deseray. Mainly he's amazed by the thought of a female captain.
Family: Sonje has a brother in the Guard, but he doesn't mention it for fear that he'd get in trouble.

Name: Megan Lefie
Age: 10
Gender: Female
Rank:Crew hand
History: She grew up on the streets, with her brother as her only connection. She and Manny where starving and close to death, then Deseray found them. Deseray took them in with open arms and they look up to her as a hero and an older sister.
Personality: She is the mischievous twin. She is adventurous at heart and is almost always getting introuble. She only respects Deseray, and even then she still acts like a brat.
Weapons: a wooden sword
Looks: 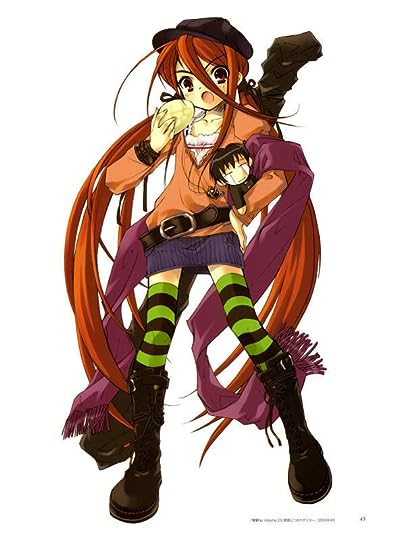 Crush: Small crush on Sonje
Other: Nothing
Family: Lenny Lefie

Name: Manny Lefie
Age:10
Gender:Male
History: He grew up on the streets in his sister's shadow. He isn't the type to put hisself out there like Megan. He, one day, met an odd man. The man gae him a small necklace and told him to keep it safe from anyone. Little did Manny know, the necklace held th Siren's curse. The Sirens Curse atracked all sea creatures, good or bad.
Personality: Manny is very shy and quite. He always follows commands and never ever steps out of line. Unless he is with Megan. Megan isn't a very good role model.
Looks: [image error]
Weapon: Woden sword
Other:the neaclace: 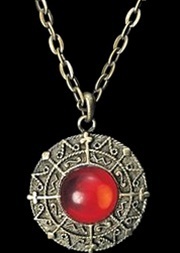 Sammi-chan~*Fell in love with a Fairytale*~ wrote: "Name: Megan Lefie
Age: 10
Gender: Female
Rank:Crew hand
History: She grew up on the streets, with her brother as her only connection. She and Manny where starving and close to death, then Deseray f..."


Erin has that pic sorry

Name: Maggie
Age: 13
Gender: Female
Rank: Does what ever is needed
Ship: Midnight ranger
History: ran away from home looking for a better life.
Personality: Tough, smart, not really a people person.
Weapons: golden hand gun, and a sword
look: http://celebritywonder.ugo.com/pictur...
family: She is an only child, her mom and dad live in England.
Crush: Open
Other: Friends with Arterei?

Name:Shannon Blackwater
Age:18
Gender:Female
Rank:First mate
Ship:Midnight Rover
History:Shannon grew up with three younger siblings. Her parents died so she was left to take care of them. She was the oldest out of them all and tried to provide for the family. Shannon had to watch them all die of starvation. She then joined a pirate ship already bitter towards the world
Perso:Shannon is a quite girl at times but when angered by someone she will get in your face. She can sometimes be cruel or cold hearted at times.
Weapons:Has a hidden blade in her boot and up her sleeve. Also has two matching pistols.
http://www.piratemerch.com/images/pir...
Look: http://model.visages.net/upload/image...
Other:
Crush:None yet
Family:Dead

((I have noticed a lot of these characters are quite young....))

((heh,I just thought I would make a older person than a younger kid))