note: This topic has been closed to new comments.
46 views
The Games > The 1st Supernatural Hunger Games! (Signups!)

Mod
Hey ya'll! Long story short: WE STARTED OVER! YAY! So we are revamping everything and I have been added as a mod, btw Hi Im WBrilliant, so along with everything else we decided to revamp this and start again. Here is the signup format:

Name: Daily Knight, age 13
Gender: girl
District: 2
History: I'm from the outskirts of 2. I've never been fascinated by my district's industry, although many of my classmates have gone on to be Peacekeepers in training. All I want is to see the Capitol, as I am fascinated by it. Fate seems to take a turn when I am reaped for the 75th Hunger Games. Leaving my family, which consists of my parents and younger brother, behind, I embark on the journey which will decide my fate.
Appearance: brown hair, blue eyes, stocky build, average height/tall for age
Power: Super Strength

History: Paisley was born into a dysfunctional family with five older siblings. When she was little, she was always treated like a baby, a child who couldn't do anything right. She had three older brothers, Hayden(19) and Viktor(19)(Twins!), and Christian(20) and two older sisters Krystal(would be 17) and Fey(21). Her parents neglected her and her sisters and focused more on their boys, making sure they were tough and strong. She grew close to her sisters and she was heartbroken when Krystal died in the Hunger Games when Paisley was 10. After the tragedy that resulted from that, she trained vigorously and caught up to her brothers' level of strength and toughness. She trained with them and grew closer with them, and realized that she really loved her family. When she was chosen for the games, she had no one to volunteer for her, her siblings were all too old.

Extremely fit and tall for her age.

Mod
Leah wrote: "Is that okay?"

Perfect! But you dont necessarily have to be yourself in the Games unless you want to, you can make up a character.

Whatever floats your boat :)

History: Paisley was born into a dysfunctional family with five older siblings. When she was little, she was always treated like a baby, a child who ..."

O YEA!!! I'll add that to the template THANKS SO MUCH

O thanks could I just ask you to edit your original post and edit her name and add in age thanks :)

Name: Jack Henderson
Gender: Male
Age: 17
District: 5
History: Jack is the eldest of three boys. His parents were never around much, so he basically raised his younger brothers. He had to train himself while also making sure that his brothers were taken care of and trained. They look up to him a lot and were absolutely devastated when his name was chosen.
Appearance: 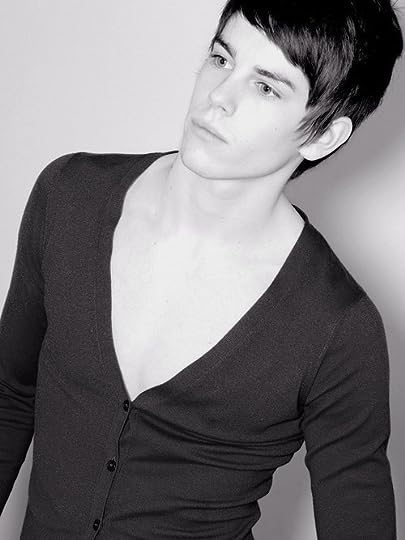 Name: Marina Jones
Age: 17
Gender: Female
District: 1
History: Marina is the youngest of identical triplets. She grew up with loving parents that were always there for her and her sisters and she can't really complain about her life. She was always the one of the triplets that was outgoing and smart. Her sisters couldn't believe it when Marina's name was called, they knew that their other third may not ever come back. They begged her not to go and told her that they would volunteer for her but she didn't let them. She was determined to try and win it for her family.
Appearance:

Name: Marissara
Age: 16
Gender: Female
District: 12
History: She is the oldest of 3. She loves her family dearly. She has a brother who is 14, and she would take his place in a heart beat. She can't volunteer for her sister because she is 5. She is a hard worker and doesn't give up.
Appearance:
[image error]
She has brown hair and blusih-gray eyes.
Power(see "Power" topic): Coal Dust

Name: James
Age: 17
Gender: male
District: 12
History: James is from one of the poorest families in District 12. He lives with his two sisters, Karla who is 4 and Siena who is 11, and his father who has lung cancer from all the mining. His father hasn't been able to provide for them for three years, so James takes care of his sisters. Both he and Siena take care of Karla and are very protective of her. His mother gave birth to James as a teenager. She left then when he was five, but came back when he was 11 with Siena, a newborn at the time. She stayed for a few years, but she died giving birth to Karla. When James left, his father was days away from death. James acts like he is dark, cold, harsh, and doesn't care about anything so as not to get hurt. He never lets his guard down, even around his family. He's been this way for so long that it's almost as if he doesn't even know how to be warm and kind anymore. He knows he needs to be strong for his sisters, especially with his father's illness. But deep down (and I mean wayyyyyyyyyyyyyyyyyy deepppppppppppppp downnnnnnnnnnnnnnnnnn), that kindness does exist. Because he spends all his time at home or in the mines, he doesn't have any friends. He makes no social overtures to anyone. Inside, he's afraid of being let down, like his mother did.
Appearance: James is extremely burly, and stands tall at 6'1". Other than that, he has a very sharp jaw, silvery grey eyes, jet black hair, and olive skin--the typical Seam look.
Power(see "Power" topic): Coal Dust

Name: Ethan
Age: 17
Gender: Male
District: 3
History: Middle child. One older brother and one younger. Grew up in middle class family. Parent's always busy, but family gets on well. Doesn't have many friends, keeps to himself, mysterious, intelligent, but doesn't like being at school, doesn't care what other people think of him. Leaves his girl behind.
Appearance: Brown hair, blue eyes, 6 ft, fit. (I can't post a pic :'( )
Power(see "Power" topic): Static Shock

((I think James' and Ethan's districts are switched--James is supposed to be in 12...))

yeah it's the wrong way around


this is what he would look like, lol :P

Mod
Lilith wrote: "((I think James' and Ethan's districts are switched--James is supposed to be in 12...))"

((I can't edit WBriliants posts, but when he comes on again, ill ask him.))

Mod
Lilith wrote: "((I think James' and Ethan's districts are switched--James is supposed to be in 12...))"

OOOPS! So sorry guys, but its fixed now :)

Mod
You could of had your spot if you signed up earlier. You said you called that spot, and us mods told you to go make your character. Milan asked for her district to be changed before you made a character. WBrilliant really has more control than I do, though I was the original mod. I'm sorry you had it last signups, but this is a total restart, so it doesn't really count any more. I'm sort I said it was good before, and then WBrilliant changed it, but it was probably the right thing to do. Don't worry, next time you can get D1 if you sign up early.

Mod
Okay Im going to be straight out with you Sanquinary Jaidyn. I don't appreciate the attitude. We broadcast to EVERYONE that we had started over completely INCLUDING THE SIGNUPS. You can choose any other open district you want. You cant tell others things for certain, like telling them they cant have a spot, and you cant call a spot in the signups. I agree with Charlotte if you had made your character when we told you to instead of telling everyone you called the spot this all couldve been avoided. Again which district do you want?

Mod
Yes you could.

Mod
Milan also happens to be being polite and friendly, whereas you are being quite frankly, difficult.

Mod
WBrilliant ~Mustaches and Top Hats~ wrote: "Milan also happens to be being polite and friendly, whereas you are being quite frankly, difficult."

Haha you made me smile. Thanks

Mod
Nononononononono Milan you created NO trouble you have been as sweet and considerate as cherry pie it jus Sanguinary Jaidyn who is causing some difficulties but they can all be sorted if she cooperates.

Name: Lana roltts
Age: 14
Gender: Female
District: 3
History: She lives with her dad who is the mayor of the district. She does not like to talk about her mother or her history. She is reckless and does not like to be restrained. She was well loved in her district and was quite popular but she wasn't exactly close to anyone. She can be quite ruthless when needed. Clever and usually has a few trick up her sleeves.
Appearance: 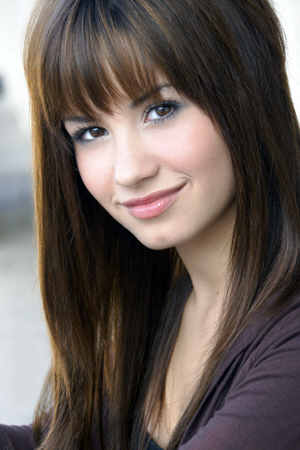 Mod
So just pick another district! It's not the end of the world! You can even change your character to fit your new district, and you can sign up for a D1 girl next games!

Does anyone here think we need a 'personality' slot?

Mod
Put the personality in the history part of it I guess.

I am really sorry, but I have no idea what is going on.

Mod
Sign up for our rileplay where you create a tribute then pretend they go to the hunger games. But your tributes have a superpower depending on it's district. (see power topic) please full out template on first page for your character

Mod
Rue-Lu wrote: "I am really sorry, but I have no idea what is going on."

Okay so what you have to do is follow this format:

reply | flag *
« previous 1 2 3 next »
back to top
This topic has been frozen by the moderator. No new comments can be posted.
Add a reference: