3351 views
Side of the Milk Carton > Literary pet names

Which author or character has been the inspiration for your pet's name?

well, I'm allergic to cats and my house-mate is allergic to dogs so this is my dream pet.....

Dernhil from The Naming by Alison Croggon (I can just see him as big black friendly dog!)

My cat has a regal name - Cleo (short for Cleopatra). She has the haughty attitude to go with it.

I didn't get to name my pets, they were already named and I didn't want to confuse them. But my roommates' cat is named Neville (for Neville Longbottom from Harry Potter).

My sister named her horses after characters from Anne Rice: Lestat, Louis and Rowan.

My daughter named our cat "Lumos" after a spell used by Harry Potter.

Barb wrote: "I don't think I've ever named a pet after a literary character ... but we did have 2 cats who we named Felix and Oscar after The Odd Couple.
Our dog is named for candy ... Reese - for a Reese Pean..."

My friend had two cats named Bookem and Danno.

My 4-month-old kittens are named Brontë and Browning.

I had a Fjord (Icelandic) horse named Jasper after author Jasper Fforde The Eyre Affair.

Cheri, cute name, but did you have one of these? 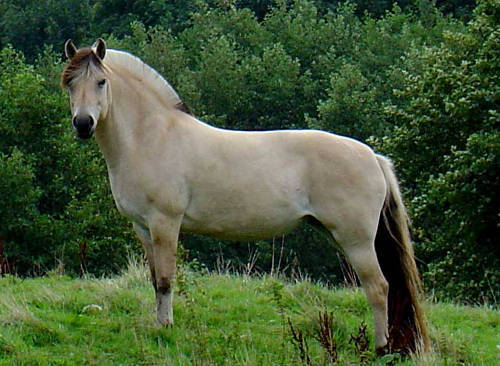 or one of these? 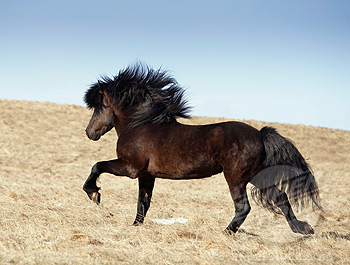 Fjords are from Norway, Icelandic horses are the only breed from Iceland.

One of my Facebook pals has an older black lab with a gray muzzle named Jesus.

I was sitting under the carport late one night when a totally black and full-grown male cat walked up and jumped into my lap. I called him Atticus. Great cat.

Sarah Pi wrote: "Cheri, cute name, but did you have one of these?

or one of these?


Fjords are from Norway, Icelandic horses are the only breed from Iceland."

My guy was much smaller, almost ponyish. Extremely bushy haired. Coloring like the first pic but bigger head and shorter neck. I'll find a picture and post.

A cat named Bandit (from Smokey and the Bandit),
A cat named Tigger.
My boy dog is named Atticus and is often called Finch or both when in trouble.
Two pleco fish, one named Scout the other was Chud (for the horror flick C.H.U.D).
A fantail goldfish named Boo.
Two chow/lab mixes, that were brothers, named Butch and Sundance.

None of my pets right now have literary names, but I always wanted a cat named Hagbard Celine (from The Illuminatus! Trilogy). I thought that was pretty much the coolest name ever when I was about 15. I always pictured this hypothetical cat as being a long-haired tabby, maybe orange. One day.

My unofficial cat that's really a cat of my parents is named after a cat from a children's book. His name is Findus.

We call his brother Eeyore.

Susan wrote: "A cat named Bandit (from Smokey and the Bandit),
A cat named Tigger.
My boy dog is named Atticus and is often called Finch or both when in trouble.
Two pleco fish, one named Scout the other was Chu..."

All three of my cats are named after boom characters.

I have had fish named Lewis (Carroll), Leo (Tolstoy) and Ed (Poe).

Amelia wrote: "All three of my cats are named after boom characters.

I have a rottie named Kender...it was Tas but I got rudely impatient at how often people thought I meant Taz! lol

I came up with a literary name for my cat after I've already named him something else, because at first I didn't know his breed or even gender (I picked him up from the streets). But if I had a chance I'd have named him Bender after Ostap Bender from The Twelve Chairs by Ilf and Petrov, because my cat's a turkish angora and Ostap Bender was the son of a turkish patrial. =)