reply | flag *
message 2: by [deleted user] (last edited Apr 04, 2012 11:12AM) (new)
Feb 23, 2012 02:58PM
Name: Megan Fire
Age: 18
Power/Ability: Can control fire and is fire resistant
Hobbies/ Things you're good at: Self-defense (fighting with dagger, bow and arrow, sword, etc.)
Appearance: Sleek body, blonde hair, dreamy blue eyes...beautiful
History: Parents were very powerful people
Other: She has been in the Lost Talent camp since she was 10 so she has good experience

Name:Mary Jane(Jane)
Age:20
Gender:Female
Ability/Power:
Tekenisis~
Jane has the ability to move solid object with her mind. Though this doese not include darkness, light of liquodes.
Hobbies:Jane likes to draw, and to teach others how to place in art. She's always off to explore some odd trail.
Appearence:Basically she's kinda Jane from X-Men 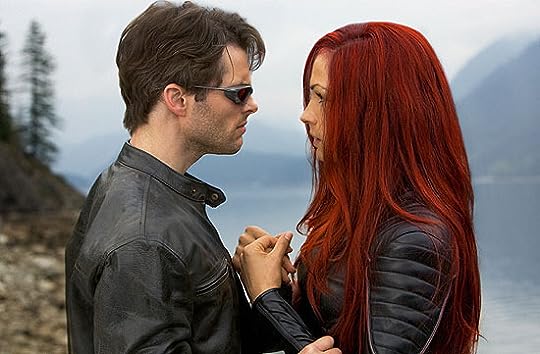 Personality:Unlike most, than Jane likes to turn things into games. She's likes to make things fun for the kids, and so it's no wonder she's the art teachers. She's alwahys taking her campers on adventures, and breaking the rules. She gets them out of trouble easily, and she's kind.
History:Jane was only eight years old when her parents and her little brother got in a carcrash, in which her parents were killed and her brother became braindead, soon dieing the next year. For a few years she was sent through the foster care, but no would could really stand her. And so when she was thirteen she came here. At first she hated it, but she grew to love the school and soon became a counsler herself.
Other: