Okay, I've been avoiding doing this. I suppose it's time.

For some nutty reason, I volunteered to be a guinea pig for a group author discussion in June. I have a new book coming out in my Task Force Iota world—Turning Tricks—at the end of May. I hope no one kills me. I sort of rewrote my series arc and had to write a direct sequel to 18% Gray rather than the next in the series I had promised. In other words, TT features the same mc's as 18%.

For now, I'll tell you that it heavily features the medical/cybernetic sci-fi elements, and there are some new plot elements you'll see in the rest of the series.

Should I do a group giveaway for the discussion? Technically, I'm supposed to do GR giveaways a specific way, but I might be able to work around that. I'd like to offer a chance at a freebie to anyone in this group who is interested in the discussion.

Anne wrote: "Okay, I've been avoiding doing this. I suppose it's time.

For some nutty reason, I volunteered to be a guinea pig for a group author discussion in June. I have a new book coming out in my Task F..."

This question is rhetorical, yes?

Mod
A group giveaway would be awesome!

I, for one, am not at all disappointed to learn this next book is a sequel.

All right! I'll figure something out, then, and announce details here.

BTW, if I haven't announced a giveaway by the end of April, someone might want to remind me...

Mod
This is totally awesome!!

I'm kind of looking forward to it, even. LOL

Wow! Just WOW, Anne! I'm currently reading 18% Gray for the A-Z Friends Challenge and Team Bingo. "Survival of the Queerest" oh hell yeah! Thoroughly enjoying the book so far. It would be fantastic to see a sequel come from this book.

You are so in luck, D, because there's a sequel coming out in May—near the end, I don't have an exact date yet, but I'll post it when I do.

I'm really glad you're enjoying it! I love hearing that from people. :-)

I can't wait either! And I'm so not promoting, because I'm trying to finish another book and I'm being lame...

lol When is it out again? I need to make sure I get it. And I need to re read the first one so I'm ready! lol

I will need to do a re-read also I think!

It's out next Wednesday the 30th.

Okay, I don't normally do this, because I like to keep the Chicks & Dicks somewhat separate, but today the post we have up is important to me. It reminds me of a different time in my life, and it's extremely real if you know what I mean. So, check it out: "The Darkest Hours" by Gary @handovertweets http://chicksndicks.blogspot.com

Hey, there's a pretty substantial excerpt on the Dreamspinner page for Turning Tricks, so I thought I'd direct everyone there. http://www.dreamspinnerpress.com/stor...

You have to click on "expand" on the right side of the screen to see the excerpt.

They don't do pre-orders? Bastards. Making my life more complicated.

Please publish everything you write from now on at Riptide, yeah? Easier for me.

LOL Well, I can understand. I do really like the Riptide functionality, both for authors and readers. But since I started this series with Dreamspinner, it's likely I'll do the whole thing there.

Did I tell you guys I might have Laslo & Logan's book out in November/December?

Okay, I reblogged a post that went awry, and anyone who wants a little bit of history on Turning Tricks can check it out on my site: http://annetenino.com/2012/05/27/i-di...

Release Day! And it's even 20% off at Dreamspinner Press today http://www.dreamspinnerpress.com/stor...

lol! I got my copy this morning! :) Woot. Still re reading the first one right now. :)

Jambrea wrote: "lol! I got my copy this morning! :) Woot. Still re reading the first one right now. :)"

Oh! And I'm in the middle of reading Frat Boy & Toppy now, and loving it!

I'm glad you're enjoying yourself with that one, it was fun to write. And, you know, kind of hawt. ;-)

I'm glad you're enjoying yourself..."

Anyway, congrats on the release! Of course you need some proper cake, and since we're in sci-fi group, NASA cake seems appropriate...;) 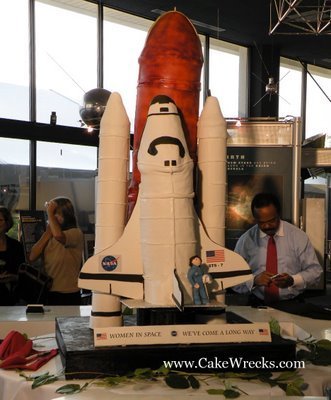 
That booster rocket, it's so . . . powerful looking. Like it has a lot of thrust capability.

Can you imagine if someone made a cockring that looked like a space shuttle? I love that!

Hey All! I'm blogging at Dawn's Reading Nook today, and among other things I'm talking about scifi romance fans. http://dawnsreadingnook.blogspot.com/...

Yes! This is the map I wanted to see. I am adding it to the other thread too. 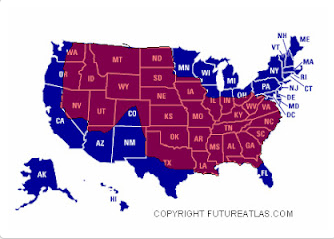 Cool! I should have thought of putting it there.