92 views
General Fuckery > Hi to all of the Lurkers! (Sally vs. Elsa)

Come out, come out where ever you are. :)

We have lurkers? Aren't those a type of hunting dog? 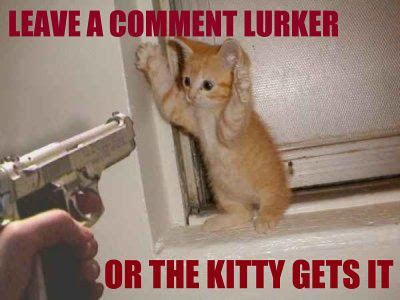 Funny, I noticed when I signed in we now have 1275 members! I seem to remember celebrating 1000.

I'm comfortable with the term lurker. I really don't get in here enough. How is everyone today?

I wish GR allowed tagging. I'd tag the heck out of some of my friends who are members of TC and never post. :)

I'm fine, Catherine thank you for asking. It's very nice to meet you. 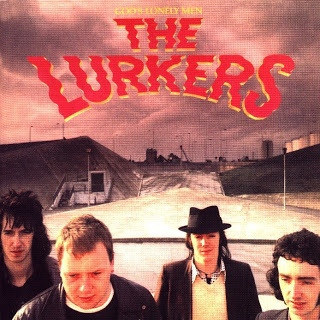 ...of course there's a band called "The Lurkers"

They're not "lurkers." They're the audience.

Hello. My name is Angela & I'm a lurker.
Hell, I keep up with only 3 GR groups & it's all I can do to get through the updates sent to my e-mail. Then there is the fact that I feel like if you don't have anything worthwhile to add to the conversation you should keep your virtual mouth shut. Otherwise, I think y'all are fucking awesome and I quite enjoy sitting quietly in the corner waiting to add my two cents worth.

That was at least worth a nickel.

WOOOO HOOOO!!! We're glad you two are hanging out here in TC. Jim's our unofficial welcome wagon, but I'm gonna usurp him since I beat him to the punch.


Oh. But dangit. That wasn't your first posts. I don't do well filling in for Jim. I'll leave the welcome wagon duties to him from now on. Still... woo hoo!!!

Angela has 504 posts. I'm not sure she qualifies as a lurker.

Sarah Pi wrote: "Angela has 504 posts. I'm not sure she qualifies as a lurker."

I noticed that... that's why I decided I'm no good as the welcome wagon.

Where did you get those pyramid statistics? And how do you know that the 90% are lurking (reading and not responding) rather than just absent?

Mod
It's just a jpeg I pulled off the internets. I wouldn't regard it as factual.

So, maybe not so many lurkers.

I can understand why members who don't support the current adminstration might hesitate to post. It ain't easy being anything but an Obama supporter here.

Sarah Pi wrote: "Angela has 504 posts. I'm not sure she qualifies as a lurker."

::gratified someone has noticed her occassional input::
::wonders if it is perhaps the change of profile pic and addition to her name that has several members wondering just who the hell she is::
As with any group, there are several 'regulars' here who are always right up there chatting away. I love listening in(especially when Clark or LG is talking), therefore I figured I must be a lurker. I suppose I'm simply the shy girl who occassionally has a sarcastic or grammatically incorrect comment.
There. That had to be worth at least a buck fifty.

How about H.W.P.P. after your name?

Mod
Before, your mind was untwisted, now it's completely twisted, thus our confusion. But there ain't no way you are a lurker with 511 posts.

Mod
Right. If we know your husband's pizzle is apierced, probably by definition you can't be a lurker.

His pizzle is puzzling.

Lobstergirl wrote: "It's just a jpeg I pulled off the internets. I wouldn't regard it as factual."

It may not be factual, but I suspect it's fairly representational. You need to add another layer to your pyramid. There would be a certain number of members who don't even lurk. They joined the group but never open the door and check things out.

Ahhhh. I've grown so accustomed to his bedecked disco stick that I forget mentioning it gets me instantly recognized. LG, I've always been twisted, just too damn lazy to bother adding it to my name here.

Scout wrote: "So, maybe not so many lurkers.

I can understand why members who don't support the current adminstration might hesitate to post. It ain't easy being anything but an Obama supporter here."

Are you assuming that those who do post are Obama supporters? There is a cross section of us who aren't Americans and there are enough threads in TC to avoid the ones dealing with politics.

Mod
Well, in Scout's defense, the shades of grey rarely post about their ambiguity. Only those who have opinions on the matter ever post.

Mod
Janice wrote: "Lobstergirl wrote: "You need to add another layer to your pyramid. There would be a certain number of members who don't even lurk. They joined the group but never open the door and check things out. "

Probably 5% of our members are actually dead.

If you look at the number of views each thread has, it's incredibly small compared to the membership. (Though I'm not convinced the view counts are always accurate. I've seen new threads suddenly acquire impossibly high view counts in 3 minutes, at 1 a.m. Not too likely. Yes, I know it's not 1 a.m. everywhere in the world. Still: not likely.)

Clearly the vast majority of our members join the club and then never or rarely come back.

I have no opinion on this matter.

Mod
I hope 5% of our members are not dead.

I'm not dead yet.

Barb, I usually let the barbs pass, but I take issue with your characterization of me:

"It seems to me that she's saying that since the majority of our US members are not republican lovers (can't say I blame 'em) ... that must mean they're all crazy flag waving Obama superfans, and that's all they ever want to talk about. Apparently, there are no shades of grey in Scout's universe."

That's not what I said or even implied. I don't affiliate myself with either party, and I certainly don't think supporters of President Obama are crazy. And I find that sorting out the shades of grey is very difficult.

I hope you'll reconsider your statement. Statements like yours and Bun's piling on would discourage most people from posting anything with which you disagree. Lurkers may be doing the smart thing.

I'd like to see more Romney fans or Santorum fans in here. I really want to know what their support stems from.

Phil wrote: "I'd like to see more Romney fans or Santorum fans in here. I really want to know what their support stems from."

Mod
I don't understand what the confusion stems from about why some people support Romney, Santorum, or candidates like them. It's one or more of the following:

1. They hate Obama with a passion and would give anything to see him defeated.
2. They are evangelical conservatives who are opposed to abortion.
3. They loathe the idea of "big government." They fear that this is the same thing as socialism, their big bogeyman.
4. They loathe the so-called "liberal" establishment (which is not really liberal), whether it's media, political, academic, or whatever.

:slides a schooner to Jim:

BunWat wrote: "In all honesty Scout, I really don't see what was so terribly offensive about what Barb said. It was a little testy maybe, but it was hardly a rabid personal attack. Even more so, I REALLY don't ..."

I found it offensive that Barb took it upon herself to speak for me. And "tee hee" can only be interpreted as derisive and hardly appropriate in polite discourse.

Less all jus drink til we silly.