Mod
The B2M Club's first choice for the quick read is a poem of rare quality - at the time of publishing, many critics assumed it pretentious, vulgar, insincere; some even accused Poe of plagiarism (I am way too lazy to go to detailed research about those accusations), while the others praised the composition and hypnotic rhythm that gave many frights to unaware readers/listeners (however, in today's world maybe only to very little youngsters).

Edgar Allan Poe even wrote an essay about the poem - for me, revealing how's something done somehow kills the magic of the thing itself. Well, what do you think? Of the poem, of Edgar Allan Poe, of the critics?

Here's a link to the page where you can read it in full, without bothering to find yourself a paperback version: The Raven

BUT if you wish to have more quality time with the poem, I suggest you read it alongside with the voice of Christopher Walken. You'll enjoy it immensely, I hope :-)

Several movies were inspired by the poem, most of them are short ones, probably available on YouTube. The one worth mention though, would be The Raven (1963), Ivana18 mentioned in the Feb 2012 QR Nominations Thread. 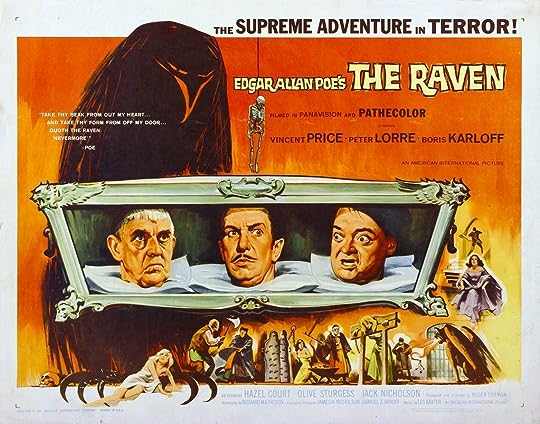 Hilarious poster, don't you think so? I haven't seen it yet, might do that in the next few days, especially because guess who had a role in the film: 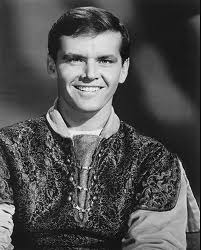 I read The Raven in my youth (and all E.A. Poe's work) and then it was great for me. Recently, I listened it because I remembered Vincent Price and his distinctive and unsurpassed voice :)) Thanks to the dark phase in my life (today is called gothic...) Back then I saw all E.A.Poe adaptations by R. Corman in which Vincent Price played. These are: House of Usher (1960), The Pit and Pendulum (1961), Tales of Terror (1962), The Comedy of Terrors (1963), The Raven (1963), The Masque of the Read Dead (1964) an The Tomb of Ligeia (1965). It's important to mention the impact of these films to Tarantino. But ... Tarantino has watched all ...

Mod
Hanja wrote: "I read The Raven in my youth (and all E.A. Poe's work) and then it was great for me. Recently, I listened it because I remembered Vincent Price and his distinctive and unsurpassed voice :)) Thanks ..."

Ha, cooool, gothic phase :-D I think I saw only House of Usher, but long time ago, I do not even remember anything but Vincent Price. Do you remember The Raven? Till now, I've seen only portions of it and some pictures, it seems funny, although I do not expect much. It is Roger Corman after all :-) I didn't know that Tarantino admired his work! Now I wonder what kind of influence that old master of horror/comedy had on him :-)

Mod
Seen the movie at last - utterly silly but funny script, ridiculous costumes, childish effects but amusing performances and one very real raven, all that makes the movie impossible to review. It was obvious that the actors had really good time working this movie, especially Vincent Price. Even usually deadly serious Karloff couldn't be so serious. I was surprised when I saw at the end that the script was written by Richard Matheson. It's never late to learn something new :-)

Mod
Kindle edition of The Raven, together with Poe's biography and Doré's illustrations, is currently being offered FOR FREE. Of course, the poem is in public domain, but this edition sounds good to have :)

I'm not sure I even knew there WAS a movie of this, lol. I did find the poem quite haunting, though.

The Raven (other topics)