What art museums would you recommend?

The Art Institute of Chicago is my favorite, but I grew up in Chicago, so I'm biased. I also like the new Denver art museum. Some of the smaller art museums are kind of cool, too...I think my current hometown of Milwaukee has a good museum. They program well for their size. Buffalo has a decent museum, too.

I'm jealous of David because he's seen the new Museum of Modern Art in NYC...I want to see that one. I also want to get up to Minneapolis and over to Cleveland to see their renovated spaces.

What do you recommend? What art museums do you like?

I like the Getty in Los Angeles. Great art, and the cool minimal architecture up in the hills is so serene.

I would love to float around in a white dress, and be the Spirit of the Getty...

Oh my favorites are all in NY of course: Met Museum of Art, Natural Museum and Hayden Planetarium. *sigh*

Having just come back from Paris, Musee d'Orsay was great no matter how bored Jake was. We walked into the Van Gogh room, and all he could say was Bad. *shakes head* The boy might be sophisticated with books and movies, but not with art. He did want to see Mona Lisa but we didn't bother with the Louvre just to see that. Did you know you could spend every day going to the Louvre for 9 months and still not see everything?!

The Armory Museum in Paris was fantastique!

I love all the great museums in D.C. - the American History Museum is so much fun! Did you know they have a Star Trek display?

Lori! I was thinking, "Larry, I didn't know you went to France!"

I've had very little museum exposure. I will rectify that when I move away from here.

zoe, now I'm dying to get back to London before I die!

Mindy - even I was confused, yikes.

France? I went to France?

My favorite is the Clark in Williamstown, Mass.

The only good one in San Diego is the Timken--plus it's free.

This thread makes me feel like I need to get out more. But if you find yourself in one of these places I would suggest:

The Speed Art Museum, Louisville, KY - a little bit of everything, including modern art and even some graphic and industrial design

St. Louis Art Museum - quite awhile sense I visited this one, but the Van Gogh exhibit a few years back made me happy

I also love the Getty. I lived in the L.A. area for a time, and I went there every chance I got. It is also free(you pay for parking).

Yes, Nighthawks is usually at the Art Institute of Chicago, Dave. But at the moment it might be on tour with the Hopper retrospective. I'm not sure if that's over yet.

I love Hopper, by the way. The room in which I currently sit has about fifteen Hopper prints on the walls. Last year I visited the Hopper retrospective in Chicago twice...it almost brought me to tears. I'm serious.

By the way, I much prefer to go to Art Museums by myself. I always seem to be with people who either speed through everything or want to inspect every picture for twenty minutes. Plus I like getting into that interior space and if I have to be polite and talk with others it's harder to get there.

I went to the St. Louis art museum a couple times over the summer. It's a nice place to absorb air conditioning on a scalding St. Louis summer afternoon. They have lots of interesting stuff there. Plus my inner crotchedy old man likes mocking some of the modern art upstairs.

I'm an imbecile, yes, but I still like walking through all that boring-ass ancient Egyptian and Greek decorated pottery and saying: "Dude, check out those jugs!"

The Cloisters in NYC. Pieces of transported abbeys and churches from Europe cobbled together into a museum of medieval art. Also, I once went to a choral/organ concert in their chapel, and it was awesome.

We went to the Met last weekend while I was home for Thanksgiving. We spent a lot of time in the weapons and armor section looking at pretty Asian swords and making fun of fat King Henry armor.

Gets me every time...

(Remember that one, Michelle?)

I enjoy going to museums, but my taste in art is questionable. I liked these a lot:

I regret not taking better advantage of the museums in San Francisco, though I've visited many of them. I also regret not visiting more museums in NYC when I used to live on the east coast. 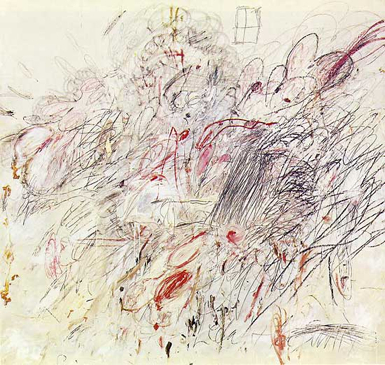 That one's not as bad as some of his others. 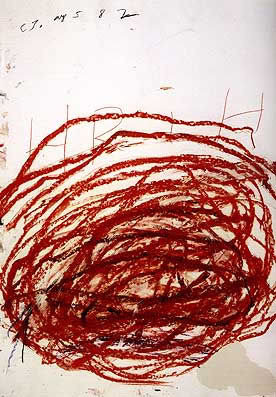 I loved the Dali museum in Figueres, Spain. Even the building it is housed in is amazing.

Centre Pompidou in Paris was amazing for me as well, we liked it so much we came back again the next day to see everything we might have missed- plus you can get an amazing picture from the balcony on the top floor of the Parisian sunset with the Eiffel Tower in it.

I didn't care for the Musee d'Orsay, though when I was there they had a fantastic amount of Degas' sketches. I like the use of the train station for the building as well.

The Rodin Museum is amazing too. I love that it's laid out like a park, we spent nearly an entire day walking around the grounds.

I have not seen nearly enough of American art museums. I think that's a definite lapse on my part.

Kelly, I forgot about the Cloisters in the Bronx! One of my favorite places of all.

Oh, man, I love the Rodin museum. It's fantastic!

I'm kind of excited about this...

And this is getting good reviews, too...

We have the awesome American Visionary Art Museum -- http://www.avam.org
I recommend visiting the first weekend in May, so you can also see the Kinetic Sculpture Race:
http://www.kineticbaltimore.com/


I love the MOMA and the Met in NYC, and all of the great galleries in DC, particularly the National Portrait Gallery/Smithsonian American Art Museum double header.

David wrote: "Yes, Logan! I forgot about the Dali museum in Figueres. It was amazing.

Has anyone been to the Dali museum in St. Petersburg, Florida? (What a dumb place for a Dali museum.) They have quite a fe..."

Yes, I have been to the Dali museum in St. Pete. It's not so strange to have it there because many art aficionados vacation in FL and are used to more culture than we have here. Paintings of garish orange sunsets behind silhouetted palms just don't cut it. St. Pete is full of northern retirees and they were there in force when I was there. I think it's a top notch museum.

Favorite museums: Art Institute of Chicago, Metropolitan in NYC, British Museum, V&A , The Tate, and Amon Carter Museum of Western Art in Fort Worth, TX. (Actually, Cowtown has three 1st class museums.)and The Dali Museum here in FL. I would give a lot to be able to see the one in Spain, but I don't have a lot.

My first ever visit to a museum is very memorable. We stood for hours in line to see the Treasures of Tutanhkamun exhibit on opening day at the New Orleans Museum of Art when I was just a wee one (3 years old to be exact). The line to wait to get in was ridiculous, but OH MAN... everything we saw once we were inside was awe-inducing. I remember my parents commenting on how ridiculously silent and well-behaved I was being. I'm sure it's because I was really into it. We visited the N.O. Museum of Art several times while I lived there while growing up in N.O. I also loved the field trips the Musee Conti Historical Wax Museum. :)

RA, if you ever make it to the MOMA in NYC, you should know that it also has a cool rooftop bar/party area that most tourists don't know about. A friend of mine took me up there - it has a spectacular view of Central Park and the Upper Eastside.

I've always wanted to visit the Getty. It was closed when I was in LA a few years ago. The grounds and the view from there (it hovers over the PCH) were impressive enough without needing to go inside to look around. I would've loved to have seen the art on exhibit, though.

Little Rock has some cool art and history museums (and a childrens' museum that's pretty cool, too) nestled right in the middle of downtown Little Rock near the Arkansas River.

The Clinton Presidential Library museum is beyond awesome - I've been on that tour with friends on at least 2 occasions and both times, the displays were fresh and interesting - they change out the display items so it never gets old. My fave items on display are the gifts that were given to the Clintons while they were in the White House - some from foreign dignitaries, some from celebrities, some from philanthropists, and artists...


Okay, segueing into mention of OTHER museums now:


And, believe it or not, central Arkansas has some fascinating small museums like the Agricultural Museum in England, AR... and Toltec Mounds (the museum is a collection of artifacts that have been recovered during archaeological digs on the ancient Indian burial grounds).

And the Ripley's Believe It Or Not Museum in St. Augustine, FL was wicked cool.

I also love historical landmarks and homes-turned- into-trustee-run-museums. Hemingway's house down in Key West was fascinating to me... most particularly the cats and the room in which he did most of his writing. And another fave - one that is fairly obscure unless you're familiar with the Berkshires - Naumkeag. It's in Stockbridge, MA which claims Edith Wharton and Norman Rockwell as natives. Naumkeag is the summer home of the Joseph Choate family. The 15 gardens are impressive and the house is ridiculously cool - they were ahead of the trends in their art collection. I'm kicking myself for not insisting on a tour of Tasha Tudor's place in Marlboro, VT.

Plantations I've visited that have peaked my interest - Nottoway Plantation, Oak Alley Plantation, Destrehan Plantation, San Francisco Plantation, the Myrtle Plantation - of these, Oak Alley and the Myrtle were coolest (mostly because they're regarded as "most haunted"... I didn't see anything, but was still creeped out all the same! SO cool.).