6 views
The Survival Base > Survival Teams

Mod
If you want your charrie to be one of the people that ventures out of the base to find other people, then post there profile here as well as in the charrie topic. If I or one of the other mods do not think they are a good choice, we will let you know and delete the charrie profile from this topic, but they will still be able to be a normal person in the roleplay. If your charrie is chosen, then they will be paired up with at least one other charrie as a team. Once your team is approved, then you can roleplay in the North America topics, searching for other people. 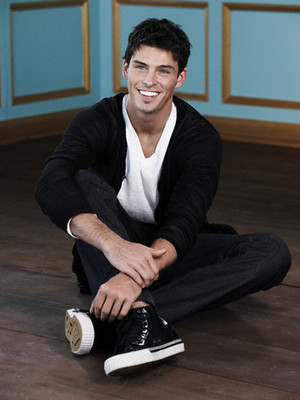 Personality: Professional. He can act like he can tolerate you pretty well if he doesn't, for a while, but he's not going to lead anyone into thinking he likes some girl more than he actually does. He's not good with emotions, and when someone cry's he's completely defenseless.

Skills: He's a strong swimmer, and is a real survivor. He can make something he needs out of just about anything if he really concentrates. He's also a good fighter, too, in case something in the water goes after him.

History: He's not telling anyone anything. He doesn't like to get personal.

Family: All dead, according to him.

Location: At the base

Name• Drew Harris, though you'd never hear her going by her last name

Birthday• November 29th, BC (Before Crisis) 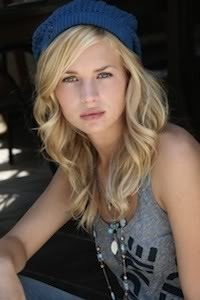 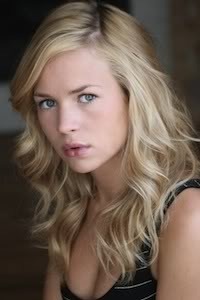 Personality• Drew, in a word, is intense. By nature, she's strong willed. She doesn't take no for an answer, driving at a person till she achieves what she wants. This, though, is not to say she's manipulative in the least. Just forceful. She holds herself in a larger then life cast, appearing to always have control of a situation. Her manner is never short of dynamic, her movements vigorous, and eyes carrying that dangerous glint that tells you she's up to something. If there's one thing she can't stand, it's people opposing her. She can't stand for someone to call her bluff, and to be proven wrong unleashes her. She does, however, find time in her fervent air to make snide remarks and be sarcastic.
Yet her harsh exterior is slightly flawed. Her spirits darken when she thinks she's alone and her fears and hardships catch up with her normally rapid sprint. Despite her sometimes spiteful appearance, he does what she can to keep everyone around her safe, to the point of being willing to die for them, not that she's ever let it known. Better to look strong then weak.

Skills• She can run on adrenaline solely, making her a dangerous opponent. While not perfected, she does posses fighting skills, and has no problem using them on whatever gets in her way.


History• Before the crisis, when lives were as normal as they possibly could have been, with all the little midwestern families and all their little white picket fences and dogs and barbecues on the fourth of July. Except that that wasn't Drew's normal. For the first four years of her life, living with an alcoholic single mother in Brooklyn, Drew longed for those white picket fence families, and then her fourth birthday came and with it the cops and her mom was taken away. She drifted around in foster care, quickly falling from the high end of things with no more hope of watching fireworks with a mom and dad and golden retriever. She had almost gotten old enough to escape before the crisis happened, but it did, and somehow she survived, she found the base, and as much of a family as she'd ever have.

Family• Not Applicable, as they might as well be dead for the fat lot of good they did her.


Location• At the Base

Mod
:D approved. Can she and Luke be a search party together? Or do you want to wait until there are more options to decide?

Sure, she and Luke can be a search party :)
Sounds good!

Mod
:D okay, do you want them to start inside the base? Like they're getting ready to go?

Skills: He knows how to handle a pistol. He's also fast and strong.

History: His dad and mom were killed when he was young when 3 thieves broke into his house and killed his parents because they were going to call the police. After that his uncle cared for him. His uncle was a policeman so Felipe wanted to be a policeman too when he grew up. When he reached the age of 18 he applied for the local police force and he was recruited. When the flood came, his uncle drowned but he told Felipe about the base before he died.

Location:At the survivors' base

❊Sky❊ wrote: ":D okay, do you want them to start inside the base? Like they're getting ready to go?"

Sure! I'll go there now!

Mod
Okay, I'll meet you there

Mod
I would, but I'm already in the other one, and someone else should probably get the open spot instead. Anyone else up to starting a survival team?

sure, i will. I need to get involved with the base though, right now i am stuck in an apartment in Miami, Florida, well my character is anyway.

Mod
Okay. See if you can get someone else to join a survival team with you

Mod
The base isn't actually that far. Just have the charrie make a raft or something and fall asleep while they're drifting. Then someone from the base can find them.