He is in training.

Name: Sunheart
Age: 13 months
Gender: Male
Guardian in training/ Guardian: Guardian in training.
Chore: Blacksmith
Personality: is very quiet. He comes across as dull and dim-witted, but he wears many 'masks' to hide his true identity. He is an excellent fighter, and is very determined. Once he starts, he won't give up! He can be too hard on himself if he gets something wrong.
Appearance: http://www.google.co.uk/imgres?q=barn... Like a barn owl.
Crush: None
Mate:
History: (Thinking)
Mother: (...)
Father: (...)
Owlettes: Planning on having some.
Other family: None.
Strengths: Determined.
Weaknesses: He is hard on himself if he gets something wrong.
Likes: Being alone, quiet.
Dislikes: Getting things incorrect.
Friends: None really.
Other:

Mod
Name: Raven
Age: 13 in owl years
Gender: Female
Guardian In Training or Guardian: Guardian in Training
Chore: Battle
Personality: Raven is quiet and shy, and rarely interacts with others. Deep down she is sad and depressed, but she never shows it. She hides it by rage and hate. She loves to fight and will kill without hesitation.
Appearance: Pure black, with a silver slash over her right eye, kinda like a scar. She has one red eye and one pale blue eye.
Crush: Open
Mate: None
History: She won't tell. All that is known is that she is the only surviver of a family of eight, except for her brother, who "disappeared". She knows what happened to him, but nobody else does.
Mother: Dead
Father: Dead
Owlettes: None
Other Family: All dead except for her brother.
Strengths: Fighting and killing
Weaknesses: Staying calm and peaceful
Likes: Revenge, killing, fighting, battle
Dislikes: Peace and serenity
Friends: None
Other: Constantly looks for her brother.

Am I approved?
Also, I will make a name I'm just thought of one.
Can I use warrior names, I like them?

Mod
Sure :) but first you need a chore. Chores are kinda like placements. I'm going to put a topic up about them so you can look at that to see what they are.

OK.
IDK what you mean.

reply | flag *
message 8: by [deleted user] (last edited Mar 01, 2012 06:43AM) (new)
Mar 01, 2012 06:43AM
Name: Moon
Age: (in months) 3 in Owl years
Gender: female
Guardian In Training or Guardian: In training
Chore: Colliering and Weather
Personality: (at least three sentences) quiet and thoughtful, once thought to have been slow and stupid until she said something that showed she had been listening and thinking.
Appearance: (picture or two sentences) 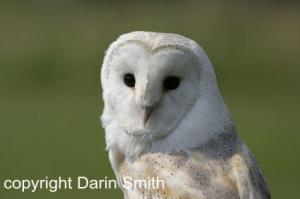 Crush: open
Mate: none
History: (optional) : Moon was born on the night of the Eclipse. back when she first started to fly, she had no choice but to fly in daylight and was mobbed by crows. they pulled out a lot of her feathers. when the feathers finally grew back in, they were all pure white.
Mother: Cherry (dead)
Father: Harry (dead)
Owlettes: None
Other Family: nest maid snake named Mrs. Natrix
Strengths: her silent speed, ability to listen and make fair judgements, and the weapons she created
Weaknesses: (must have!) she is very shy
Likes: flying in storms and reading
Dislikes: gahoology
Friends: open
Other: she has a pouch made from a fox pelt that holds special weapons she made herself in the Desert of Kuneer.

ps- she hasnt arrived at the great tree yet

Guardian in traing or guardian: In training

Personality: Calm and gentle to everyone who is welcome, not to enemies. Fierce in and gentle sort of way to people who are bad. Her voice and words comfort everyone.

Appearence: White as snow on her whole body. Has a few flicks of gold on her feathers on her back. Her back feathers are fringed with light golden brown. She is attractive but on one of her claws are crooked

History: Willomeeda was born in a big tree. Her father was out hunting and when he came back, he was astonished.

Father: Was very kind and brave, but died in a big battle.

Mother: Was depressed when her husband died, but she recovered, now she is healthy as any owl.

Owlettes: none, but they like her and she likes them.

Other family: cousins, aunts, grandparents, uncles, live in the great tree with her

Strength: extra-ordinary hearing ability, and she can heal people really well (with medicine and herbs of course), even though shes almost done with training

Weaknesses: she cant stand others hurt, and she would risk her life for her friends and family.

Other: she is very smart
Likes: helping, singing, and reading

dislikes: mean owls who are selfish, but she still treats them fairly

Name: Jade
Age: 4 year (owl years
Gender:Female
Guardian In Training or Guardian:training
Chore: Search and Rescue
Personality: Smart really opened minded; But REALLY annoying.Will do anything to do whats right.
Appearance:large blacky brown spotted owl with white spots.Has a notch in her beak, a long scar on her back and dark scary eyes
Crush: Doesn't get crushs
Mate: none
History: a fromer pirate from the Northern kingdoms and escaped. Her mom cut open her back and killed her dad .She believes other things and hopes to find her dad.
Mother:messed pirate leader
Father:unknown
Owlettes: practicing in her search and rescue chaw she found a owl named Dex that she lives with
Other Family:
Strengths:Strong smart fast
Weaknesses:goes yeep when sees paint and feels snow ice or really cold
Likes:books, fairness
Dislikes: pure ones, bullies, snow and ice
Friends:everyone
Other: seem like a brute but is very sweet

Name: Aura
Age: 13 in owl years
Gender: Female
Guardian or guardian in training: Guardian in training
Chore: Battle
Personality: Aura is quiet. She doesn't talk very much, preferring to use actions rather than words. She has an extremely short fuse and once it's burning, it won't stop. Then the eruption happens and she loses control. She hates being made fun of, and a lot of people criticise her because of her two different coloured eyes. She hides away her emotions and buries them deep where no-one can tap into them. She has a very private mind, and keeps her secrets -usually very dark ones - to herself. She is certainly a silent, yet deadly predator.
Appearance: http://www.google.com/imgres?q=grey+s... She has a silver eye and a green eye. (she's a grey screech owl by the way)
Crush: None
Mate: None
History: Aura's history is a place full of death, mystery, and despair, a place where dark secrets dwell at every corner. Her parents had been outcasts. Before she was even a few months old, she was taught how to fight, how to injure, and how to kill. From that early age, Aura has always had a passion to kill, even though she fights it. Every second she thinks of slitting someone's throat, but she has learned how to block these thoughts, although they do escape and get in through her mental barriers sometimes. Her parents became widely known around the owl world as ruthless murderers as they killed a lot of owls - pure ones, regulars and guardians. But when she was just a year or so old, a plan went horribly wrong. They were going to kill a whole bunch of owls, when a scout caught them and killed them on the spot. Aura then set off to live alone as a rogue, wild owl. She used her skills to steal food and other necessaries to survive and learned off other creatures of the wilderness. She soon found out about the guardians, and she joined to find out more about her parents. Aura's history is a dreaded place she dares not to go.
Mother: Deceased
Father: Deceased
Owlettes: None
Other family: None
Strengths: Quick thinking, determined
Weaknesses: She has a sometimes uncontrollable instinct to kill
Likes: Time to herself, night time
Dislikes: Pure ones
Friends: Few
Other: None

Name: Edgar
Age: 12 (In months)
Gender: Male
Guardian or Guardian in training: I haven't gotten here yet :P
Chore: None
Personality: Ruthless and cunning, loves to kill and has a passion for battle claws
Appearance: A barn owl with some reddish feathers.
Crush: None
Mate: Open
History: Once a regular but got captured by Pure Ones', late on learns what he has done to these owl families and heads to the Great Tree
Mother: Siv (Killed to join Pure Ones')
Father: Edgar
Owlettes: None
Other family: None
Strengths: Battle Claws
Weaknesses: Fire
Dislikes: Guardians of Ga'Hoole. (I learn to like them once I join)
Friends: None yet.
Other: None

Abby wrote: "Name: Edgar
Age: 12 (In months)
Gender: Male
Guardian or Guardian in training: I haven't gotten here yet :P
Chore: None
Personality: Ruthless and cunning, loves to kill and has a passion for battle..."

Yeah, he gets sick of the Pure Ones' and flies to the Tree.

Name:Shadow
Age:15 in owl years
Gender: male
Guardian or Guardian in training: guardian in training.
Chore: Colliering
Personality: Kind and meek, despite his appearance.Not too bad in a fight.Very intelligent.
Appearance: pure black with gray feathers on his face along with a nasty red scar going straight down his face. Nobody knows what kind of an owl he is.
Crush: open.
Mate: none.
History: he keeps his history a secret.

Mother: unknown
Father: unknown
Owlets: none
Other family: unknown
strengths: jobs that take brains, battle.
Weaknesses: getting hit in the gut after eating( which he normally does before a fight).
Likes: reading.
Dislikes:foxes.
Friends:none- so far.
Other:doesn't eat foxes.

Am I approved? P.S. He hasn't made it to the tree yet.

Name:Samuel
Age:11 in owl years
Gender:male
Guardian In Training or Guardian:Guardian in training
Chore:battle
Personality:shy,but boastful. Good fighter. helpful (wich also means a good friend)
Appearance:black wings,tan body. Odd for a great gray.
Crush:open
Mate:none
History:parents were killed in a fight along with his grandfather.
Mother:dead
Father:dead
Owlettes:none yet
Other Family: grandfather Twilight (dead)
Strengths:battle
Weaknesses: bringing up the fact that his parents are dead.
Likes:eating
Dislikes:somebody who has done something he hasn't.
Friends:Shadow and he are best friends.
Other:...

he hasn't made it to the tree yet.

Name: milah, pronounced (me-la)
Age: 2 human years
Gender: female
Guardian In Training or Guardian: in training
Chore: weather and healing
Personality: She is kind but has a fierce side. She wants to be the best she can be but if she can't she gets upset, but her friends always cheer her up. She loves her chores and her younger sister bell.
Appearance: http://hawksaloft.org/wp-content/uplo...
Crush: nup
Mate: nup
History: she was abandoned by her parents when she very young and some search and rescue owls.
Mother: darya (pronounced, daria)
Father: howler
Owlettes: not yet
Other Family: nup
Strengths: very good memory, does what she is told, strong in battle, etc.
Weaknesses: sometimes acts like she knows everything, yeah.
Likes: flying, eating voles
Dislikes: not much
Friends: some owls named:
Mist- http://frozenfeatherimages.zenfolio.c...
Flayre- http://www.birdscanada.org/research/s...
Pete-https://upload.wikimedia.org/wikipedi...
Cedar-https://upload.wikimedia.org/wikipedi...
Other: none