When finished, please delete anything that is not in bold.

Appearance: Alice has midnight black hair that is a bit wavy and falls down to her back. Her eyes, like all vampires, have silver towards the pupil and are a rich sapphire blue. She's athletically built and works out a lot to keep her body in shape. Standing at 5'8", she is tall, like most vampires.
Dressing Style: When not wearing her Cross Academy school uniform, Alice is usually wearing lace and floral patterns, she likes to wear very feminine clothes that are pink or pale purple.
Specific Markings?: The marking or a pureblood, a star shaped mark on her wrist.
Personality: Alice is quiet and mysterious, rarely seen around. When seen around, she rarely talks and is always disappearing. Alice's voice is melodic and sweet like an angel, shielding the monster that's lays beneath it. She is unbelievably strong and is merciless. Cruel, indeed.

Special Powers/ Talents: Alice can read minds and control them. She can also morph your shadow and turn them into whatever she wants, ultimately controlling the person.
Background/ History: Alice's family has been part of the royal society of vampires for over 5 centuries. Her father and mother are the leader's closest advisors. Alice had a brother, but he was burned in the Victorian Era. Before he died, he fell in love with a human girl named Renée. He bit her with permission from the family. When Alice's brother died, the Silverlights took pity on Renée and adopted her.
Relationship Status: Single, but she has a crush on Tsu-tey

Appearance: (It's the first girl, the one with red eyes and red hair.) http://www.all4myspace.com/layouts-2.... or this one http://scrumptious.animeblogger.net/i...
Dressing Style: School prep/private uniforms, or a sailor suit outfit. Modern. When in the mood, she'll dress in the Mid-Evil style.
Specific Markings: Where-wolf scar on right angle.
Personality: Pretends to be sweet, kind, and friendly, but is actually cruel, heartless, merciless, stubborn, secretive and sly. She's theivish, cunning, and a backstabber if you betray her. Sartcastic, very witty, bold and extremly cocky. Un-flinching and has no one she loves left. She's a very skilled liar and imposter. A smart aleck. She's got your back if you're her partner. EXTREMLY independant. Flirty to the boys, to get their attention. She doesn't really care about their looks, she just wants their blood.

Special Powers/ Talents: She can cause anger and feuds with a simple glare. Her mind reading powers are incredible and have saved her many times. She has the ability to sense where you are. She can run super fast. She can control the clouds, and make it seem un-earthly. She can lure you with the sweetest voice, even girls can't resist.
History: She used to have many friends, and they would go out on hunts. They would pretend to be in love with boys, and when they were alone, CHOMP. They would flirt at secret mini bars, pubs and diners that sold alchoholic beverages. She was a popular killer, and she moved around in Europe around constantly, until she put herself to sleep in Britain. When she awoke, she moved to America, in search of blood. She is boarding schools everywhere.
Crush: None Yet
Other: Her nickname is Aavs, the abreviation of her name. Her friends stayed behind in Europe, and are waiting for her return, because she led the group. She usually is hated by the girls, because she's known to steal boyfriends.

Your request to be a pureblood has been Approved.

Special Powers/ Talents: Turns anything into gloomy
Background/ History:
Relationship Status: None
Other:

Both charries are Approved .


Special Powers/ Talents: (optional): Can rapidly disappearing, very fast, and can walk under the sun

Background/ History: The Silverlight family were live in France and in once a days , the youngest son came to his family with a strange girl, and the girl was in the seventeen-years-old, he told his parents that he loves her, and asked them to approve the conversion, became René vampire, and after the death of the Son, the family decided to adopt the girl ,Lives she and her family in France 700 years ago, they encountered some problems with native wolves , so they moved to the Vatican, but there was another kind of vampire natives, they were the most powerful of them in multiples the mother was killed in the face with one of them, then they moved and settled in the United States, and they are now seeking for revenge against from the Vatican.

(Wait... I'm not sure if I'm getting this. Renee and the Silverlights lived in France 700 hundred years ago.... And then Alice's mother was killed?)

(No, no! I like the idea, it's just that Alice's mother is still alive... maybe it could be Renee's biological mother who was killed?

Also, you're forgetting that if a human is bitten by a pureblood, they are considered a muggle. If you're confused, look in the discussion topic Purebloods, Muggle, Half bloods and Normies. ) 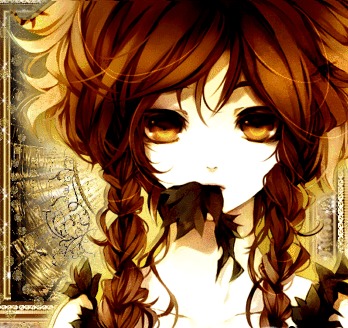 Along with this, she is small, skinny, and usually can be seen carrying huge books and with flowers in her hair.
Dressing Style: Casual, flowery dresses, jeans, T-shirts, etc.
Personality: Never wanted to be a vampire, has been trying this entire time to reverse being one, shy, gentle, loves books and uses them to get away, very intelligent, loves nature and animals and plants, but is absolutely visious if you look down upon her or kill someone innocent.

Special Powers/ Talents: Nature and plants bend to her will
Background/ History: Grew up in an shoddy orphanage in Shang Hai, as her parents refused to believe she was born (it was an accident) and the human mother thought she was a monster. She grew up in the orphanage her whole life, and bounced between foster families, as no one wanted her because she was strange. She was taken to a foster family in America when she was 11, so knows the language well enough. When the family did not want her anymore, the orphanage refused to pay for the expensive travel back to Shang Hai, and she stayed in America, homeless.
Relationship Status: Single, no crush (so far)
Other: Keeps many wild pets: Pet owl (named Silence), pet wolf (Intimidation), chameleon (Disguise) and many more.

Age they look: 17
Actual Age: 209
Blood Type: pureblood
Place of Birth: Venice, Italy
DOB: May 9th 1809
Appearance: http://media.photobucket.com/image/Sh...
Dressing Style: wears whatever
Specific Markings?: he has a tattoo of a dragon winding up his arm.
Personality: quiet and smart, he loves the violin and also plays the piano. He prefers to be alone, but will hang out with the others in the night class for reasons he keeps to himself. He tends to have the attiude that says he doesnt care.

Age they look:16
Actual Age:300
Blood type: Pure Blood
Place of Birth: Paris, France
DOB: August, 31, 1712
Appearance: She has blue eye, brown hair with natural blonde high lights that is 3/4 way down her back. She is about 5 foot 6, She is skinny and graceful.
Dressing style: She loves to stay up to date with fashion so she would wear anything a normal girl teenager would wear.
Specific markings: She has a tiny tatto of a heart on the wrist of her left hand.
Personality:She is outgoing and brave. Lia sings and plays the piano, violin, viola, and flute. Lia usually does not have an attitude and is nice to most people, but you do not want to get on her bad side.

Special powers/Talents: She can use water to her command.
Background/history: Lia comes from a large and rich family. When she was born, her family sent her away to a farm every summer so that she would learn to care for her self. One year when she was at the farm, it was attacked and she was the only one that escaped. Her parents, where then found dead 2 years later when she came back from a visit to a friends house. Lia was then left in the care of her older sister. Lia was sent to the U.S. for protection and was brought back to Paris 10 years later. Her older sister, Cordelia, went out and married a very rich man. They left on a honey moon and never came back. Lia then began to fend for herself. She found Cross Academy and started to come to school.

Approved. (And to stop the bold print, you put where you want the bold to stop.

Apearance: I'll do this later.
Dressing Style: Mid Evil style. Other than that, victorian, red, black, and punkish.
Specific Markings: He has a He wasn't cut, but when his twin got scarred by a were wolf, he got one too.
Personality: Quiet, laid back, kinda arrogant when he's in a bad mood. Other than that, he's exactly like his twin sister.

Special Powers: He can morph into anything, living or not. He can cast shadows and create your worst fears. He's a professional necromancer and hates light. His voice can replicate/copy anything else's noise. His speed is incredible, and he can out run anything. His finger nails are sharp, so he can climb trees and walls. He is telepathic with his sister. He can also sense movements and hear from long distances. If his body experiences something major, he goes blind. When he is, his senses have a major boost.
Background/History: Same as his twin's.
Relationship Status: Single

There's a human shortage, so from now until there are more humans, the vampire character creator topic will be closed.