Okay :p I have like twenty million ideas lol....

There's more but I didn't feel like typing it all :p

The one I really wanted to do to give you a heads up was the slave/master, but...ya..

Lol I usually like the mean ones... Actually mean anyone... So wat you wanna do then?

Probably more stranded. I such at the kidnapper... Especially since theyre rapists half the time >_< Which bring me to the important q of how far do you go in romance?

Aight, and sorry I happen to be on and off at the moment. Im watching Hp

That ones my absolute favorite!! :D

Well I love Draco and the 6th one kind of builds his story. So ya :p but the dh p2 made me cry my eyes out!

Nice :p I love the part where Voldy gives Draco that super awkward hug! And when Molly was like 'not my daughter you bitch' oh that was great.

Ya... I cried most when Fred died man... That was so erring sad!

Aww, the only thing I hated bout Voldy's death was there was no freaking body! >:|

Cewl!! And just to let ya know. I'm fairly picky about detail and two-three liners ... :3

Just do your best ^^ Aight, charrie time!
(Aight I'll take some time. Watching Hp and on my iPod :3)

Name: Jennifer Justice
Age: 19
Gender: Female
Appearance: http://2.bp.blogspot.com/-pcEzTOWifsg...
Personality: She'll be nice to you if you're nice to her. If you act like you know it all, she'll hate you. Lovey-dovey, if she likes you...you'll know, but at the same time you won't.
Other: Josh and her are twins, but born different years. Likes to be called Jen.

Name: Josh Roveto
Age: 18
Gender: Male
Appearance: http://static.tvguide.com/MediaBin/Ga...
Personality: Nice to you basically all the time. If he isn't nice to you, better watch your back, he'll hurt you, if its you he's mad at. If he likes someone, it's VERY obivious.
Other: Twin with Jennifer, born on a different year. Fussy about his hair. 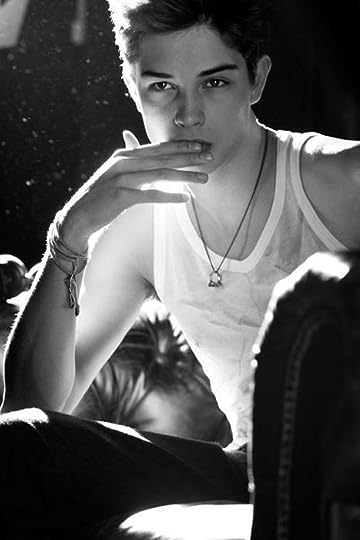 Persona: Quinn's a fun person to be around, but has his moments considering (--v)
History: Quinn's had a happy life really, but dropped out of college one year after everything went down the drain. He started drugs and now lives at home with his cousin Vivian. Providing for them both's hard, specially since she's in school. Most of the money earned goes to that, the other to food, and whatever is left over is usually saved. he's been sober now for a month, but occasianly takes something to get ride of all the stress.
Other: Quinn's a sporty person. His sport is basketball, hehad gotten a scholarship for it too ... Had gotten that is 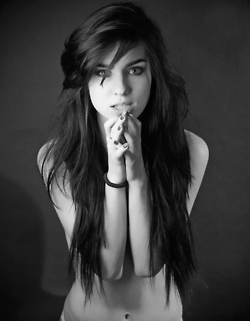 Persona: Vivian is a very flirty person. She likes to have gun, the typical high school senior.
History: Vivian's had a history of bad boyfriends, yet she still has a thing for them. Her last boyfriend did throw her of through. He and her had gotten into a fight one day and... She left that room with a bruise on her ribs and a bad cut running down her bloodied leg. Ever since then she's been slightly bitter but is trying to get back out there.
Other: She loves animals honestly, it wouldn't have seemed like her thing, but she just loves them. Though she's never really had a pet she loves going to the dog park or the pet store, sometimes even the shelter. And she lives with her cousin, Quinn

Vivian swept a hand over her cheek, watching herself in the mirror of her small room down the hall. She turned her head to look out the window and then simply sighed. Turning she moved to her closet, pulling open the door and grabbing a small cream colored jacket. She slid into it and walked out the door and down the narrow hallway into the kitchen. "I'm going for walk." she said, leaning over the island and grabbing an apple.

Quinn looked up at her from the other side of the island, raising an eyebrow, "You? Going for a walk?" he asked suspiciously. "Whose the guy?"

Vivian rolled her eyes, taking a bit of the apple, "There's no guy," she said after swallowing, moving around the islands edge and thumped his chest.

"Then you won't mind if I tag along, hm?" he rose an eyebrow, rubbing his chest as if it hurt.

Vivian shook her head, starting for the door, "By all means," she waved a hand.

Jennifer was on the phone with Josh. " WHEN are you getting home? You said we were going bike riding today."

Josh sighed. " I'll be there in a couple minutes." Josh ran home.

Jennifer and him got ready to go, and started off, at the same pace. The more they went the faster they got.

Quinn followed her out, shutting the door behind him and locking up. He stuck the keys in his pockets and slipped his hands in with it. "...How's school?" he finally asked after a good five minutes of silence.

Vivian shrugged, "It's nothing worth talking about." she said heavily, taking another bit from her apple. She offered him a bit but he refused. She shrugged a little and averted her jade green eyes elsewhere.

They were still racing. Jennifer was farther ahead of Josh, not looking behind her. She started riding really fast on a bunch of rocks, and her bike slid. She fell off of it right when she made it onto the street.

Josh was behind her, and he knew she was going to fall. He sighed, and started to slow down. He passed her laughing. " Oh..wait..you beat me!" He complained getting off his bike.

Vivian slowed her pace a bit at the sight of a nice looking boy. She slid her eyes quietly over his body, a smirk quirking onto her face.

"I thought you said there was no boy!" Quinn hissed, rolling his eyes at her face. "And don't look at him like that... Creeps me out."

Vivian shot him a look and tossed the half eaten apple into a trash bin. "Ignoring that last part," she said, holding up a hand to him as she stopped, "There us no boy... Yet."

Jennifer smiled, and took her helmet off of her head. She then took out her pony tail, and fixed her hair. " Joshh.." They both laughed.

( Yes he real name is Joshua...I was tired when I made my charrie so I kept forgetting to put things. :P )