Nichole's mother was an only child, in which had inharreted her parent's wealth. But as soon as Nichole's parents were wed, her father seemed to change. He began to get into alot of things, like gambling and drinking. He's been a cop all these years, and is wealthy, so that no one ever questions his authority. He is always beating his wife, who fears him to much to speak up for herself or her daughter. Nichole was just six years old when her father began to brutaully beat her, nearly every night when he came home drunk.... 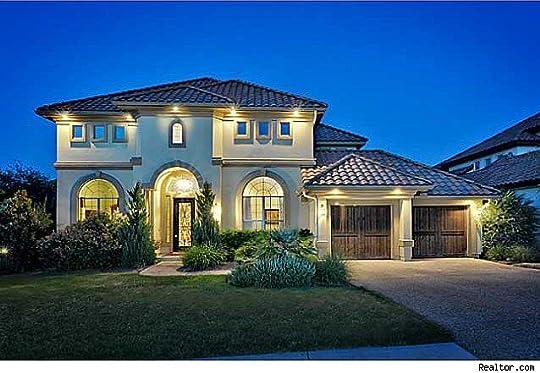 Most the time Nichole won't be home until late at night. When she is home, she's most likily inside her room, trying to aviod her father. Yet during the night she can hear the crying from her mother. Most the time she can't sleep, because when she closes her eyes she can only feel the stings of the beating upon her skin. There are nights when she wakes up to footsteps, and her father pulls her out of bed to beat her, because of something she did wrong in his eyes...
[image error]

Nichole's hurry had returned her to her house, where she could makie out from down the block a black and white truck, with the title of 'Sheriff' on the side. She closed her eyes, rushing herself onward, and a sigh escaping her lips. She opened her eyes once more, making her way down the drive way, and up the path that lead to the door. But before she could touch the knob, the door was slammed open, and her father yanked her inside by her arm.

The front door was slammed shut, and Richard grabbed Nichole's arm and jerked her to the side, slamming her body into the wall. Nichole slumped down, gazing up at her father, her hood casting a shadow over her hood. "Where have you been?!" He snapped.

((oohhh drama. O.o))
James parked his car, a couple blocks away, just in case. He heard noises inside the house. "What the.." he muttered walking closer.

Nichole let out a startled yelp, moving out of the way of her father's fist. Richard slammed his fist into the wall, growling and stumbling, ovousilly drunk. "Stupid girl..." He grumbled, grabbing her by the arm as she scrambled to move out of the way. He jerked to her up, and slammed her up against the wall once more, cussing in a shouting tone. Nichole had never dodged before. She had always taken the beating...But now her father was angry, as he banshed his knee into her stomach, making Nichole double over, wrapping her arms around her stomach feeling studdenly sick. Richard sent a kick to the girls side, and gripped her shoulder, slamming her back once more against the wall. Nichole slumped down, her eyes tightly shut, as dark red blood soaked her hoody, while Richard flung another kick, colliding with Nichole's rib. There was a soft snapping inbetwene the yells of Richard, as Nichole collided with the ground, tears starting to run down her cheeks.

((kay kay.))
"What the hell?!" James half-yelled entering the house, opening the door with a bang.

((Sorry it took so long to post lol XD))

Richard's hands were in fists, as he turned his head to glare out the boy. "GET THE HELL OUT OF MY HOUSE!" He shouted. Nichole flinched at her father's vioce, her tear-stained cheeks hidden by her hair.

"Hell man, I'm not leaving 'till you stop beating your own daughter." James replied shortly leaning against the wall, simply hiding a small pocket knife in his pocket for self-defense.

"WHAT DO YOU CARE?!" Richard shouted, "She's a useless little...." His launges started growing rapidly into curse words.

"Because, I can't stand seeing or even of hearing of child abuse." James replied sharply. "And she's useful. She's not useless. You never gave her a chance. You never did. What the hell's even wrong with you? Beating your own daughter up? What kinda respect is that?" James shot back.

Richard stumbled forward, meaning to harm the boy. Yet he turned sharply to a touch on his shoulder. Nichole's mother glanced down to Nichole, before she muttered a few words, and begin to lead Richard off. Take care of her. She mouthed tp James, refurring to Nichole.

James raised his eyebrows, just giving a short nod to her mother. He looked at Nichole, her face hidden by her hair. "Get up." he said as she was crouching on the ground.

"Your just making him angry...." Nichole muttered in a skay vioce. She pressed her hands to the wall, trying to force herself up yet she only ended up slumping down, more tears streaming down her cheeks.

"Oh god, who cares? I don't. I rather be a dead man than to have him abusing his own kid." James said walking up to her and holding out a hand for her to have support for standing up.

Nichole shook her head lightly, "I think he broke something again..." She whispered under her breathe.

"Doesn't matter. His own damn fault. Let's go." James said looking down at her.

Nichole lightly shook her head once more. "Go to where? He's the sheriff, James."

"Doesn't matter. Just come unless you don't want to." James said leaning against the wall next to the door now.

Nichole's lips parted as she breathed out deeply. The back of her hoody was damp in a stain of redblood, her hair still shielding her pace. It took her a number of tries to acaully be able to find her balance.

"Oh good come on. I'll get you food or something." James said slipping his hand into hers and dragging her out of the house, taking her to his car.

Nichole pretty much kept stumbling over nearly everything, between the driveway, the sidewalk and the road. Her vistion was blurred, and she felt lightheaded and dizzy. She closed her eyes, hardly keeping from yelping over the pain in her side.

"It's fine..." James muttered. "What, you want to go to the hospital or something?" he asked.

"Fine then. I recommend it though." James said. "Where should I take you..." he said thoughtfully.

"I don't know...." Nichole muttered, her eyes still closed. She could feel the warm red liquode tangling in with her hair underneath of her hood.

James looked at her from the mirror. "I'm taking you to Bella's apartment, I have her key. And then I want you to clean yourself up." James said turning for Bella's house.

"Alright...." Nichole's vioce was below a whisper, her vioce skaky. She slowly opened her eyes, in wich glistened with pain. Yet her head remained slightly bowed, her hair swishing in front of her gaze.

Nichole's gaze shufted toward the window for a moment, before she reached a hand back, and touched her fingertips to the back of her hood. She brought her fingers around, seeing as they were dimmly coated in blood. She shivered softly, as another bolt of pain enetered her side. She was nearly in a trance, perhaps in shock.