Name: Kai
Age: 17Gender: Male
Grade:11th
Personality: Naoto is Somewhat cheerful and understanding unlike his brother Takamasa
Hobbies: Bass and some guitar, drawing.
Family: Older brother and mother.
Crush: Open?
History: Kai doesn't know much about his childhood, everything then seemed a blur to him Even what happened to his father was unknown...to him at least. His brother takamasa seemed to know but didn't seem to want to tell him. Kai lives with his brother, his mother most of the time is hospitalized for many serious reasons.

Name: Jun Hisoka
Age: 17
Gender: Female
Grade: 11th
Personality: Jun isn't the warmest girl in town, but she isn't cold. She bases whom she likes and not on her first immpressions, and gives them the benifeit of the doubt. She tends to trust to much, and has slowly closed herself off because of it.
Hobbies: Jun is a painter.
Family: Jun lives with her rich father at the moment, and he is her only living relative.
Crush: Open
History: Jun's mother died in child birth and it completely destroyed her father for a time. He came to his senses when Jun got in a car wreck while out very late at night going to a party. He swore off drinking and began raising her right. They remained close till he fell violently ill, and it was deamed he had less then a year to live, and he requested he was brought home and that Jun would take care of him till he died, to which she agreed.
Appearance:
http://www.comoaprenderjapones.com/wp...

Name: Tara
Age: 17
Gender: F
Appearance: http://cdn.pimpmyspace.org/media/pms/...
Grade: 12
Relationship Status: Recently got out of a relationship with an abusive boyfriend after he sent her to the hospital.
Crush:
History: A year ago, Tara's ex-boyfriend beat the crap out of her, leaving her for the dead. When someone found her and got her to the hospital, she had lost most of her sight. Within a month Tara was completely blind. Her parents moved to a new town and she started public school as the new blind freak.
Other:

Name: Paige Thile
Age: 16
Gender: F
Looks: http://images.wikia.com/degrassi/imag...
Particular personality traits: Paige is distrusting and broken. She's so lost, and she's not sure how to make it better. Paige is very nurturing though, and she'll be kind when it comes to sierious problems. She looks at most things objectively though, as she knows what real problems are. Most people won't believe her story so she doesn't tell it to them.
Crush: Open
Friends: none really
Family: none. Again
History: Her father was a push over, he worked a crappy night job. Her mom was stay at home and abused her from the time she was three until she was ten. At that point she was desperate and proceeded to run away from home but her friends found her and they went to child aid. Her mother was put in prison and was later killed there. She stayed with her father, who didn't know how to take care of her. In dealing with her Mother's death and her awkward relationship with her father she took up drugs and partying. She became addicted and one night she was raped by an older boy. At this point she was 11 and couldnt talk to anyone about it. So he let her do it again and again and again. Until she got pregnant. She aborted it, of course, but it didn't change what had happened. Her brother was stabbed, he was at the wrong place at the wrong time. Because of the tragedy his father moved them and she lost access to The drugs. She went through a long stage of withdrawal, and when she finally came out of it she realized what a mess she had made of her life. By the time she figured it out it was too late, she never even got to say goodbye to her father before he died in a car accident when she was 13. She bounced from foster home to foster home for 2 years. She alternated between eating too much and too little. She was constantly bullied and when there was a shooting at her school, she finally broke. She hadn't been killed, only grazed but that was enough. One day, she tried to commit suicide. She did it again and again and by the third time her foster parents had had enough. She spent 6 months in a sort of rehab/ counseling facility and got her life sort of together. Now she lives with a therapist there, though she generally stays out of Paige's buisness unless she starts hurting herself or acting like shes going to.

Name: Tomas Jacobs
Age: 19
Gender: male
Grade: 12TH
Personality: quite keeps to himself mostly but when he sees someone getting picked on or being bullied he steps in even if he knows he will get beaten up.
Hobbies: video games, listening to music, and reading
Family: Has a mom and two sisters, both younger than him, no aunts or uncles grandparents both died when he was young.
Crush:
History: grew up protecting his sisters and mom.
Appearance:[image error]

Name:Hattori Iriye
Age:18
Gender:M
Grade:11
Personality:Iriye is a kind, but aggressive soul. He loves to be around people, but it depends on how they treat him for how he'll treat them.
Hobbies:Is a musician
Family:None
Crush:Open
History:Iriye was abandoned when he was born, considering his parents died in a car crash. He grew up playing music most of his life, so he plays many different instruments, loving the different sounds made. He works at a coffee shop now, but soon enough he knows he'll become a famous musician. Iriye suffers from a disorder known as panic disorder.
Appearance: 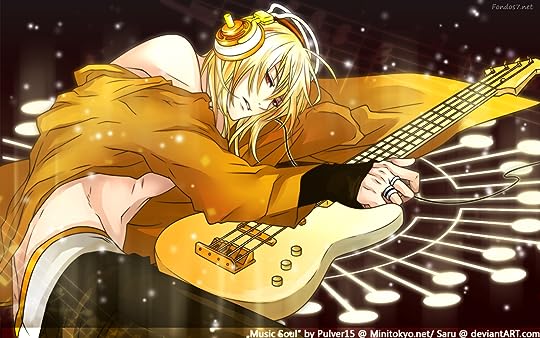 Name: Katashi
Age: 17
Gender:Male
Grade: 11th
Personality:
Hobbies: Piano, composing
Family: ???
Crush: none that he can remember.
History: Katashi suffers from damage to the brain from a accident that his parents died in, though he survived he has damaged his Hippocampus ( http://biology.about.com/od/anatomy/p... ) So he has a hard time remembering things. He usually walks around with a notepad and paper to jot down things he wants to remember. (to be edited, I hope)
Appearance: http://30.media.tumblr.com/tumblr_m1s...
http://25.media.tumblr.com/tumblr_m1w...

Name: Milo
Age: 18
Gender: Female
Appearance: http://data.whicdn.com/images/1923902...
Hair: Her hair hangs down to about her mid back, and is self cut, meaning it is choppy and uneven.
Eyes: Her eyes are a pale grey/blue, with flecks of gold and vibrant green.
Milo has a love for Japanese kimonos, and is almost always in one when she is not at school or work. The designs change continuously, though her color choice remains mostly the same, black and cherry blossoms.
Personality: Milo is a reserved and untrusting young woman, with a simple motto to govern her actions and life; Patience is a virtue learned, not inherited.
Being a mild tempered woman, Milo is quiet and graceful with a fondness for children. She has a deep rooted belief that that she is simply a waste of air, a mindset given to her thanks to her father, though she would never dare speak her opinion.
Not violent by nature, Milo has taken to settling debates or argument quickly and efficiently, usually pinning her opponent to the ground, nose in the dirt for a full 5 minutes or knocking her opponent unconscious and retreating to the safety of her home.
Romantic Interest: Open
History: Milo refuses to disclose her past to anyone, avoiding the topic when she can and resorting to venomous words when can cannot. She lives a rich life now, and is the sole survivor of a wealthy and well respected company, having been the love child of the corporate leader and a whore.
Other: The only indicators of what her past was like are the scars on her back and an eating disorder (Anorexia).
She lives alone in a large house around an hour from the school. There are 'servants' that take care of the house, but she rarely speaks to them.
She normally walks to school.
She has been requested by the school to be a guide and friend to Katashi. She isn't opposed to the idea, but nor is she entirely enthusiastic, though she warmed up to the idea after his situation was explained to her.

Name: Adrian "Ian" Riccardi
Age: 17
Gender: Male
Appearance: http://media.animegalleries.net/album...
Hair: Ian's hair is anything but natural. He has dyed it more times than he can remember and has had nearly every color of hair imaginable.
Eyes: Ian hates his eyes with a passion since they are the same color as his mother's.
Personality: Ian is a sweet and devoted individual with a fairly quick temper. He is usually pretty fun to be around, with a boredom tolerance of zero. He has no ill will towards anyone till they push his temper to its breaking point, at that moment you can kiss your life goodbye as he plots how to destroy you in the least messy way.
He has his moments where he doesn't have the energy to remain his normal optimistic attitude, and he slips into a resigned and cold state, barely able to smile or joke. Usually when he gets like that he hides out behind the local club, or in the Central Park.
He has a passion for photography, and is willing to photo anything and everything. If you have pissed him off, it’s a good idea to compliment his photos or point out something that would make a perfect photo, he will be distracted instantly.
Crush: Open
History: Ian had a fairly normal life till his mother died in a car accident they were both in. He is still at the point of blaming himself, since he was the driver, and thinking he should have been the one to die, not his mother. His father still refuses to speak with him, and Ian have the courage to try and change that, as he sees no problem in his father pretending he doesn't exist.
Other: ….

I'm not super happy with it, I may change some of it later.))