This is where you make your rider and their dragon. PLEASE USE THE FORMAT below

Name:
(It doesn;t have to creative, it just has to sound like it belongs in Alegasia)

Looks:
(Please at least two senteces and a picture, If no picture, three senteces)

Gedway Ignasia:
(What the mark on their palm looks like, picture or
1-2 sentece discription)

History:
(At least 3 senteces on things tht happened in their past the we need to know about)

Other:
(something we missed, please tell, if you do not want to put an otherm simply put N/A)

Age:
(Any where from a hatchling to 150, but not to much older than his/her dragon rider. Example: Rider= 25 Dragon= somewhere between a hatchling and 150)

Looks:
(4-5 sentences on their looks and a picture)

History:
(You know what do to here)

Other:
(Anything we need to know)

Gedway Ignasia: Just like her Fthers, starting at thumb and swirling in enter. It is green not blue

History: She is the daughter of Eragon and Arya. She was born in Ellesmera. She is in search of her Eragon

History: None yet, he's jut a baby

Other: N/A
(Anything we need to know)

Name: Aleia
Age: 15
Gender: F
Looks: http://1.bp.blogspot.com/_ER0lSaUOt2s...+ Short hair. She cut it herself so it's choppy and only to her shoulders.
Gedway Ignasia: http://images.wikia.com/inheritance/i... But no light
History: Um... She grew up with her uncle, he remarried and 2 years ago, when she was 13, he was taken. She now lives with her step aunt? and her 2 kids. Rick and Erica.
Other: She found a dragon egg in the spine when she was turning 15. She hid it in her barn and now tens to it everyday.


Name: Ocla
Age: Hatchling
Gender: M
Looks: http://www.elfwood.com/art/a/m/amber/... But lighter colors
History: None yet. He's still a baby and has some great adventures ahead.
Other: N/A

Gedway Ignasia: Almost looks like a sun, long spindally 'rays' coming from a round center, it expands over msot of her palm.

History: She is rebellious and has lived on her own for 3 years. She doesnt discuss it in any further details

Other: Her dragon is very protective of her, Vera was attacked when she first was on her own and her dragon wasnt their, now the two are never apart.

History: He was kept secret for many years until he escaped his confinements. Since he wandered until he found Vera.


Other: See Vera, he is very protective of her. 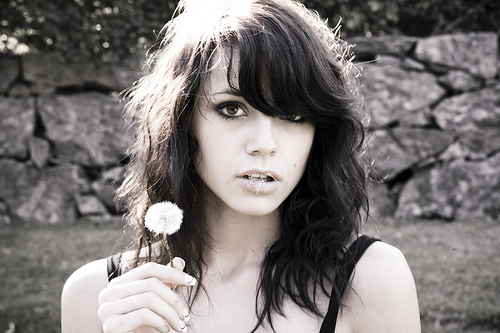 Not with the dandelion of course.
Wild black hair and sharp brown eyes. Tall and tanned.
Gedwey Insignia: Leaf shaped running from bottom left corner of right palm to the centre
History: Lived in the large cities and was born after Galbatorix's rule so she didn't know any of it personally, just the rebuilding.
Other: She discovered a dragon egg left behind in the ruins of the castle when her father took her to work (he's an architect for the new palace) and it hatched for her in secret.

Dragon
Name: Laevis
Gender: Male
Age: Just turned 6
Looks:
[image error]
History: One of Galbatorix's steals but it never was hatched, however, he is eons old and many feared for his mental health but he turned out healthy and strong, albeit, a bit bad-tempered.
Other: Has quite a temper and is impatient with other people but only Leesia can calm his down. They have a deep connection as he is fearful (deep down inside) for everyone's safety and acts tough on the outside.

Rider
Name: Falmea (Fal-MAY-uh)
Age: 16
Looks: Flame-red hair (red,orange, and yellow), emerald green eyes. Average height and pale skinned.
Gedway Insignia: Ring of flames
History: She was born into a family obsessed with finding a dragon egg, so obsessed their daughter was raised by fire. She ran away from home and found a dragon egg hidden deep in the forest, surrounded by glowing orbs.

Dragon
Name: Tancred
Gender: Male
Age: 5
Looks: http://browse.deviantart.com/?qh=&amp...
History: He doesn't know where he came from, or who his parents were.
Other: Very protective of Falmea, connects very deeply with her, because she is a child of fire as well.

Looks: His eyes are pure black with red veins going throughout. He has black scales that armour his body. Inbetween his scales where weak spots would be are red scales.

Gedway Ignasia: His gedway Ignasia is different, it is not silver but a red skull. It is on his right hand and is about an inch.

History: This elf was abandoned and left lying in the urgals territory, the urgals were compelled to raise him but they did not know why, soon they found outt it was magic that tricked them and tried to kill him. Keyword tried they were able to escape with their lives tough. At the age of fifty he found an intrest with spirits and through much work captured one and stored it in a ruby in his armour. He caught his 300th on his 100th birthday

Looks: A huge black dragon with blood red claws. Both his eyes are red and has red skin under the scales. wears black battle armour covered in rubys in which years of power is stored. Has blood red teath and a black toung.

Name: Naoko
(It doesn;t have to creative, it just has to sound like it belongs in Alegasia)

Looks:
(Please at least two senteces and a picture, If no picture, three senteces) http://photo.goodreads.com/photos/132...
Her hair is longer than shown in the picture and she has dark green eyes. She also tends to wear flowers in her hair.

History:
(At least 3 senteces on things tht happened in their past the we need to know about) Naoko has no knowledge of her family and doesnt know if they are alive or had died long ago. Before she got her dragon, Naoko was very lonely since she was too afraid to visit any nearby cities or towns to see other people. She felt so different that she was afraid they would reject her. She lived in the Spine until she got her dragon. Now she spends a lot of her time travelling all of Alegasia to see what she can see.

Age: 25
(Any where from a hatchling to 150, but not to much older than his/her dragon rider. Example: Rider= 25 Dragon= somewhere between a hatchling and 150)

Looks: Isidar is a tall, formidable looking silver dragon with sharp dark blue eyes. the membrane on his wings is a darker silver than the rest of him. He has large ivory white spikes that go from his head down to the tip of his tail, they start small, go larger down his back, then shrink down again when it reaches his tail.
(4-5 sentences on their looks and a picture)

History: He was one of the more stubborn eggs and had been ferried around for a long time without him hatching. Some angry Urgals had attacked the ones carrying him through the Spine and his egg had been left on the ground. Naoko happened upon the egg by chance and he hatched shortly after she carried him to her home. They have quickly grown a powerful bond between them and he is only ever kind to her.
(You know what do to here)

Other: Isidar prefers not to talk to anyone other than Naoko, but that doesnt mean he is unkind. If Naoko was hurt, he would spend days watching over her until she is well again.
(Anything we need to know)

Looks: Kiersa has the usual traits of an elf (pointed ears, slanted eyes, etc.) as well as light, long brown hair that has slight dark blonde highlights in it. Her eyes are a strange blue-green, but occasionaly one color become dominant and so she can have piercing blue or green eyes as well (Note: the color of her eyes does not represent her mood, they just randomly change). She stands at about 5'7 and is thin, but she is still strong.
Kiersa normally wears black trousers and a white blouse. Other times she wears a long purple or blue dress and black heels. Her sword is always at her side, held there by a belt/sheath that wraps around her slim waist. Her normal shoes are just brown, not very special, but they do their job, and that's all that matters.

History:
Like most elf children, Kiersa was raised in a world of brilliant culture, magic, and language. The girl took a natural adaption to magic and nature. When it was time to choose another rider from their race, Kiersa was fortunate enough to recieve her dragon, and their bond became very strong. .