I'll try to keep my scatterbrain focused and not mess up another DEoH thread ;) Shouldn't be to hard when I get back to reading the book instead of being distracted by a billion other things ^^

Can I keep Sergei this time around? *looks pleadingly Morg's way*

Mod
LOL I'm as guilty as everyone else. :)

Morg wrote: "Sergei is still mine."

I'm in the middle of the whole lizards in the sky scene now, and I just want to wave my magic non-existent wand and make it all good and perfect for Sergei :<

Morg wrote: "Sergei is still mine."

*grumble* Everyone is just grabbing everyone...I guess I'm left with Pat. We can fly on lizards and stuff. It doesn't sound to bad actually ;)

*grumble* Everyone is just grabbing everyone...I guess I'm left with Pat. We can fly on lizards and stuff. It doesn't sound to bad actually ;)"

Nobody grabbed Mike, not that I'm aware of... Or is he really that hateful? Wow. :( *wanders off to corner to console the muse*

Mod
Morg wrote: "He's not! Just the opposite for me. I'm just being mean to Aiko because.. well, it's fun."

LOLOL. Playing Devil's Advocate again? It's my favorite pastime... we can do it together?

Rhi wrote: "Morg wrote: "He's not! Just the opposite for me. I'm just being mean to Aiko because.. well, it's fun."

LOLOL. Playing Devil's Advocate again? It's my favorite pastime... we can do it together?"

I go to sleep and you two gang up together against me? Harsh! I swear...I'm not leaving my computer again! well..except that I have to go now so I'm not late to my training class...>.<

Oh and Sergei, Mike AND Pat are mine now.

Morg wrote: "This is what happens when you have a life. I strongly advice you give it up.

and yeah, I gotta go too. 8h of quality-control theory.. Am I allowed to hit myself into a coma with a keyboard? I wil..."

I'm struggling to keep my eyes open. No idea how I'm suppose to be able to be all perky awake training mode for the next hour...Stupid body that require maintenance...

We should just go into hiding until Rhi has taken over Bora Bora, and we can move there and slack around for the rest of our lives.

Morg wrote: "'cept that they're not. You can have Pat."

You're greedy in the morning *give coffee*

Mod
Aiko wrote: "Oh and Sergei, Mike AND Pat are mine now."

Mod
Lisa wrote: "Good morning! Allocating all the guys. Is anyone left?"

I'm sure Morg won't mind sharing Niki and Uly. You take one you have to take both... LOL.

...Okay, good point you have there.

Morg wrote: "Ah damn, Aiko you win, but only beacuse I'm all about pleasing Rhis whims."

I need to keep Rhi around at all times it seems ^^

Lisa wrote: "Noted Morg. I will take my head out of the clouds and wait. Rhi write a story with a most awesome character than tell me only the name of said character so I can call dibs before anyone else. Is th..."

I think this is totally reasonable :D

Lisa wrote: "Thanks for the support Aiko ; )"

Morg is greedy, I figured you would need all the support you could get :P

Mod
Y'all are confusing me now. LOL

And then calling me adorable. That's hilarious. You want dibs on Blue, Lisa? He's yours... :)

Rhi wrote: Nobody grabbed Mike, not that I'm aware of... Or is he really that hateful? Wow. :( *wanders off to corner to console the muse* "

Just got to say I really liked Mike. All conflicted and guilt-ridden and full of love that he is.

But it's like...If you see two drowning kittens, and one of them manages to climb ashore by himself. That one would be Mike. While the one you'd have to save is Sergei. And who can abandon a drowning kitten huh? ;p

Mod
*sigh* I dunno if I'm capable of writing a story with a character that isn't able to climb ashore under their own power.

Though if we're talking kittens, Mike's the kitten that would save his fellow kitten and then climb ashore.

Or, you know, after the tsunami, the dog that wouldn't leave his injured fellow, even when the rescuers arrived... (I think everyone has seen that video.)

Mod
And no, I really cannot believe we're comparing characters to puppies and kittens now. *headdesk*

Rhi wrote: "*sigh* I dunno if I'm capable of writing a story with a character that isn't able to climb ashore under their own power."

Oh don't think I don't appreciate strength in characters (not that I'd call Sergei weak either...just a little blue-eyed) It's what really set Aleks' (and now your book aswell) apart from the rest for me. It pushes all the right buttons here.
Well..that and all the gritty violence and doomed-without-hope situations. Loves it loves it :)
(I don't want to know what this says about me really...:P)

Morg wrote: "I went away for a bit and this turned into a scary cat-talk.."

I'd label it a fine revenge! :p

And then calling me adorable. That's hilarious. You want dibs on Blue, Lisa? He's yours... :)"

Yes I do. Please everyone note the date and time Blue wa..."

Err. He's yours until a vamp comes along and decides otherwise, I guess... Which might happen rather sooner than I expected, since there's one standing here tapping his cane acting as though I stole the last corner piece from the cake.

Mod
Well that's a ways down the road, I expect. You can hang onto Blue for the foreseeable future, I think. ;)

Rhi Etzweiler and I won (tied) 1st place in the Rainbow Awards:

Thank you! And against a strong shortlist, too! :)

Mod
Sheesh, I go to work and miss all the excitement.
But congrats, Aleks! You're officially the Best Co-Author Ever. You can be my wingman, any time. 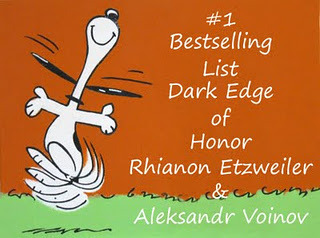 Mod
Oleg wrote: "This is no surprise. But still awesome. :)"

Ha! Smarty-pants! Surprised the hell outta me... Do I need to keep you around and nudge you now and then so you can predict the future? I really dislike surprises. =P

oh psychic one, if I skip training today will the guilt-trip kill me? Too tired...

And what Oleg said Rhi. (about it not being surprising) You totally deserve it.

Mod
Oleg wrote: "I work with coins. Or coffee."

I can pay you with coffee? I make divine caffeine. Dark roast, teetering toward almost a little too strong with hand-whipped heavy cream, and sprinkled generously with cinnamon, nutmeg, and cocoa. 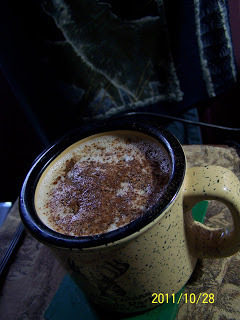 If you call me wingman, you gonna trigger a historical WWII fighter pilot novel. :)

Nah, we better get DEoH 2 off the ground.

*zombie-staggers downstairs where the Gaggia lives*

Let me first write the OTHER WWII novels... 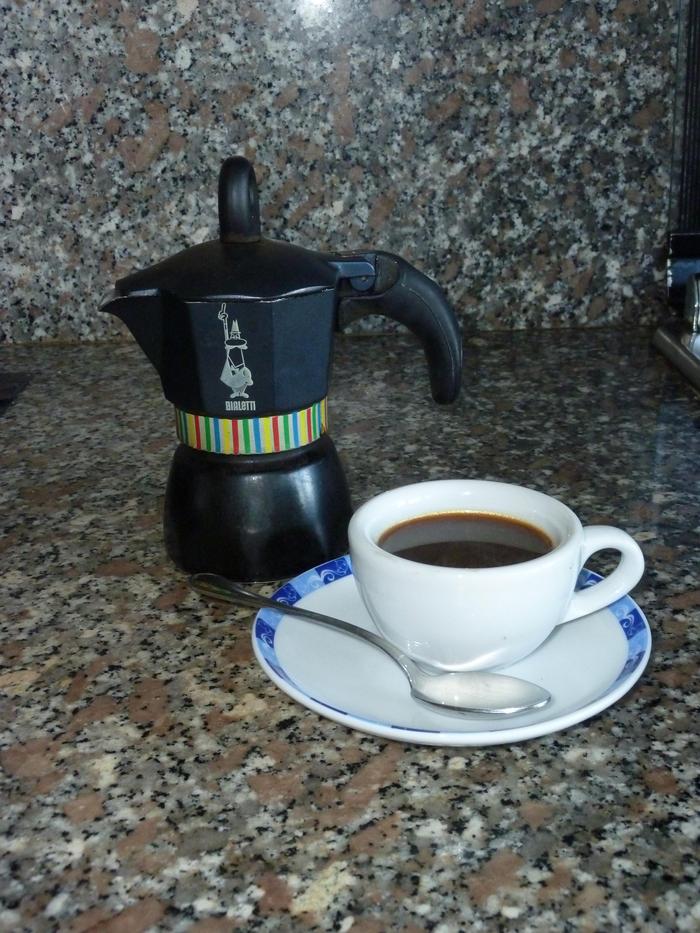 Oooh, that looks nice. Now I regret I've already drunk mine today - two empty mugs are not as attractive as that.

Oleg wrote: "Either your cup is full of foamy crap or it's too small."

This tiny cup makes your heart beat above 100 beats per minute for hours. Love it!

My silhouette is reflected on the moka...It's creepy.

Mod
Just two cups? Oh crap, I'd die if I couldn't drink an entire pot every day. Or rather, someone else would die...

And then. We shall write. ...
http://www.youtube.com/embed/5HPrIeQFHaw

Two cups a day?? O.O You are messing with my stereotypes here Aleks. Writers are supposed to be sitting behind a desk that has piles and piles of books around them, hair sticking out in every direction after frustratedly running fingers through it. AND constantly drinking coffee. Two cups just don't cut it.

That was breakfast. Have since had another.

Dark Edge of Honor (other topics)