13 views
Self Promotion > My blog is featured on a promo flyer!

Mod
Not really sure where I should put this, but I was pretty excited about it. Douglas R. Brown author of Legends Reborn: The Light of Epertase, Book One has a new book coming out in January and asked me if I would be interested in writing some back cover quotes for it. I was totally stunned to be given such an honor and agreed. He recently let me know that my quotes were accepted by his publisher (Rhemelda) and they would be used on his promotional flyers and distributed on the west coast. 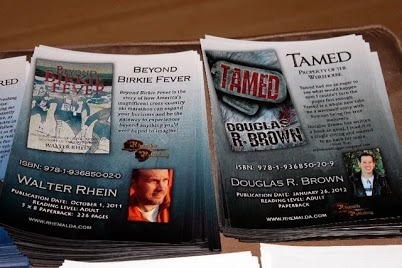 It's the one on the right. He is going to send me a better image when they get one. Pretty much all the text under the title is mine.

Scott wrote: "Not really sure where I should put this, but I was pretty excited about it. Douglas R. Brown author of Legends Reborn: The Light of Epertase, Book One has a new boo..."