Note all characters must be approved and in highschool. (Unless teacher)

Name:
Age:
Year:
Gender:
Species/Breed:
Appearance: 3-5 sentences with a picture. 5-7 without.
Personality: At least three sentences.
History: At least 5 sentences about why your character is the angsty character they are today.
Relationships (friends, family):
Other: 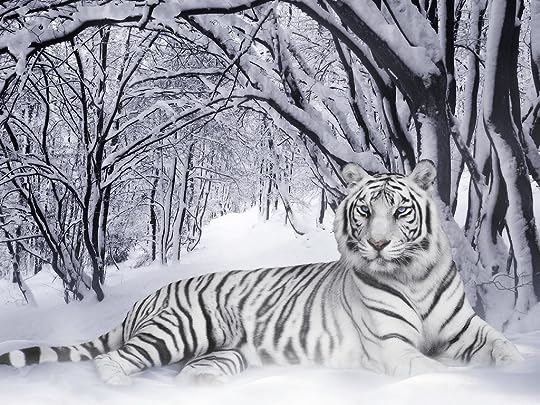 ((Stand on his hind legs and walks like a human.Wears likin park t-shirts all the time and has his mp3 on him all the time.Carrys a pack of cigarttes in his pocket.He wears ripped pants and Sneakers.))
Personality:He is queit.He is short tempered.He is a loner.
History:He came from a really cold place and isn't used to the heat.His father was in the army.His mother was a doctor.His sister is a nurse.He is looking for a place to play guitar.
Relationships:Single,Father((Deceased)), Mother((Alive)), Sister((alive))
Other:Smokes to calm down

Appearance: She has big scarlet ears that match the rest of fur including her long hair that goes just past her shoulders. The tip of her tail is white and her hands and feet are black as night. She is average height and weight for her age. Her eyes are a brilliant shade of blue. She has blue glasses.

Personality: Ali is extremely hyper and spazzy. She is very intelligent and gentle. She moves with a swift determination to be the best. She is good at observing and going unnoticed.

History: For the longest time it was just Ali and her mom. Her parents were divorced and she never saw her dad Things were fine the way they were. Unfortunately one day when Ali was seven her mom met a man she fell in love with and got remarried. This man although he seemed nice was very abusive towards Ali when her mother couldn't watch her. One day he lost his temper and attemped to murder Ali's mother. Ali stopped him and ended up killing her step-father. Her mother has kept this quiet. when Ali turned ten and fifteen her father came and visited her. Other than that she knows nothing about her real dad.

OKay Chioma I like your character but Bittersweet Candy Bowl is an animal, mainly cats and dogs, comic...

Appearance: She has soft white fur with a gental gleam. Ices coat is like a mornings slow and in the wight light ice so you can see why her name is as it is. she tends to stand on her hind legs with this sikley sweet smile. Her fur is always well groomed and she maintains a tidy look no matter what she dose. It is a once in a lifetime veiw to see her pelt dirtied in anyway what so ever.
split perso: Thier is no photo that could ever describe ice in her bloodlust stage. Her eyes get this crazzed look. Her fur looks like its spiked and her nose wrinkles at ever little thing happy she sees. She will show ferosity and her claws at anything not gethic and she also worst of all her teeth and claws Apper to be sharper.

Personality: Ice is a brave kind she cat and always looking out for others. She little looks out for her self and is always putting her friends first. She dose have a more dark split personality which is almost like another cheeire all together.
split perso: When ice turns to her bloodlust stage its serch and destry for this cat. Everyone stays away when she gets like this most know but dont care they hang out with ice not bloodlust. She hates anything sweet kind and nice. She will kill you if you try anything and worst of all her behavior Two words evil cat.

History: When ice was a littl kitten she was kitnapped. She then withered back to her self but at the same time spliting her personality in some wired why so she almost became two diffrent she cats you can always tell when she changes. When she was 8 years old she got beat up and then with her other personality beat up the perpitratior. When she turned 15 her parents started beating her and they still do with the anger they pint up on each other. She has been scared for life seeing her grandma and grandpa kill one another.

Other: She has a very mental family her sister tulip is the only one who dosent have mental problems yet.

Appearance: she looks like her sister with shorter glossier fur. Her eyes aren't as sky blue their more sapphire blue. Her fur is also softer and has a silvery tint to it. She for some reason always has a back pack with her no matter where she goes and she is always near ice. Tulip always has her nails painted and is always clean no one has ever seen her dirty and if they did she might cry her eyes out.

Personality: Tulip is a total clean freak and the total opisit of her sister. Tulip is very determind and if you ever try to get her to give up "TULIP CHOP" and tack it from ice you dont want a tulip chop. Sometimes tulip can be worse then bloodlust but she's the only one in her family who's not mental.

History: When she was a kitten she as her sister ice got kitnapped. Tulip always looked out for her little sister she made sure bloodlust didnt take hold to much. When ice got up she was thier to stop bloodlust before something really bad happened. When ice got scared for life tulip was thier to make sure bloodlust didnt come out. Tulip is thier now every day when ice get home to stop thier now single mom from beating the beep out of her.

Other: The only non mental ct in the family so she hasent inharited the last name mental yet her last name is still what the familys last name should have been bowavard.

i have a question you know how sometimes thiers sopost to be twins but it dosent split and it stays together and makes a extra lim or something well could that have happened to ice and bloodlust but not a extra lim a extra mind.

um actually the other twin becomes a part of the twin that consumed it so yeah it would be like mind. that is fine.

For Tulip please check for spelling and capitalization. Other than that Tulip is accepted. Unless Matt has any objections.

1: They are in high school.
2: meet the sentence requirements.
3: Watch the language.