Mod
Did you read this???

Yes, I did! It's so amazing that Angelfall might be optioned for a movie. I would be so excited to go there together with my friends...

Cool. Now it's a matter of pitching it to the right people and getting it produced.

Mod
Caro wrote: "Yes, I did! It's so amazing that Angelfall might be optioned for a movie. I would be so excited to go there together with my friends..."

I've really become such a fangirl. I'm super excited about this possibility. Even though book to movie sometimes goes very bad, just the possibility sounds good.

Mod
Anna wrote: "Cool. Now it's a matter of pitching it to the right people and getting it produced."

Even if the movie's director gets it all wrong, there would still be Raffe and Penryn. And Mum.
And with Mum, there would be AWESOME (sorry for fangirling).

Funny you should mention this today. I just heard from the agent who said she was preparing to pitch Angelfall to major producers.

Don't get too excited, though. From what I understand, the whole movie process can be l-o-n-g and most options don't get made into movies.

Mod
Susan wrote: "Funny you should mention this today. I just heard from the agent who said she was preparing to pitch Angelfall to major producers.

Don't get too excited, though. From what I understand, the whole..."

Grrrr... (that is me growling by the way)... all these "other" books being made into movies and your book is way better. Hopefully, there is a producer out there with a brain!!!

It depends. If they see $$$ it will has a higher chance of going to film. Or maybe an independent foreign producer will run with it, find success, and then we'll get an American version. LOL

I use to be a movie buff. he he

Anna wrote: "It depends. If they see $$$ it will has a higher chance of going to film. Or maybe an independent foreign producer will run with it, find success, and then we'll get an American version. LOL

If James Cameron directs it, i will cry. And not in a good way.
My vote's with Michael Bay on this one..

I know Susan Ee mentioned it somewhere who she would cast for Raffe and Penryn but I don't remember where. Anyway, I do remember one choice she had for Penryn. It was the girl from 500 Days of Summer. Whatshername. *off to research*

Aha! Found it.
From AH's interview with Susan Ee at Badass Book Reviews

AH: If you could cast your novel for a movie, which actors would portray your main characters?

Susan: Since Jennifer Lawrence is taken as Katniss, and since movie production takes awhile to get going, Chloe Moretz or Hailee Steinfeld could be a great choices. They’re 14 now so they could grow into the role of Penryn by the time the movie is shot.

As for Raffe—that’s a tough one. Maybe Christian Bale? Or, if a younger actor is more appropriate, Alex Pettyfer?

I can see Chloe Moretz as Penryn. But I'd like to find someone who looks a little more mature.

Actually, I had asked her that question on my interview with her. Here's the link - http://badassbookreviews.com/intervie...

In the meantime, I've been looking at some blogs and there were some nice pictures (read shirtless) of some very handsome men - Ryan Gosling, Alex Skarsgaard, Ryan Kwanten, Alex Pettyfer, the guy who plays Alcide....darn! can't find the blog with the photos.

He might be a little young, but by the time they film it...

But Chloe Moretz as Penryn? Really? I mean, she's small. And not just because she's young. Her face is really small, too. I think she's too cute for the role.

She looks like a kid that still growing into her face. When I first looked at her pics she looked too cute but there are pics that made me think she could pull off Penryn.

I'm avoiding looking at Disney actors. They're too flat and way too happy.

Hmmm, to me Raffe looks like a young Jason Mamoa:

So any actor who liked that would be great. :)

For the Politician: Johnny Depp or even Alex Pettyfer in that role looking at that still from his Gallery!

I hope they do make Angelfall into a movie. I'm excited already.

I love your choices, can so picture Fel and Max together sfbakljsbgfkwjf, super excited

oh my god!!!! I was also thinking about the same actress the whole time i was reading the book, she's just perfect!!! ^^

Im not ready for an Angelfall movie... at least not till Susan's finished with the series. Im terrified new fans and a director will ruin it, like the massacre that is True Blood. Now Im just waiting for Sookie to die, I USED TO LIKE SOOKIE! and its all ruined....

reply | flag *
message 28: by [deleted user] (new)
Mar 25, 2012 07:06PM
Saoirse Ronan is an incredible actress, but um...she's going to be in the film adaptation of Stephenie Meyer's the Host. I'd hate to have people boycott Angelfall because 'that chick played a character from a Stephenie Meyer book'. I hear that a lot about Kristen Stewart and it seems less to do with her ability to act and more about Twilight backlash. (I hope this makes sense; I'm really sick and kind of jacked up on NyQuil haha)

If this really happens (And I'm hoping it is) I hope they keep the grotesqueness of it. All the violence portrayed, it wouldn't be AngelFall if they took out anything from it :)

Neyra wrote: "If this really happens (And I'm hoping it is) I hope they keep the grotesqueness of it. All the violence portrayed, it wouldn't be AngelFall if they took out anything from it :)"

I agree, I missed the horror of it in The Hunger Games, I think it took away from the movie,but there they were kind of restricted by the PG-13. I'm glad this one doesn't have that problem so if they make a movie, I hope they keep some of the horror. I don't like slasher movies but a little bit of horror doesn't hurt.

Yeah, they could make it Rated-R :) That way they could keep all the violence ^-^ Lol. I just think it paints a better picture, especially if they'll incorporate the scorpion angels, the children, low demons and all the cannibalism. To be honest, I've not read the Hunger Games so I can't comment on that cause I wouldn't know *.* lol.

OMG! They better not mess it up!

For my two cents... I think Armie Hammer for Raffe and Emma Watson or Haile Steinfeld for Penryn.

So behind... so incredibly behind on the news.
But..
OH MY DEAR GOD!!
I am incredibly excited for this, and happy for Susan!

Also, I agree. Emma Watson would make a good Penryn. Armie Hammer and Alex Pettyfer are excellent casts for Raffe as well (or at least, that's how I imagined Raffe to be)

I vote for Sarah Hyland as Penryn. She's gorgeous, and she's just how I pictured Penryn :) As for Raffe, I have no opinion, BUT he has got to be super hot. (And he needs to have some serious acting chops).

To me, Angelfall read like a spectacular movie, so it's no surprise that it has interest for optioning. I really hope that it's made into a movie!

It's official - it's been picked up by a studio to be adapted for the screen!!!! Check out Susan's Blog!

Sam Raimi being on board is pretty awesome.

SE had mentioned Alex Pettyfer as someone she could see as Raffe. 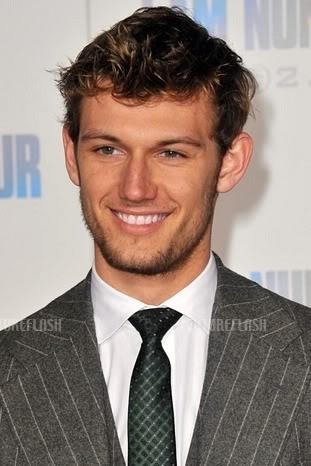 Alex Pettyfer is just how I imagined Raffe!! 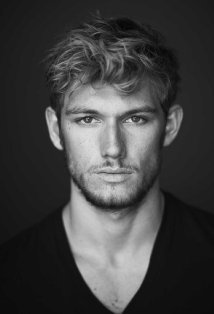 This movie better not ruin the book!!

Can't say I am a fan of Alex Pettyer. While he may have the requisite hero looks I,m not convinced about his acting. Wouldn't it be great to get an unknown.....!

I love your idea for Raffe :3

I can already tell :)

Whoever they get to play Pen and Raffe they HAVE to be able to act. But as far as looks go, how about Jeremey Sumpter (and it looks like he's done some gritty stuff too) 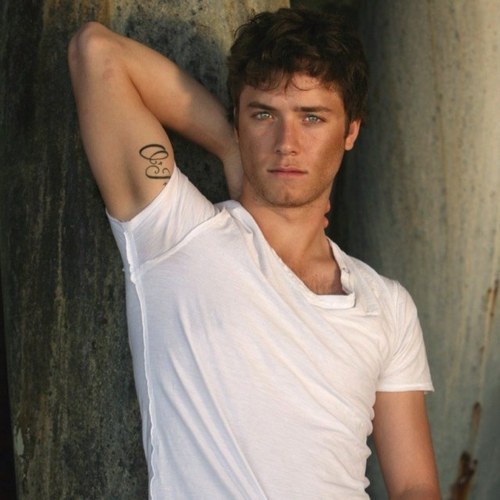 This could be the beat film ever but I they screw it up I sahll be so mad!!! Hmm I prefer that guy ^^ over Alex petiffer But I don't know who I would cast for raffe or penryn!

i think Henry Cavill would be perfect! and i really like the idea of Emma Watson playing Penryn.

as far as directors go, i wouldn't mind Sam Raimi, he has a great mind for horror, and he isn't afraid to let things get bloody. i also would love to see guillermo del toro direct, his creates the most frightening, and the most beautiful, monsters.

i hope the plan of making Angelfall into movie is still on. the production of City of Ashes has been withheld due to the under performing City of Bones. i think the producers just don't get much about what fans really want when they are adapting best-selling books to big screen:

1) a perfect male character that women of all ages would die for, for instance, Akiva (Daughters of Smoke and Bone); Edward Cullen (Twilight); Peeta Mellark (Hunger Games) and of course Raffe (Angelfall). All has one thing in common - loyal and does not fool around even with his Adonis appearance.

2) it has to be a good story!!!! had tried to read Mortal Instrument and Beautiful Creatures but failed to finish. honestly, i gave up BC after the first two chapters. And seriously, after watching the Walking Dead, i don't have the stomach to read Warm Bodies. Anyone who had read the Host should know that there's no peak in the whole thing. Absolutely NOT a page-turner. Moreover, Ian and Jared were not the loveliest fictional characters.

3) as BT and Netflix are so easy and popular, if film companies really want fans to go to the cinema, please listen to fans' requests: get a Tier 1 production team and gorgeous actors/actresses who know how to act.

I want whoever makes this a film to STICK TOO the story line from the book and not do stupid shortcuts that mess it up. This book is perfect as is!! I loved the Mortal Instruments series but they so chopped up the first movie. Please do right by my favorite Angelfall.