Name: WildStar?
Age: 26 moons
Rank: leader
Appearance: [image error]
Personality: Wildheart is a wise cat. He will not judge at first sight only on action. He is smart and kind. But when he is pushed into fighting he will fight with out hesitaion.
History: when he was a kit his mother was killed by a fox that was attacking the camp. Later his only litter mate and sister was killed as an apprentance during a battle. After that it was pretty smooth sailing.Till the leader and the deputy died at the same time. He quickly stepped up when no on else did.
Crush: open
Mate: open
Mentor/Apprentice:open
Kin: closed their all dead.
Other:

Mod
Sure, Natasha, Wildstar can be leader. Be sure to roleplay him actively :)

Mod
Name: Secret of the Wind (Secret)
Age: 30 moons
Rank: Elder
Appearance: http://images.google.com/imgres?q=sec...
Personality: Secret does not often talk to other cats. She is very quiet, but lighthearted She wasn't always a member of the clans, and Wildstar wanted to give her the name of Secretshadow, but she wouldn't have it. She still accidentaly followeds the customs of her old group of cats, the Seekers, sometimes. She still doesn't feel as though she fits in with most of the clan cats, as the Seekers were very different from her new home. She is still young enough to fight, but she resides in the elders den because she is still learning battle techniques. She wants to remain there, for it is peaceful and quiet.
History: Secret used to belong to a group of cats called Seekers. She was raised there and trained to hunt, but not to fight. The Seekers had no enemies. They did not reside in one place, either. They were constantly moving from location to location. When they happened to stumble across Stormclan, Secret and her sister decided to stay. They both kept their full names, though. They preferred the life of living in a set camp with friends they could trust.
Crush: Open
Mate: None
Mentor/Apprentice: None
Kin: She has a sister!!! Can someone make her sister?
Other: None

Mod
Name: Cinder (Cinderpaw)
Age: 7 moons
Rank: Not in clan
Appearance:
[image error]
Personality: Cinder is the sweetest cat you'll ever meet. Not only is she respectful, but she's kind and fun to talk to. Nobody dislikes her, and she has only a few close friends. She doesn't fit in as a regular apprentice, though. She hates battle training and doesn't find hunting very fun. She finds herself spending most of her time in the Medicine Den, with the medicine cat. Eventually she'll find herself as a medicine apprentice.
History: Cinder is not a member of the clan. She is a kittypet, and she lives near the clans. She doesn't know this, of course. Her mothers name was Mitzy, and her two brothers' names are Romulus and Remus, after the founders of Rome.
Crush: NONE
Mate: NONE
Mentor/Apprentice: Not in clan
Kin: Mitzy, Romulus, Remus
Other: None

((Basically, once Cinder finds out the clans are living in her "back yard", she wants to join. She's a kittypet, yet she's friends with many loners from the forest and she respects the life they live. She herself wants to become a loner, unless she finds something else-- aka the clans.))

Name:Silversplash
Age:23 Moons
Rank:Warrior
Appearance: http://fc02.deviantart.net/fs34/i/200...
Personality:Silversplash is a shy she-cat, but she actually has a lot to say. She doesn't like being made fun of, and has a hard time dealing with criticism. Silversplash often finds herself finding refuge in the medicine cats den, though she never wants to be a medicine cat seeing as she someday wants to have a mate and kits. Silversplash hates fighting, but is actually very good in battle when she does fight. She prefers hunting though she always feels a little bad for killing her prey. Overall Silversplash is a very kind, loving and sweet she-cat.
History:Silversplash was born in late leaf-bare alongside her two brothers; Snowkit and Stormkit. Their mother, Maplewing, unfortunately only stayed a live long enough to name her three darlings. Silverkit, Snowkit, and Stormkit were raised by another queen by the help of their father, Darkshadow. The three kits were soon made apprentices. Silverpaw excelled in her training but shied away from any fighting, unlike her brothers who loved to go into battle. There liking of battle was probably what led to the death of her brother Stormpaw, who was killed when he went out and fought a loner on his own. Silverpaw and Snowpaw grieved for their brother, and 5 moons later were made warriors. Silverpaw, now called Silversplash, and Snowpaw, now called Snowstorm are both now very close.
Crush:
Mate:Open
Apprentice:Open
Kin:Darkshadow(Father;Deceased)Maplewing(Mother;Deceased)Stormpaw(Brother;Deceased)Snowstorm(Brother)
Other:Wants kits

Could someone make Snowstorm?

Name: Snowstorm
Age: 23 moons
Rank: Warrior
Appearance: http://www.google.com/imgres?q=gray+c...
Personality: (at least 5 good sentences!) He is a loyal, and laidback cat. He doesn't like fighting very much, but he pretends to love it, and he's really good at it. He loves to hunt and run. He isn't strict but he cares about rules. He loves kits, but doesn't plan on having any.
History: (optional) Same as Silversplash
Crush: OPEN
Mate: OPEN
Mentor/Apprentice: OPEN
Kin: Darkshadow(Father;Deceased)Maplewing(Mother;Deceased)Stormpaw(Brother;Deceased) Silversplash(Sister)
Other:

Name: Ripplepool
Age: 25 moons
Rank: Warrior
Appearance: http://www.google.com/imgres?q=blue+g...
Personality: (at least 5 good sentences!) He is a sweet and kind tom. He loves clan life, but hates fighting and hunting. He is an open book, and is loyal to his clanmates. When fighting, he tends to show mercy, but when someone does something unforgivable, he will not let his weakness get past him. He loves to border patrol.
History: (optional) He and his two brothers (Slashpaw and Spiritstorm) had no parents (abandoned.) Slashpaw was weak and died at his apprentice stage and now Ripplepool and Spiritstorm are together. But, recently, they heard their parents were alive.
Crush: Silversplash
Mate: OPEN
Mentor/Apprentice: OPEN
Kin: Slashpaw(Brother;Deceased) Spiritstorm(Brother)
Other: 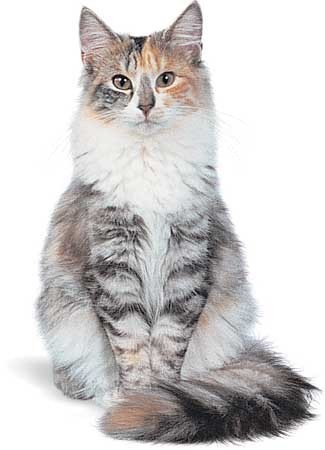 Personality: Moonfeather is kind, caring and gental. She would never want to hurt a thing in her life, unless something is trying to hurt her clan or kits.
History:
Crush:closed
Mate: if someone would like to make him PLZZZZZZ
Apprentice:open
Kin:open
Other:

Mod
Can Secret and Snowstorm be mates? I want them to have kits! ^_^