Name:
Age:
Look:
Grade:
Power:
History (How long have they been at the school?):
Other:

Name: Tina "Tiny"
Age: 16
Look: http://g-ecx.images-amazon.com/images...
Grade: 11
Power: Telekinesis
History: Her dad is the Headmaster, and she used to go to another school until she joined the soccer. The team never lost with her on it, and when her dad asked how she did it, she showed him her power.
Other: She's been going to the school since her power showed up at the age of 7.


Name: Snake (She legally changed it)
Age: 17
Look: http://media.photobucket.com/image/da...
Grade: 12
Power: Can see the dead
History: Snake's powers showed up when she was still "Sally." At ten years old, she started talking about her dad's dead little sister (who no one ever told her bout) and sad that the girl was her new friend. A year later (after countless visits from other ghosts) Snake moved to Carton.
Other: She really doesn't like seeing ghost and often yells at them.

The ability to travel through electrical conduits (such as power lines or telephone lines). Can enter through devices such as televisions, electrical poles or computers.

-History- Sebastian's twin, Sini is the complete opposite of her chilly twin, and doesn't let her rather horrid past affect her outlook on life.

Born in a rather high-class Finnish home, her and her brother were each other's life support, protecting each other when their parents raised hands against them.

The forced prodigy, she was required to learn ballet as soon as she was capable to walk, and everything came second to that. At one point, she worked so that she fainted at a recital from lack of nutrition.

This reflects in her early teen years where she suffered from anorexia, and subsequently what activated her powers (which are almost mirror of her brother's own). Trying to escape her father, she was running through there Italian home and fainted, crashing her head into a light socket, disappearing from the spot and turning up a week later dishevelled and bearing burn marks half way across the globe in China.

In school, she generally avoids people and remains quiet, like a church mouse, so most people don't notice her. 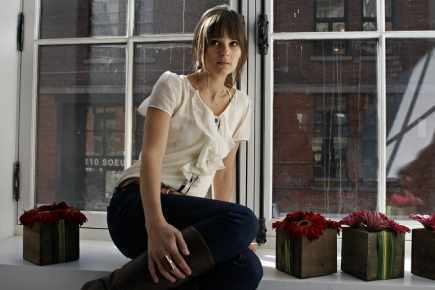 History Lea had a rather normal life before coming here. She was born on April 27th, 1994 at Jeffery Hale Hospital in Quebec City, Quebec.

Not much really happened until one day she was visiting her grandparents in Cleveland, OH and made the Renoir painting of a young girl when she was 10

After that day she wasn't allowed to leave the house and spent most of her time drawing friends to hang out with.

On her 14th birthday she received an invitation to Carton Academy for the Extremely Gifted and accepted immediately, wanting to escape the home she'd been trapped in for the the past four years

Name: Dimitri Belladonna
Age: 14
Normal look: Long curly orange hair, One green eye and one brown eye, pretty average height(5'5" 1/2), medium tan skin, braces, some freckles around her nose and forehead. So pretty much, normal looking except for her hair.
REAL Look: Super pale skin, white/blonde hair, grey eyes, very thin skin, braces
Grade: 9th(right?)
Power: Change her appearance, but not at will. Takes about two days for change to take full effect
History: Born to a normal family on August 3, 1997 in Albany, New York. Her appearance was always odd and sort of frightening, but as she grew older, it got weirder. Her hair and skin bleached and her eyes turned grey. Her parents were so revolted at the sight of their daughter they put her up for adoption at age 10. She was in the system for three and a half years, and during that time a boy named Arthur fell in love with her. But she was sent off to a special school in the summer of 2011, a little after her fourteenth birthday, breaking Arthur's heart. She has been at the school ever since September 2nd, 2011.
Other: Rarely shows her true form, wears bracelet made from string and beads. Normally wears green short-sleeved t-shirt with the cover of Bob Dylan's Oh, Mercy album on it's front and blue jeans taht are a little too big.

Mine too? I'm sorry for being an ass. I've just had really bad experiences in groups with accepted characters only.

Your character is okayed to, I said they bother were

There are four characters, so I didn't know...

Well one is mine, and the other was already okayed. So that just left two.

Mod
I just realized that right now, the female to male population is 5/1.

Carton Academy for the Extremely Gifted