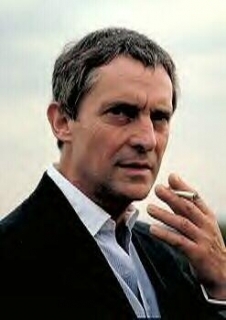 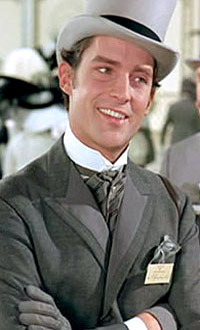 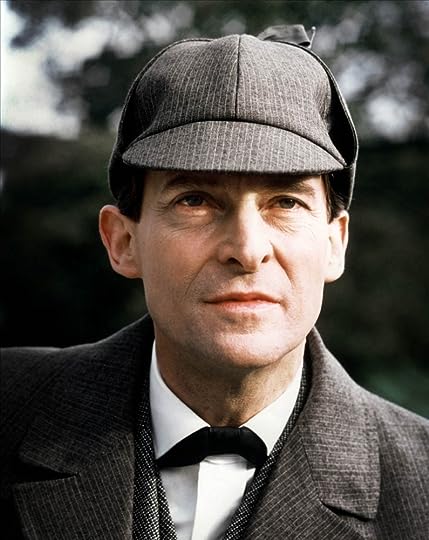 The Brettish Empire's FAQ on Jeremy.

Calabash Press is selling a 2010 edition of Bending the Willow: Jeremy Brett as Sherlock Holmes by David Stuart Davies. I had previously seen an earlier edition for this on amazon for a lot of money! Like $300 a lot.

I am sorry to be late in saying this, but I mean with all my heart, Happy Birthday, you are greatly missed Jeremy! By far the best Holmes in my opinion.

I strongly second Joanna's suggestion that anyone interested in JB pick up Bending the Willow - totally essential.

I bought "Bending the Willow" when it first came out but I wouldn't sell it even if I thought I could get $300 for it!

Hello all, I was wondering what some of your favourite Granada SH episodes are. I've found a few lists online but they don't feature my personal favourites. I remember liking:

Scandal in Bohemia would be one of my favourites if I could imagine that actress as Irene Adler but I just can't.

And I cannot resist:

Sarah wrote: "Hello all, I was wondering what some of your favourite Granada SH episodes are. I've found a few lists online but they don't feature my personal favourites. I remember liking:

Late to replying, but "The Blue Carbuncle" is annual Christmas viewing for us. We consider it a Christmas classic.

I fear I'm becoming soft as I grow older, but I think my favourite JB episode is "The Master Blackmailer" when he becomes engaged to a housemaid in order to gain information and is confronted both with a critical moral dilemma and some uncommonly strong emotions. That scene under the trees - tchk tchk - was a very near run thing!

Sarah - LOVE that gif! He was always a too-good-looking Holmes as an older man but he was a bloody Adonis in My Fair Lady.

One thing that's problematic in the Milverton story is the "engagement." In Holmes' day - which his knowledge of British law would tell him - is that an engagement - that is, an offer of marriage and an acceptance of the offer - was a contract. Holmes is gambling on the fact that Aggie's rival will persuade her to break her engagement to "Escott" - if a man broke an engagement, he could wind up in court, sued for breach. In this case, compounded by fraud. Unlikely that it would involve jail time, but there would be money damages, as well as the injury to Holmes' reputation.
One interesting note - Charles Augustus Milverton was based on an actual fellow, Charles Augustus Howell, a rascal, cheat and "fixer" well known in the latter 19th century art community.

I watched a few episodes this week of the Granada series - the last one, which was The Cardboard Box - very good and Brett looked a little better than he did in some of the previous episodes.
My favorites are probably The Copper Beeches, The Red Headed League, The Blue Carbuncle.